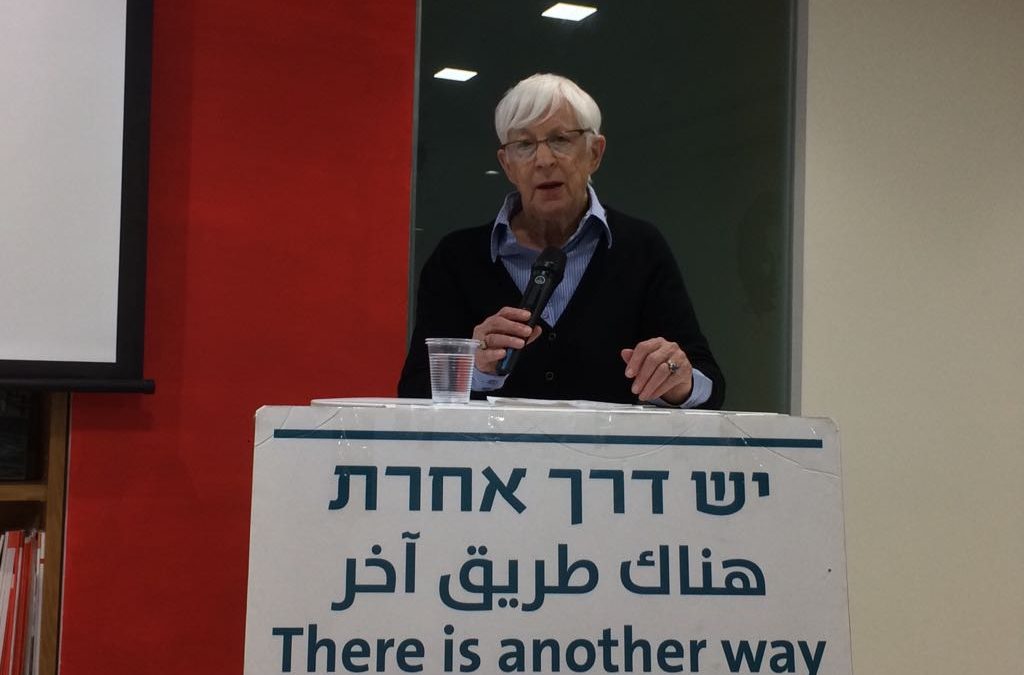 In these times of US elections, there are many statements of support for Israel, by people from both parties and the candidates themselves.  Many of these are tactical, to attract certain voters or interest groups, many are probably quite sincere.  Still I have to wonder if they really are pro-Israel in the sense of potentially helping the state of Israel.  This is a not a theoretical or intellectual matter for me.  Given the importance of American support for Israel, it may be an existential matter, one of life or death for me, my children and my grandchildren.  As an Israeli, a now retired professor who immigrated to Israel from the United States as a single adult in 1966 and lived, worked and raised a family mainly in Jerusalem (more recently in a suburb of Tel Aviv), a pro-Israel position in Washington is of importance to me.

Obviously a pro-Israel position is one that demonstrates concern for the future of the country, more specifically, and ultimately, the hope that the country and its people may live in security and relative well-being.  In short, that the country be at peace and its people no longer threatened on a daily basis by the dangers of military attack, terror or vilification.  That’s a tall order, and perhaps there can never be fully ensured security, but someone who is pro-Israel would probably wish that we might come at least close to such a reality.  So what would that mean?  I think the answer is peace, between Israel and its neighbors, at a minimum.  Possibly with international or American guarantees and safeguards, but the underlying requirement would be peace, an end to the conflict between Israel and its neighbors, including, perhaps most of all, the Palestinians, given our conflicting claims to the same piece of land.

So the possibly well-intended American step of moving the embassy to Jerusalem and taking the Jerusalem issue off the table, as President Trump declared, is of questionable help.  As an Israeli, and particularly as a former Jerusalemite, I long thought it ridiculous and unjust that the original UN decision of 1947 declaring Jerusalem an international city continued to be adhered to by Washington.  The city was split during the fighting of the 1948 war, and in 1949 Israel moved its government buildings to West Jerusalem as the capital of the new state.  Jordan built a wall between the two parts and declared East Jerusalem a second capital for Jordan.  Following the 1967 war, Israel expanded and annexed east Jerusalem, declaring the city united, without, however, according the same rights to the residents of East Jerusalem as those enjoyed by residents of West Jerusalem.

In its 1988 declaration of support for a two state solution and recognition of Israel’s right to live within secure and recognized borders, the PLO maintained that the Palestinian state should have its capital in East Jerusalem.  That has been the Palestinian position since then, and the position of the 2002 Arab Peace Initiative, both of which call for the creation of a Palestinian state in the West Bank and Gaza, namely the areas occupied by Israel in 1967.  This is a position supported by the Muslim states, given the importance to Muslims everywhere of holy sites in East Jerusalem (just as other holy sites in East Jerusalem are important to Jews, and to Christians worldwide).  It is also the basic position of the international community, enshrined in numerous UN resolutions and international law.  Moreover, it is a basic tenet of any possible peace deal with the Palestinians, and one that has the support of the Arab states as well.  So ignoring this, accepting Israel’s control of both East and West Jerusalem, taking the future status of East Jerusalem (and the Israeli settlements built there since 1967)  off the table can hardly be seen as contributing to a possible peace agreement.

One might say the same for recognizing Israeli’s annexation of the Golan Heights.  The area was never disputed even by Israel as originally belonging to Syria, even in peace talks between the two countries over the years.  The issue was – and remains – the actual borders of the area, how deep the Israeli withdrawal would be and the nature of future relations between the two countries.  But there was never even the slightest possibility that Syria would abandon its determination to have the Golan returned to it, as Egypt had the Sinai returned to it, in exchange for peace.  The civil war in Syria took the issue, and peace talks, off the agenda, but if there is ever to be a chance for peace between Israel and Syria, Israel’s control of the Golan Heights will be up for negotiation.  So, here too, taking the Golan off the table, as a gesture to Israel, does not really serve Israel’s long term interest in peace with Syria.

Now there has been another so-called breakthrough for Israel: UAE-Israel Agreement.  Indeed it is positive for Israel to have relations with still another Arab state.  However, this agreement has actually broken one of the major incentives for peace.  The promise of normal relations with Israel, contained in the Arab Peace Initiative of 2002, was based on resolution of the Israeli-Palestinian conflict by means of the creation of a Palestinian state next to Israel, in the occupied West Bank (including East Jerusalem) and Gaza.  Normal relations with the Arabs was a major incentive for Israel to move toward resolution of the Palestinian issue.  This has now been lost; Israel is free to reap the desired rewards of relations with additional Arab states without, however, ending the occupation.  And so, we are no closer to peace.

It can be argued that opposing major arms sales to Israel’s enemies, or supporting a total boycott of Israel (BDS, as distinct from sanctions against illegal Israeli settlements) may be helpful, or not.  But such positions are not deal-breakers for a future peace deal.  There are several core issues that Israel must negotiate if there is to be a chance for peace:  the status of East Jerusalem, Israel’s borders, security arrangements, the settlements, and, in the case of the Palestinians, the refugees.  These are complex issues and will most likely demand complex solutions.  However, unilaterally blocking the path to negotiation and possible agreement on any one of these issues does not serve the task of reaching peace.  Perpetuating the current situation and the unresolved conflict, especially between Israel and the Palestinians, does not constitute a contribution to peace, or security for Israel.  And so, this can hardly be called a pro-Israel position.

Demonstrating for Democracy by Kochav Shachar