WHO ARE COMBATANTS FOR PEACE?

Combatants for Peace is a grassroots movement of Israelis and Palestinians, working together to end the occupation and bring peace, freedom and dignity to both peoples. It is the only organization worldwide that was founded by former fighters on both sides of an active conflict. The movement began in 2005 and was nominated for the Nobel Peace Prize in 2017 & 2018.

Combatants for Peace serves as a model and catalyst for democracy, equality, freedom and dignity for all Palestinians and Israelis. We are building a just and peaceful society from the ground-up, through egalitarian community building, grassroots organizing & joint nonviolent civil resistance.

We will not be silenced.

by Rotem Levine, CfPeace activist.
*
Last Saturday I was arrested for the first time in my life. Five policemen attacked me while I was standing with thousands of other nonviolent protesters in Paris Square, they were relatively gentle with me, compared to their usual. When I was put on the bus, I noticed that my shirt was torn and that I had a burning, bleeding abrasion at the center of my forehead.
Mor, the officer in charge of the bus, quickly closed the curtain so that photographers could not take pictures from the outside. They made me swear that I would not use my phone, otherwise they threatened to handcuff me. Mor asked me, Tell me bro, isn’t it a shame? You look like a good guy to me and this is your first arrest. Why do you need a police file?”

The phrase “police file” raised doubts in my heart for a moment. Really, why do I need that now? I have a final exam in medical school coming soon, they will probably delay me at the police station until the morning, maybe later than that… and what might happen to my medical license?

These thoughts spun through in my head, but I recovered quickly and answered him instinctively: “There are moments in life when the heart tells you that you did the right thing. I feel just like that now. “

As I mentioned, it was my first arrest, but this is just the beginning. I will continue to follow my heart, even if the price is being detained – until Bibi resigns. But, we have no intention of stopping with the slogan “Bibi will resign”, we are here to change the system. The discriminatory and racist system that David Ben-Gurion and his friends from Mapai (Labor) established in ‘48, first with the violent and systematic deportation of 750,000 Palestinians, the elimination of over 500 villages and the passing of emergency legislation that prevented these people from returning to their ancestral homes and lands. And what did they do with the houses and lands of the Palestinians? Whatever the leadership from Mapai wanted; they took for themselves or their Ashkenazi relatives. The rest was passed along to the Mizrahis, but of course, not much remained..

We come to change that. We will establish a true democracy here where everyone is EQUAL, everyone, without exception: Ashkenazis and Mizrahis; religious and secular; refugees and asylum seekers; Palestinians from ‘48, ‘67, from Gaza, and from the  West Bank; Jews and Palestinians from the Diaspora. We all must embark on this journey together, joining together in a deep healing process that begins today. We consciously choose to stop being afraid of each other. To stop believing in the politicians, or teachers, or even our own parents if they tell us how different we all are, teaching us to be afraid saying that we can never have peace and equality between us. Why should separation and distance be the only realistic solution? We choose “togetherness” out of a clear and unambiguous knowledge that deep down we are all one, and that is what really matters.

In the new reality that will be created here, members of minority and underprivileged populations will not have to serve as mercenaries in an army that carries out oppressive and repressive operations, denying the rights of an entire people, in order to get some semblance of their own equal rights and treatment.

The well-known and familiar question in job interviews, “What did you do in the military?” will no longer be relevant. Then maybe the Israeli Generals who finish their time in the army (and recieve huge pensions as a result), won’t go straight to the halls of the Knesset, as if that’s what we are lacking – more militarism and men who know how to wage wars in our government.

We choose to stop fighting. We choose to love. Everyone. No matter their religion, race or gender. 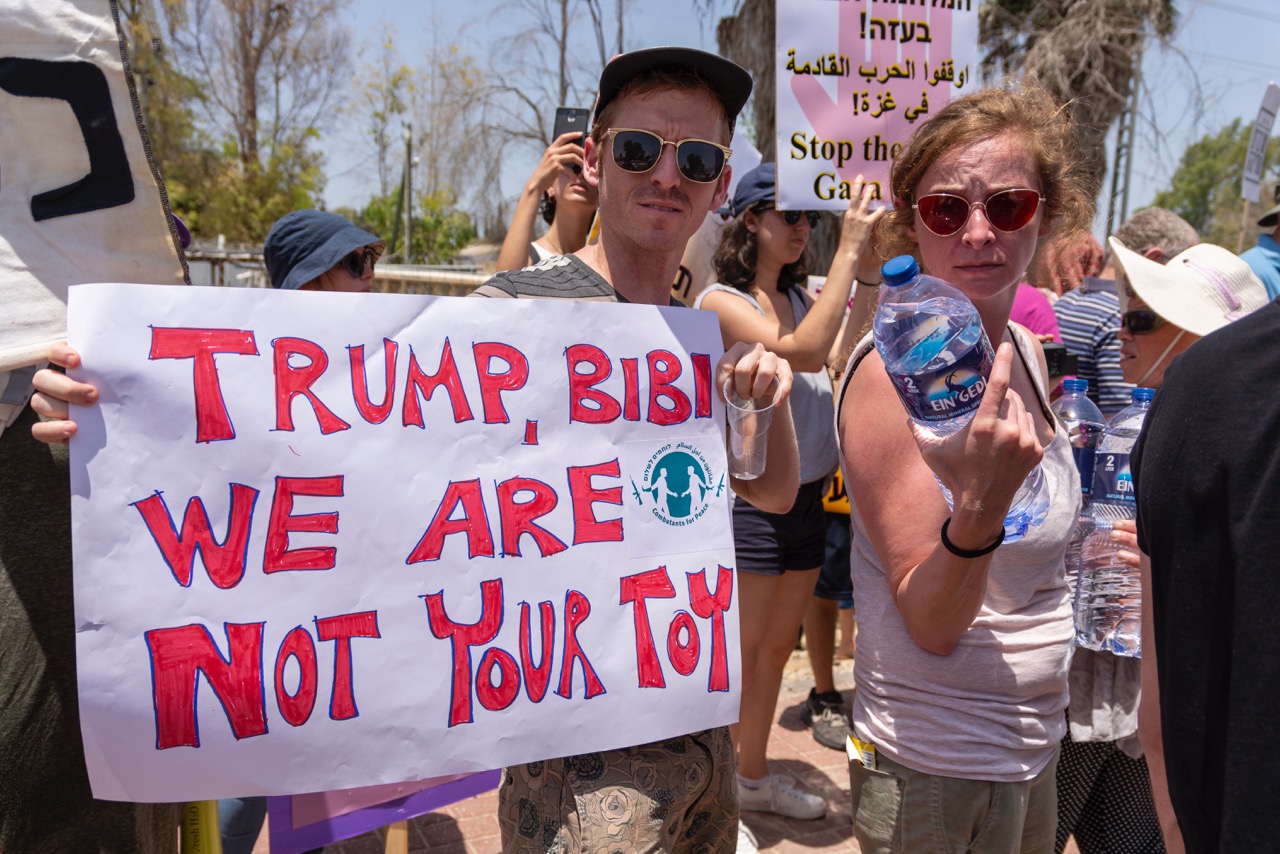 Donations can also be mailed to: