Injustice Anywhere is a Threat to Justice Everywhere!

We know the situation is bad…

…but there is hope!

fear, hatred and violence often seem to dominate our world. Here, we are in the 50th year of the occupation of the Palestinian people. It can seem desperate at times… But we have good news for you – together we can change that! Join us in this special year of campaigns and activities. Help us to bring hope and love to Palestinians and Israelis alike! Together we can make a difference – and can convince our communities to rise above hatred and fear.
These last few weeks have been amazing at Combatants for Peace: We were nominated for the Nobel Peace Prize!! We met with Richard Gere. Our documentary, Disturbing the Peace, has won even more awards, we are preparing for the annual Alternative Memorial Day and our groups and activities have been as active and busy as ever.

Join us in our struggle and help us advocate for peace in a world torn by conflict! Please, donate and support us in any way you can. As you know, your voice is critical! SHALOM and SALAM from the Holy Land!

Updates about our achievements and activities

We are a Nobel Peace Prize Nominee! 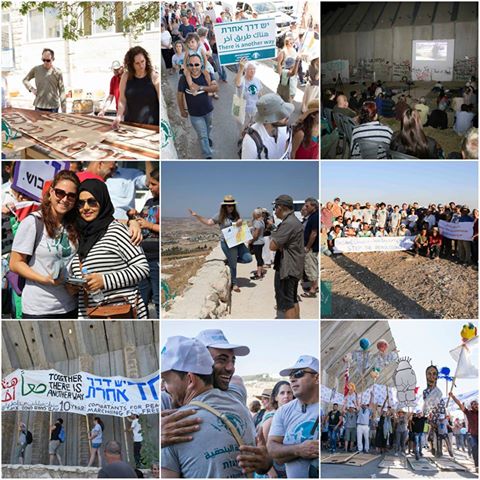 We are humbled and honored to inform you that Combatants for Peace was recently nominated for the 2017 Nobel Peace Prize according to the Nobel Peace Prize Watch and confirmed by the nominator. We thank our partner, trainer and friend, Professor Stellan Vinthagen, a qualified nominator to the Selection Committee, for this nomination and for his kind words of support. Professor Vinthagen named us for our non-violent, bi-national activism, noting that we are the only peace organization, to his knowledge, that was formed by armed combatants in an ongoing conflict.

The Israeli-Palestinian Memorial Day Ceremony comes to remind us that war is not an act of fate but one of human choice. On this particularly difficult day, Israelis and Palestinians acknowledge the pain and the aspirations of those living on the “other side” and strive to prevent the next wave of violence.

As every year, thousands of Israelis and Palestinians will join our call for an end to the violence in our countries. The day will be held simultaneously in Tel Aviv, Beit Jala in Palestine and, for the first time in Haifa. Many people around the world will host a public live streaming of the event. We will be able to reach tens of thousands of people who will listen to our call of ending violence and hatred.
Even though every year politicians try to stop and de-legitimize the event, the Israeli-Palestinian Memorial Day has become one of the biggest bi-national events in the region.
More information, including a small film, can be found on our Indiegogo Campaign Website or on CFP’s website. 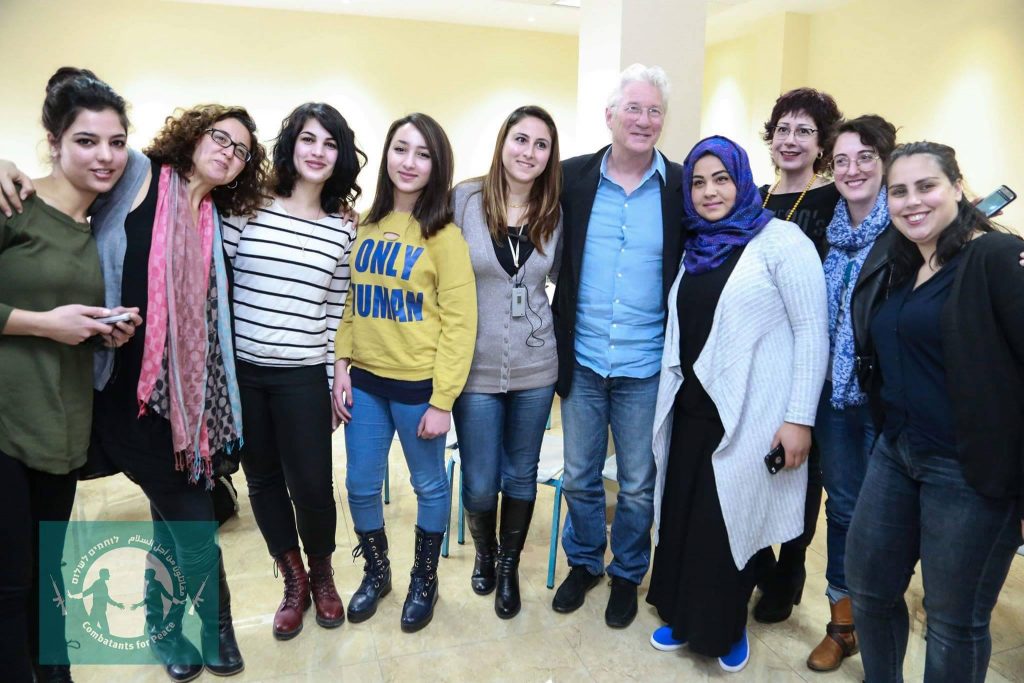 A group of activists from Combatants for Peace met with Mr. Richard Gere. Jamel Qassas and Chen Alon, two of the movement’s main activists, told Gere their personal stories of how they transformed from fighters who take part in the armed conflict between Israelis and Palestinians, to peace activists who lead a non violent struggle for peace.

Activities of the Regional Groups

The Bethlehem-Jerusalem group, together with Solidarity of Nations – Achvat Amim organized a work day and a market of local products on the land of Nassri Abedraboo which is located at the outskirts of the Palestinian village Al Walaje – between Bethlehem and Jerusalem. Together, we helped Nasri to rebuild his garden, which had been destroyed by the Israeli army. 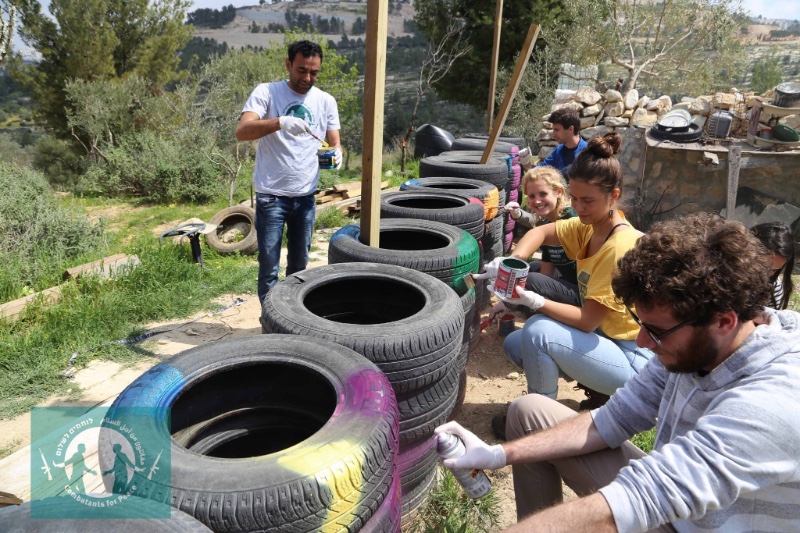 This beautiful day on Nasris’s farm was just another example of how we can build a new reality based on our joint vision of peace and humanity. These joint nonviolent activities show that love and action really works!
The day ended with live music performance by the Israeli Palestinian band “Middle of the Road.” 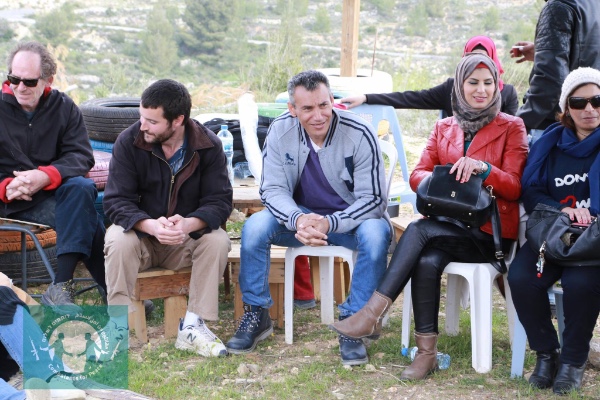 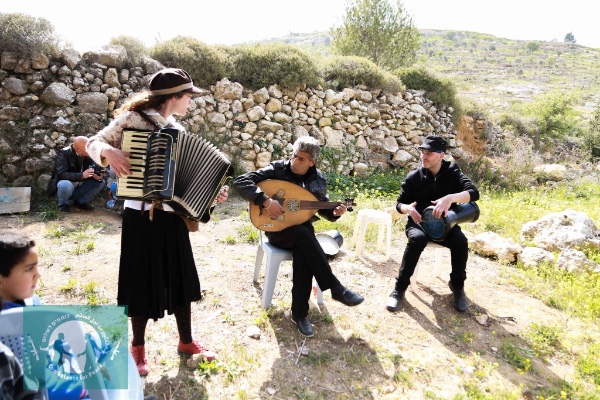 One of our main bi-national activities at CFP are guided tours in different areas of the occupied territories. Each week, several tours are offered to the general Israeli public, school classes and pre-Army groups. One example: our Jerusalem-Jericho group organized a successful tour of 54 Israelis, to the northern Jordan Valley. The tour went through the villages in the area, the participants met with local Palestinians and heard from our activist about the movement. 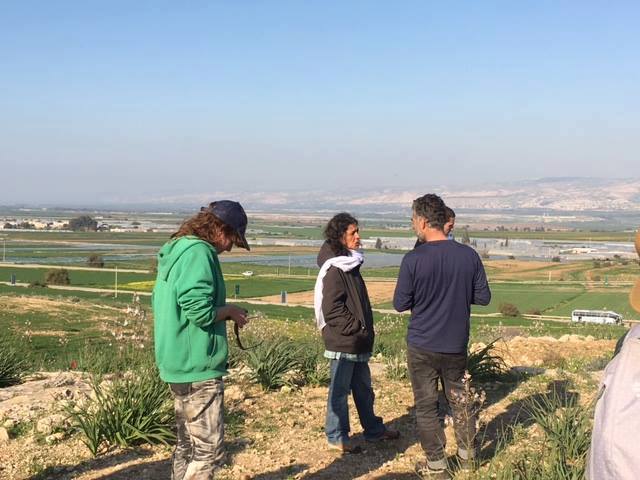 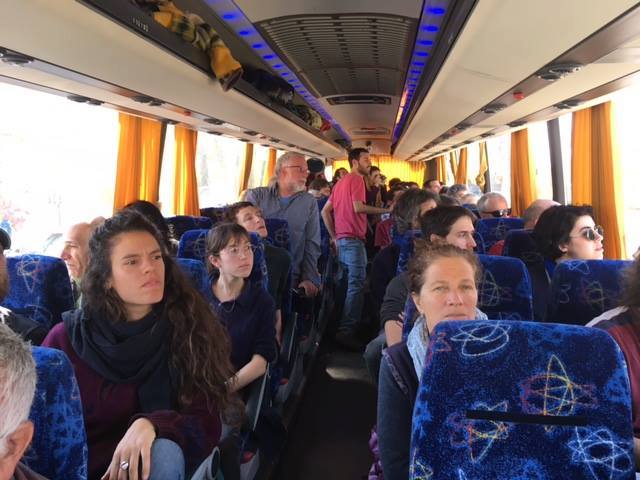 Khaled and Udi from our Jerusalem-Bethlehem regional group, met with 30 students from Be’er Sheva. We toured the Gush Etzion region to see the reality of the Palestinian residents. Then we had a discussion in which Khaled and Udi told their personal stories. We are excited about these kinds of challenging encounters, which open minds and hearts! 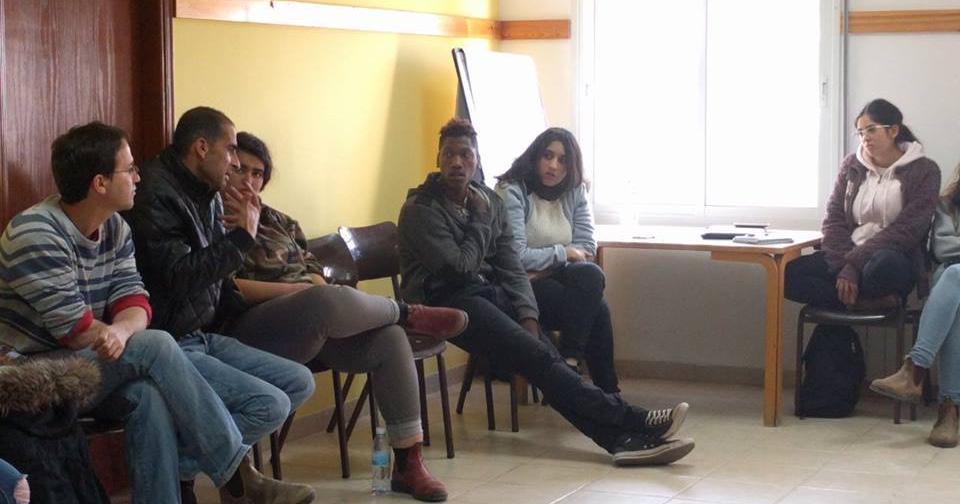 And finally, the Tel Aviv – Nablus Group represented Combatants for Peace on the fair of many peace organizations who started the year promoting an end to 50 years of occupation in Tel Aviv. The olive oil, made by Palestinian members of the group, was very popular and many people signed up to join Combatants for Peace! 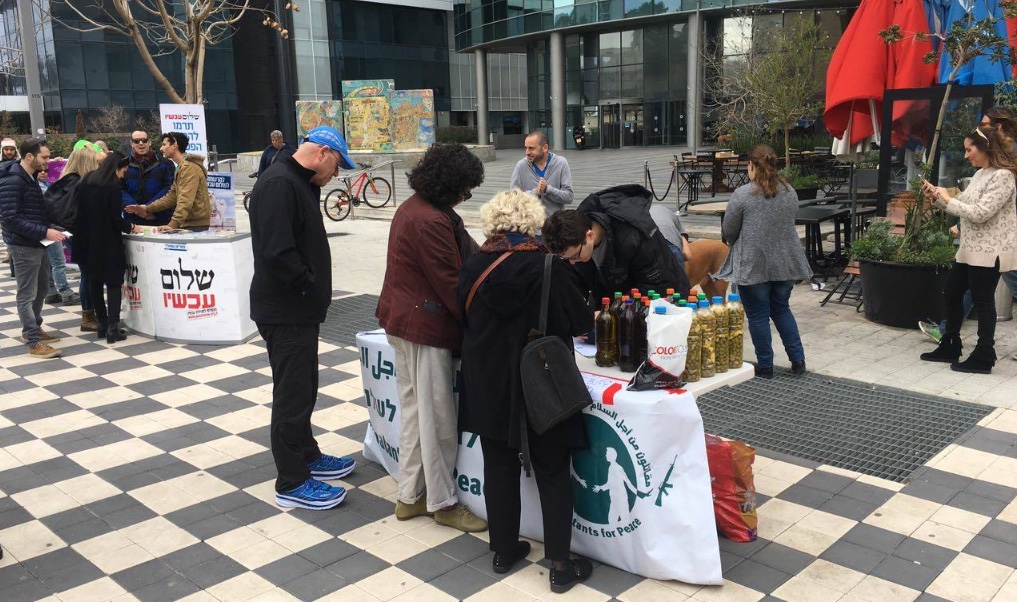 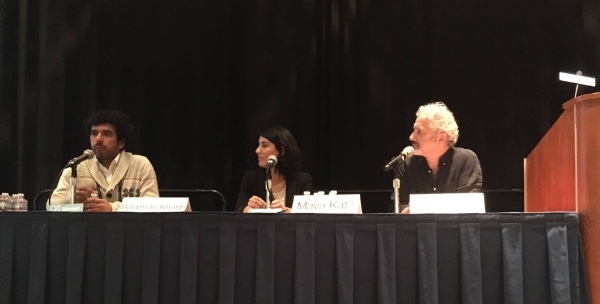 Our activists Souli Khatib, Maya Katz and Galia Golan attended the 2017 J Street National Conference in Washington, D.C. The biggest gathering of people believing in Coexistence and Peace for Palestine and Israel in the United States. Our delegation consisted of Representatives of CFP, Disturbing the Peace film makers, and American Friends of CFP. During the panel Director Stephen Apkon, Maya and Sulaiman shared and narrated clips from the film. They discussed the film’s impact on creating open and empathic conversations in both Israeli and Palestinian societies. They also talked about the challenges and opportunities in bringing the film to campuses and communities across the world. The film serves as a model in creating “brave spaces” and helps people develop deeper and more authentic relationships with both Israel and Palestine. Join our nonviolent movement by getting in touch with our American Friends Group!)

Updates on “Disturbing the Peace” 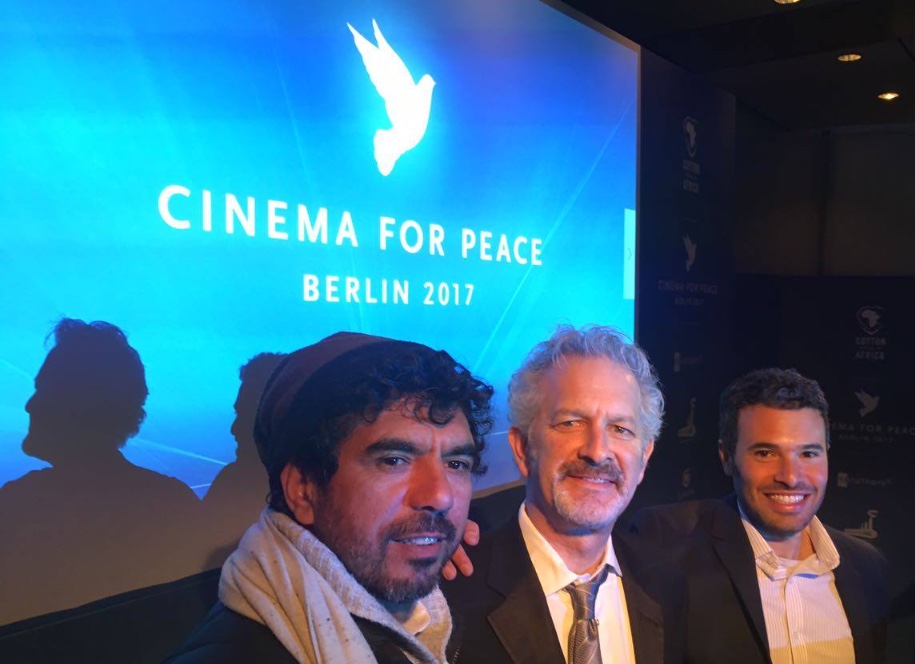 The film “Disturbing the Peace” keeps on winning awards and prices. In February, producer Steve Apkon and members of Combatants for Peace have been awarded the Cinema for Peace Award as “Most valuable Documentary 2017” at the Cinema for Peace Gala in Berlin. In March, the film has just been screened at the “Movies that Matters”-Festival in The Hague, Holland. But while the film is traveling the world, we keep on screening the movie and spreading its universal message also here in Palestine and Israel. Almost daily, we organize screenings in Israeli cinemas as well as Palestinian communities and learn from each other. Contact us if you want to host a screening for your community! 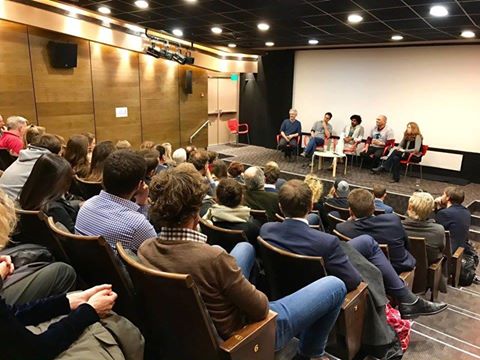 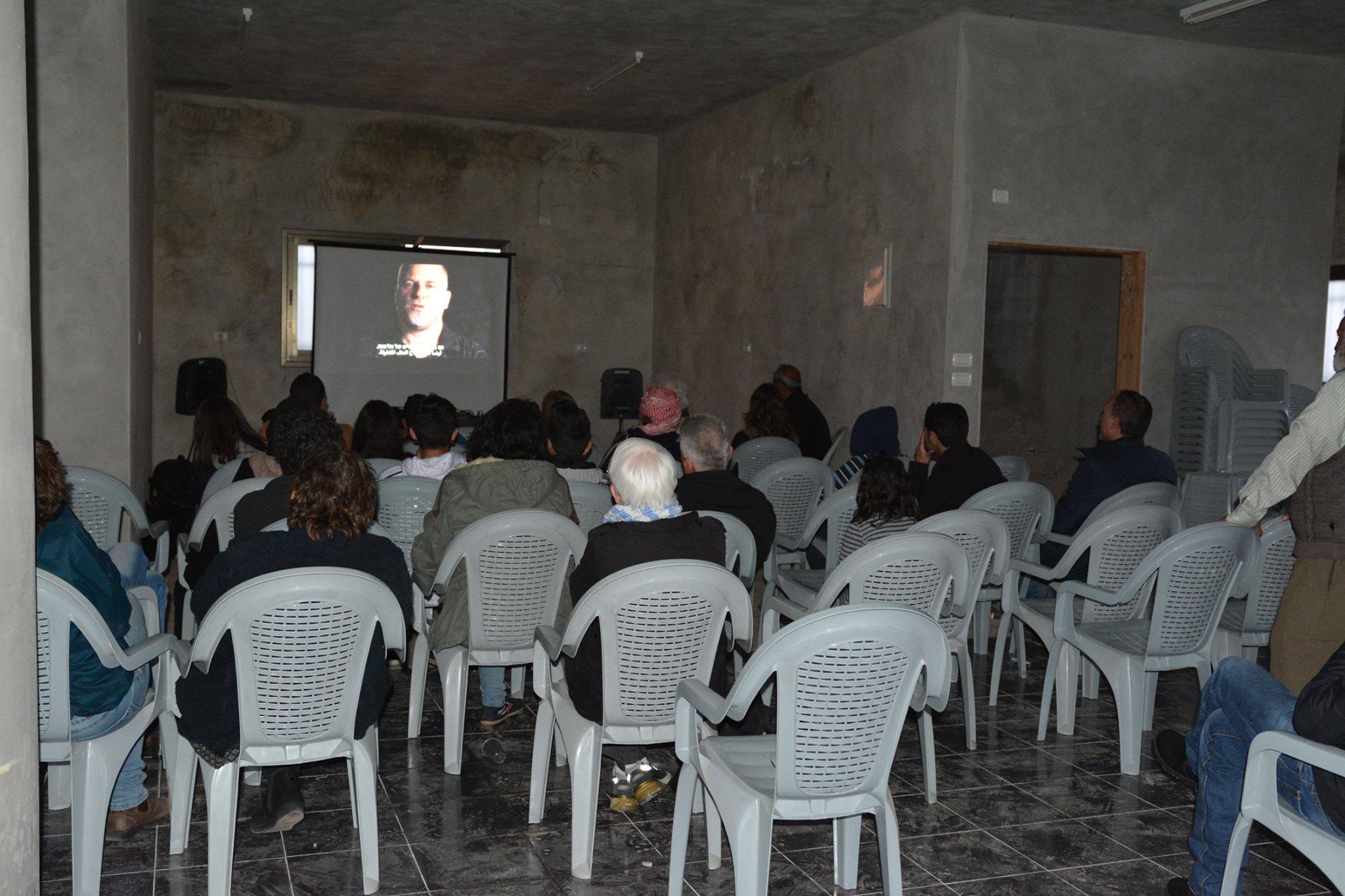 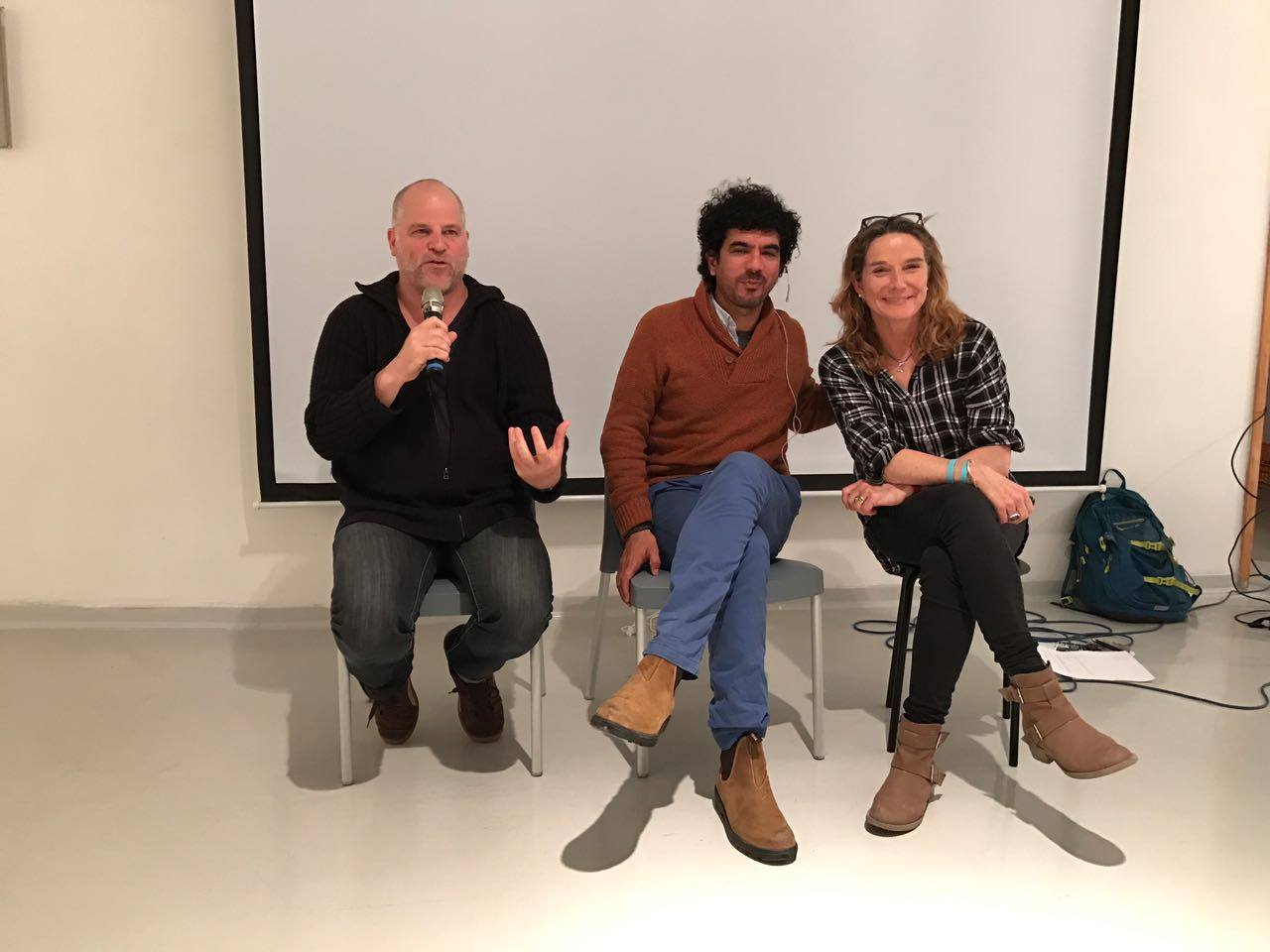 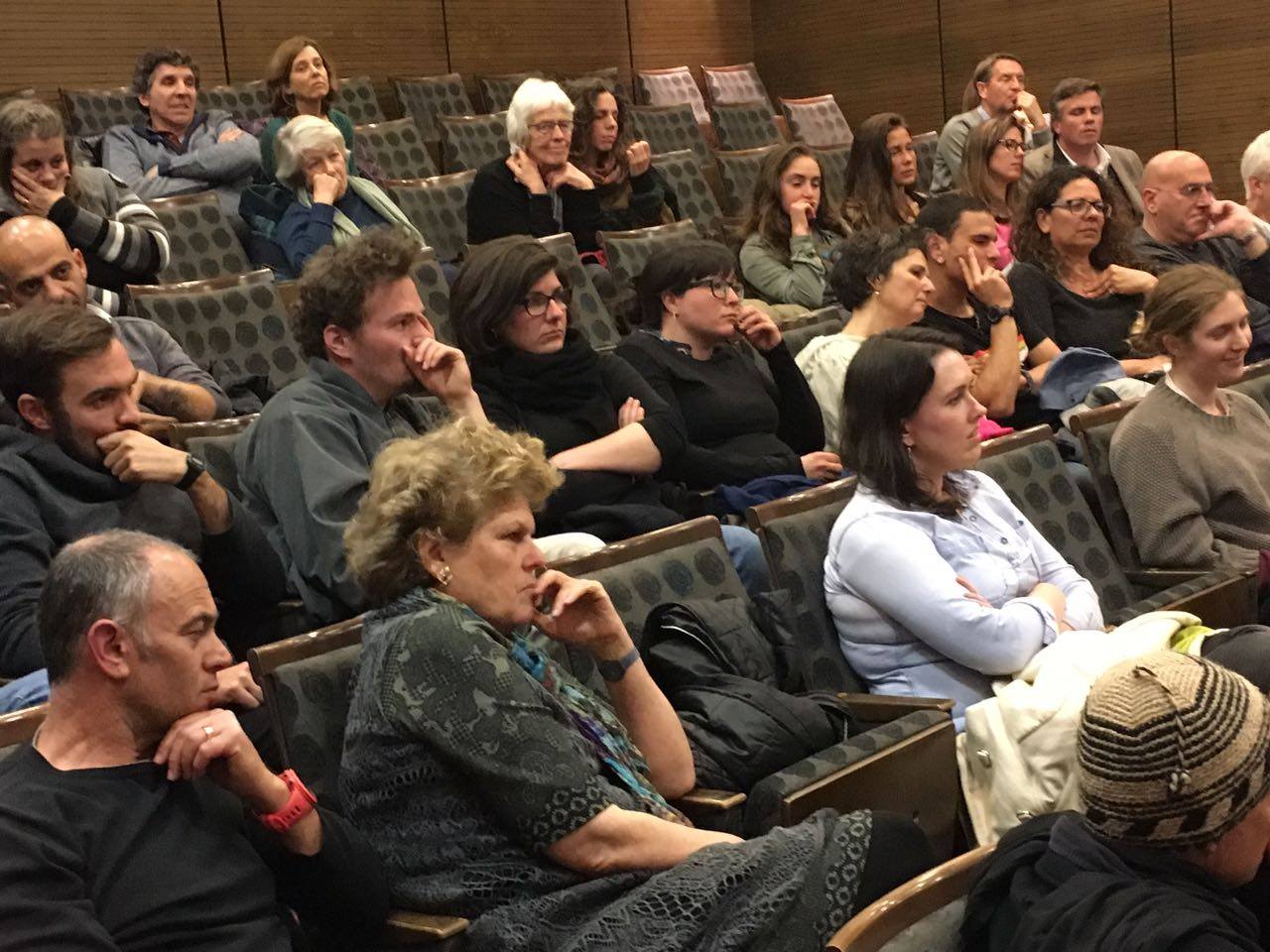 How can you help?
Join us in the effort to bring our two peoples closer together. Help spread the hope: peace is possible! We invite you to join us in our activities, and to help in any way you can.

Invest in peace! Join our circle of regular supporters
Host a screening of “Disturbing the Peace” in your home or Community
Bring the Combatants to Speak to your community