“A few months ago, I began escorting Palestinian shepherds in the Jordan valley. I was introduced to the escort by Yair and Itamar, two of the leaders of the “North Group” of Combatants for Peace. Their passion and dedication inspired me and I asked to join with them. We take turns going out to the Northern Jordan Valley to walk with the shepherds, and our daily presence there protects the community. We were forced to stop for about two months recently, during the quarantine, but now we are starting to go back. The shepherd escort work involves a few other organizations along with Combatants for Peace, and many Israelis from different backgrounds, ages, and cities were already participating when I joined.

The short story behind this work is that the Indigenous Palestinian communities in the Jordan Valley are being threatened both by the Israeli army and the local settlers. The settlers are regularly attacking the shepherds and their flocks. There have been many cases when the settlers physically assault the shepherds, and when the army comes, more often than not, it takes the side of the settlers and arrests the Palestinians. The army hands out warrants and eviction notices to Palestinian communities, claiming that they are illegal in their homes, or that their flocks are feeding on illegal grounds and they have to leave. Many times, the army also destroys their homes, which are usually no more than small shacks. The poverty and suffering in these communities is hard to describe, or even comprehend.

I joined this activity out of moral obligation. I could no longer sit by while these poor communities were being harassed, assaulted and starved. My government, army, and the local settlers are using every possible trick to push the Palestinian communities out of the Jordan Valley. And their tools are funded by my tax dollars. Most leftist Israelis in Tel Aviv don’t come out and see what is being done in our name, by our government. But turning a blind eye only enables these crimes to continue.

Standing in solidarity with the Palestinian communities is vitally important. Those instigating this violence will not usually attack a Jewish Israeli activist if we are walking alongside the shepherds. Our very presence protects people from harassment and assault. When we are there, both the settlers and the army are forced to be more careful in how they treat the Palestinian community. As an Israeli, one has the option of standing by and doing nothing – or taking a stand against oppression and doing what is right.

Israel is intending to annex great parts of the West Bank in July. The big Palestinian cities would probably be left with their own autonomy for now, but the Jordan valley is strategic to Israel and doesn’t have many inhabitants. Israel is making a concerted effort to push the Palestinian communities out – communities that have been living in the Jordan Valley for generations, who’s very way of life depends on the land. As an Israeli, I choose to stand against my government and stand with the shepherds in solidarity – for equality, justice and human rights.” 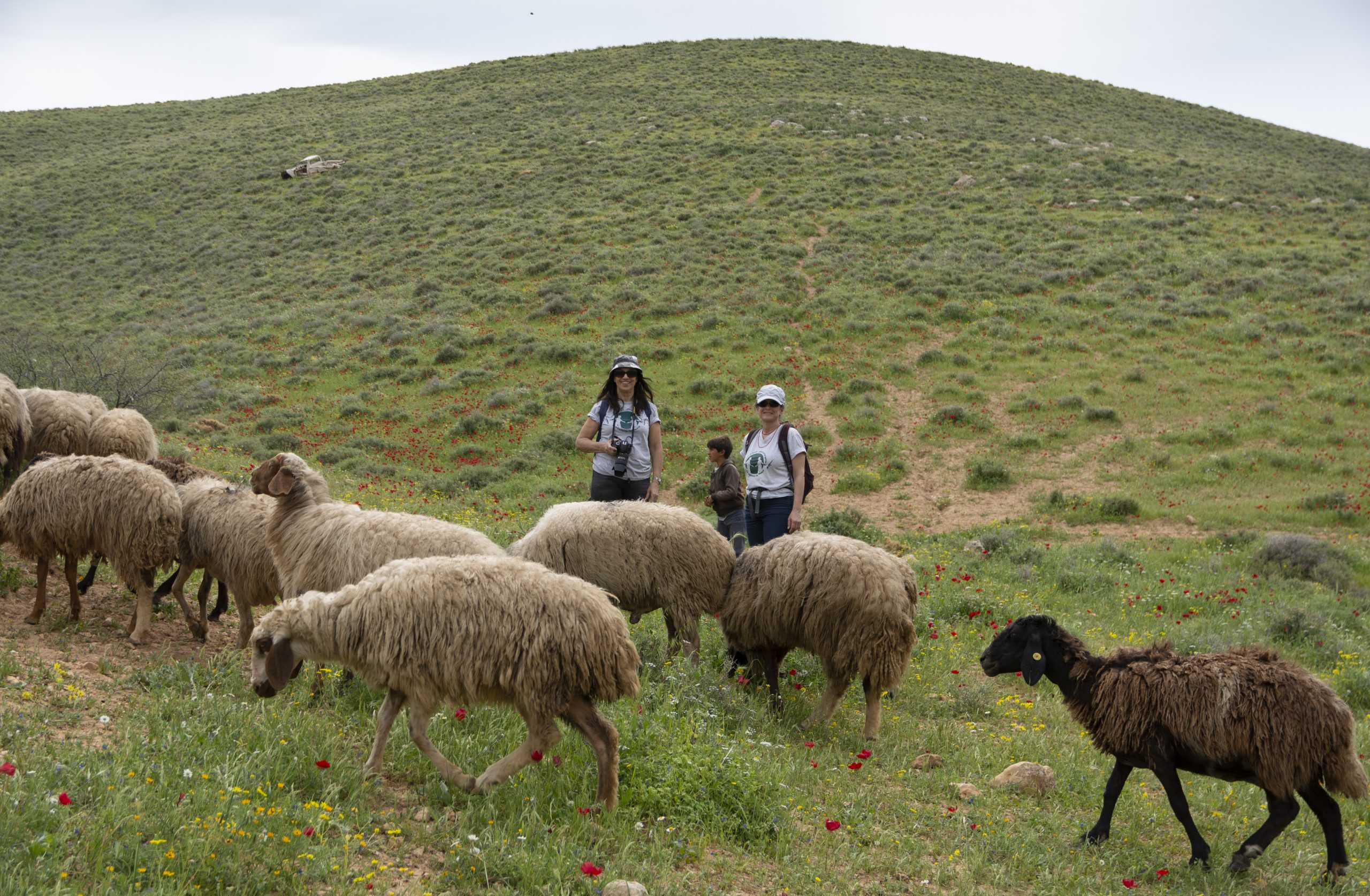