The Power of Nonviolent Action in Conflict Zones

A Reflection by Rabbi Sheila Weinberg 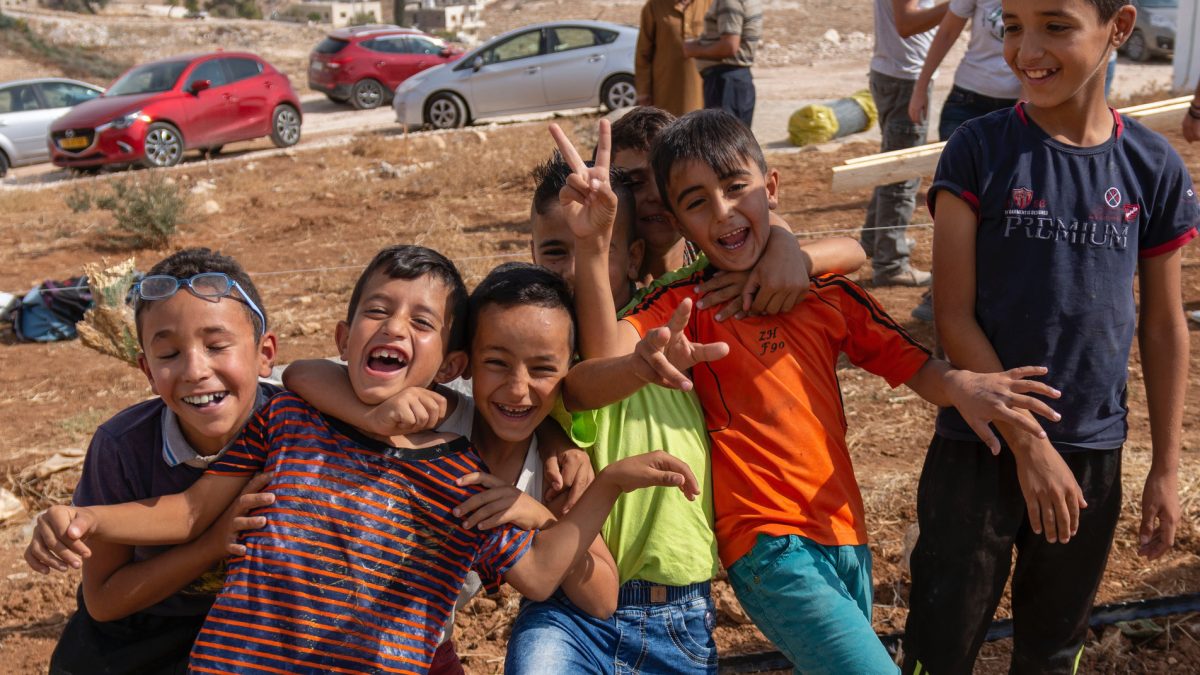 Demanding Protection for the Human Rights of Children

Combatants for Peace are turning to you on an urgent matter. We are a joint organization of Israeli and Palestinian former fighters who advocate non-violent struggle against the occupation and for peace between our two peoples.

What is known as Area C (some 60% of the West Bank) is under Israeli civil and security control but home to some 200,000-300,000 Palestinians as well as most of the Israeli settlements. There has been an effort by the government of Israel to move the Palestinians out of Area C, possibly in preparation for whole or partial annexation of the area (as proposed by a number of coalition partners in the Israeli government). Part of the this effort includes the refusal to allocate building permits or include Palestinian construction in any of the plans for the area, thereby forcing local residents either to move to towns or cities under PA control (Areas A or B), or to build without permission from the Israeli army. Thus, even makeshift schools built by local Palestinian communities have come under court orders for demotion, as illegal structures.

One such case is the elementary school in Jib el Dib. The school was built in Aug. 20, 2017 and consists of three small caravans. It is the only school in Jib El Dib and serves kindergarten to 4th grade for both boys and girls. Older children go to other schools in neighboring villages, all of which are at least 3 km away. On Aug. 22, 2017, one day before the start of the school year, the army entered and began to dismantle the caravans, and school started on Aug. 23 in tents. The school was rebuilt with bricks during the night on Sept. 10, 2018, and in January 2018 the high court looked into the school and issued a “stay” order, meaning that the school can neither be demolished or built more until the case is reviewed.

On 26 October 2018 Combatants for Peace came to Jib El Dib with the intention of building a playground on private land, adjacent to the school. We set up wire fencing, built flower beds, and laid small stone pathways. During the second visit, on 10 November 2018 accompanied by two visiting American groups, we planted flowers and continued the laying down of pathways, prior to the installation of swings, see-saws and similar equipment planned for the third visit. 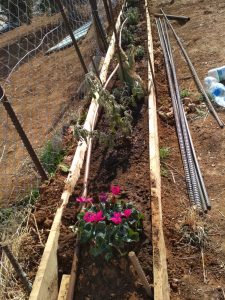 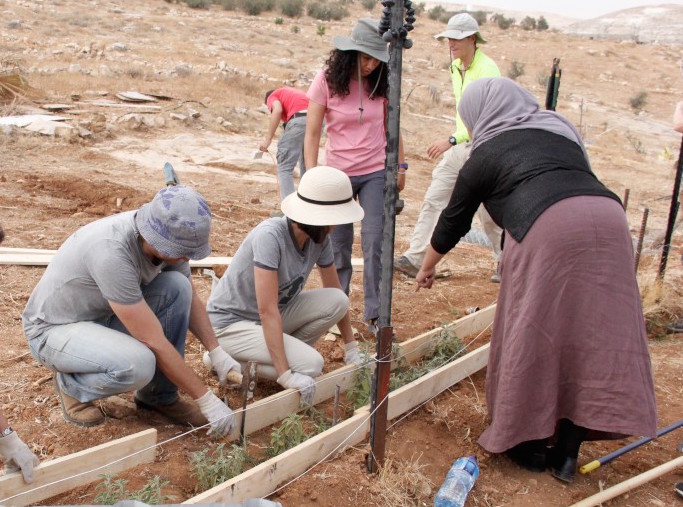 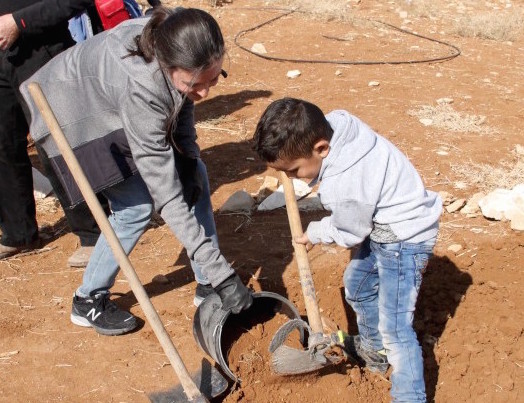 The Israeli soldiers observed the activity from a hillside. At no point was the area declared a closed security area, nor did the army intervene while the work took place; nor did it object in any way. At the close of the volunteers’ activity, the army undertook two actions: soldiers stopped the buses with the Americans – delaying them for 2 hours, photographing their passports; soldiers also stopped the departing Israelis and confiscated some of our equipment.

Immediately following the work on the playground, the civil authority (the Israeli army) issued a demolition order for the school, saying they would destroy the school within days. The rejection of a further extension of the order was based on the claim that additional construction had been undertaken on the school. Using the playground preparation as the pretext for refusing an extension of the demolition order would appear to be a punishment by the Israeli military for providing humanitarian aid to underprivileged children.

At no point did we undertake any construction (no buildings, caravans, residences, or walls, temporary or otherwise). Moreover, the playground is located entirely on privately owned land next to the school, and we undertook no work on the school itself. In response, the community hired a lawyer so that the they could fight the demolition order in court, and thankfully they won the case – this time. The order has been temporarily stayed and the school has been returned to its previous status.

But our work is not finished…This most recent threat follows closely on the heels of the Israeli demolition orders against the village of Khan al Ahmar including the make-shift elementary school there, as well as other school demolitions that occur regularly in the Jordan Rift Valley. We wish to call international attention to what constitutes a policy of school demolitions in the occupied territories. International pressure can prevent or delay these human rights abuses (aimed against children!), as seen in the indefinite delay of the Khan al Ahmar demolition.

These demolition orders leave children, teachers and families living in fear, and when carried out, they deprive hundreds of children access to school rooms, often merely tents, and the basic right to education. We call upon your government, and the European Union, to demand a response from the government of Israel regarding what amounts to a war crime, urging it to desist from further actions of this kind in the occupied Palestinian territories.

Thank you for protecting the human rights of children,

In Solidarity, Combatants for Peace