Combatants for Peace teaches children LOVE and ACCEPTANCE, in order to overcome hate.  The movement hosted several events e at the end of the summer, all focused on teaching children acceptance, and showing them the power and benefit of joint, direct action. These activities, while also tremendous fun, have a much deeper message: we do not need to be afraid, and together we can create change, end the occupation and build a lasting peace for both our peoples.

The Jerusalem-Jericho group was hard at work continuing to build a playground in the West Bank to create a safe space for Bedouin children to play. These children live in impoverished conditions, under the constant threat of violence and eviction. Combatants for Peace is creating a “safe haven,” a safe space for them to play.

The Tel Aviv-Nablus group has been “playing hard” during its bi-national activity as well. The Israeli and Palestinian children of the group’s activists met at the village of Beita, near Nablus. Among the activities were a visit to an amusement park, arts and crafts, a soccer game and a dog training course. The Tel-Aviv-Nablus Group also organized a community day for children in the village, during which the children participated in sports, as well as cultural, educational and recreational activities all aimed at creating a culture of acceptance, compassion and joint ACTION.

Here is an open letter from one of our activists regarding the Tel Aviv-Nablus event:

Last Saturday, members of the Tel Aviv- Nablus group gathered for a bi-national activity day for children; it which turned out to be a great success. During previous bi-national group meetings, the issue of children was brought up several times by Palestinian members. For those who are less familiar with the local situation: In the village of Beita with which we collaborate, the youth is highly involved in local events. Thus, during the frequent IDF “visits” into the village, violent confrontations often arise, which the young people are witness to or even take part in. These encounters with Israeli military forces create fear among the youth, which is generalized to the opinions they later form about all Israelis, and never having any other positive experience with Israeli citizens. On the Israeli side, children are mostly exposed to the violent side of Palestinians, never getting the chance to meet Palestinians in friendly situations.

In an attempt to counteract these mutual fears and suspicions, and to strengthen our bi-national community, we all felt it was crucial to add the youth to our joint activities. Thus, about two months ago, we met together and wrote this 5-part project – the first of which took place in August. The event itself took place just outside of the village of Beita, on the grounds of a small amusement park whose owners graciously donated to us for the day as well as helping with instructing the children and translating for us all.

The entire group included 40 children from Beita and 10 Israeli children from CFP members’ families. We began with introduction games for the entire group, with theatre director Peter Harris. Later on, children and adults split into four groups for the other activities, where each group spent around 20 minutes at every station – art workshop, sports and ball games, theatre workshop and “young dog handler” workshop with veterinarian Noa Harell and her dog Bella, who clearly enjoyed all the treats bestowed upon her.

All activities proved to be fascinating and fun for the children, who interacted in broken Arabic and Hebrew as well as without words at all. At the end of our planned workshops, the owners of the amusement park opened up two of the rides for our use, much to everyone’s excitement and joy – both children and adults. We ended the day with a wonderful lunch arranged by Abu Zaid [Palestinian leader of the Tel Aviv-Nablus group] for everyone, and parted with warm feelings in our hearts, highly motivated to continue in this direction. It seems to both Palestinians and Israeli members that we are beginning to broaden our community and that the youth may become part of it as well.

This joyful day was the first of our broader 5-part youth project. This week, we intend to schedule another bi-national meeting, to get ready for the nest part!

Many thanks to all who participated and helped. The magic worked thanks to you all!!!

Have a great week, Avigail Corry 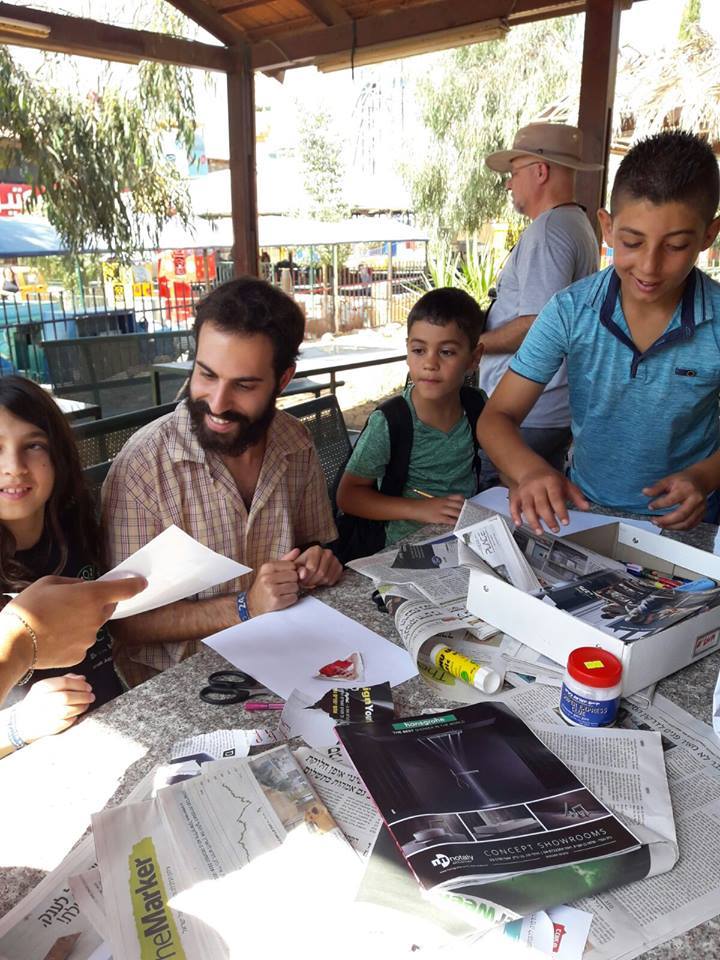 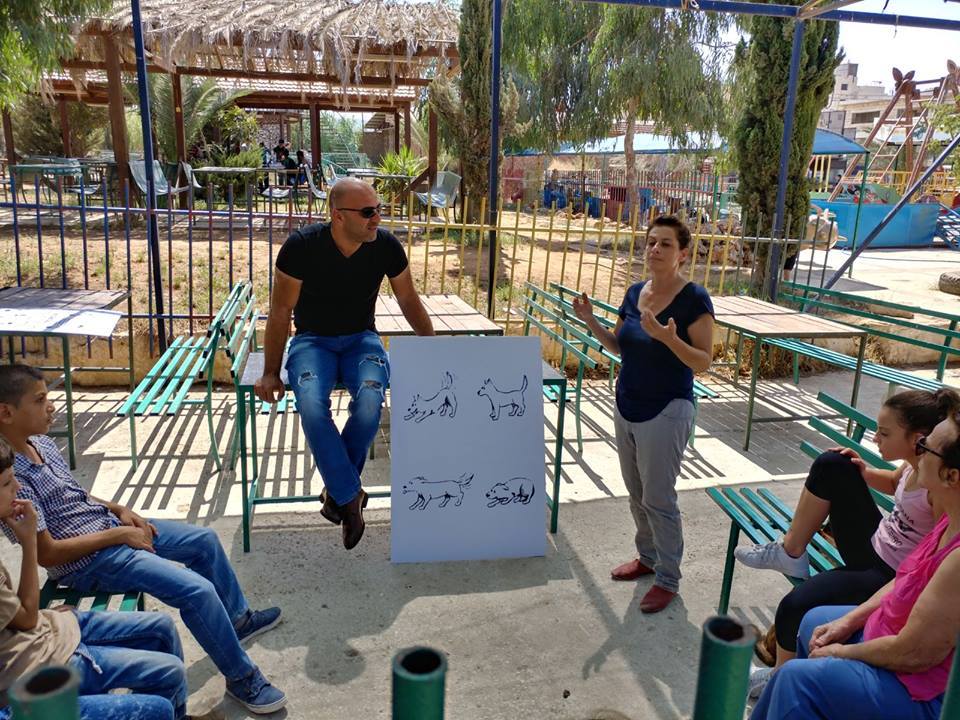 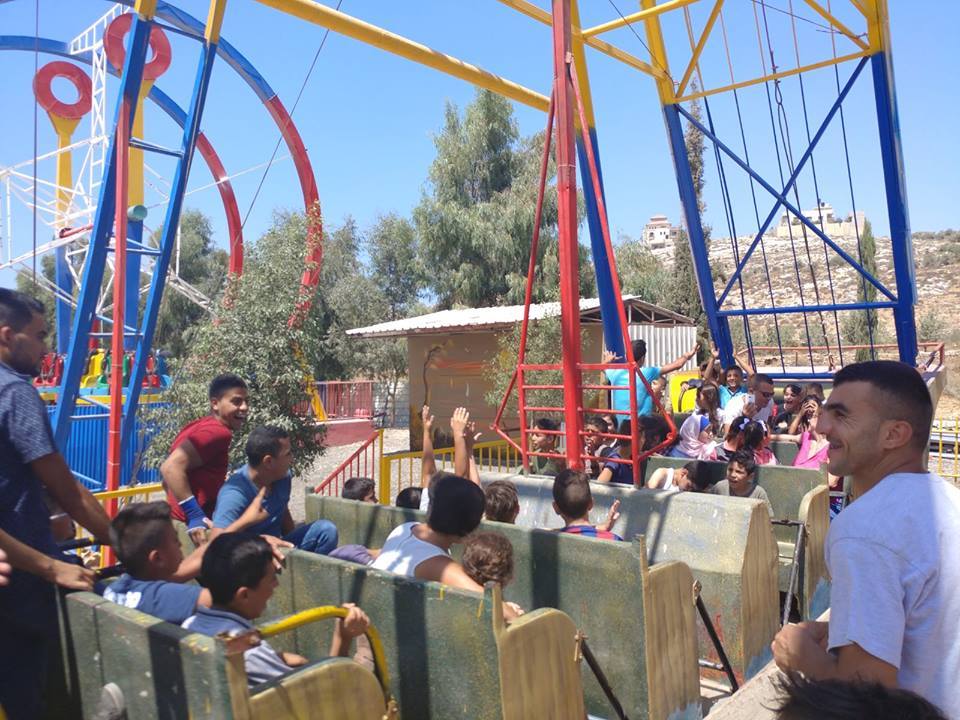 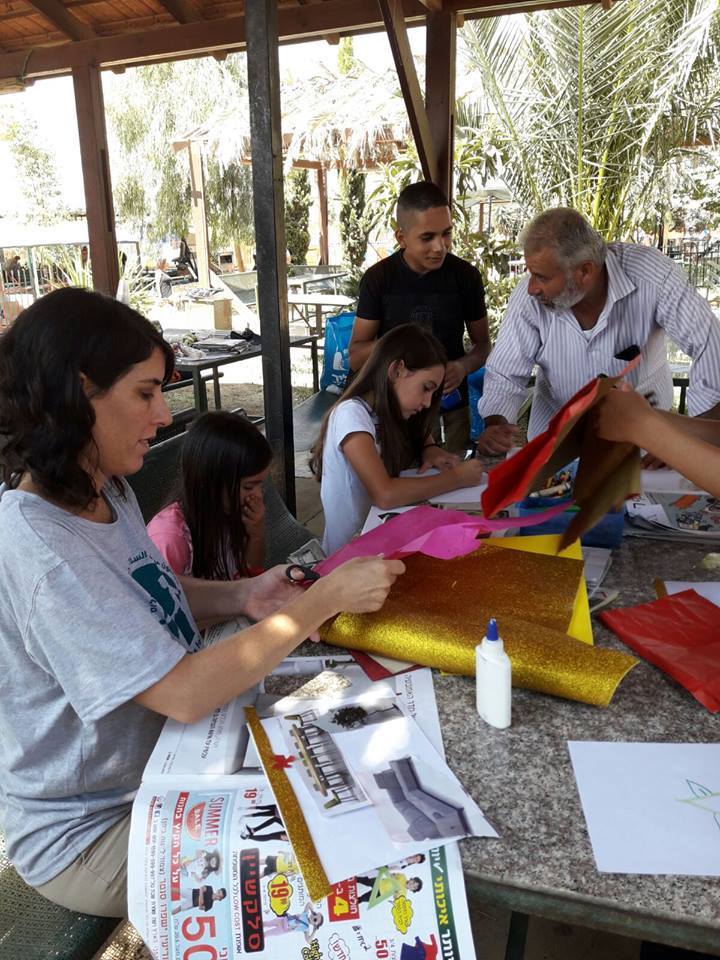 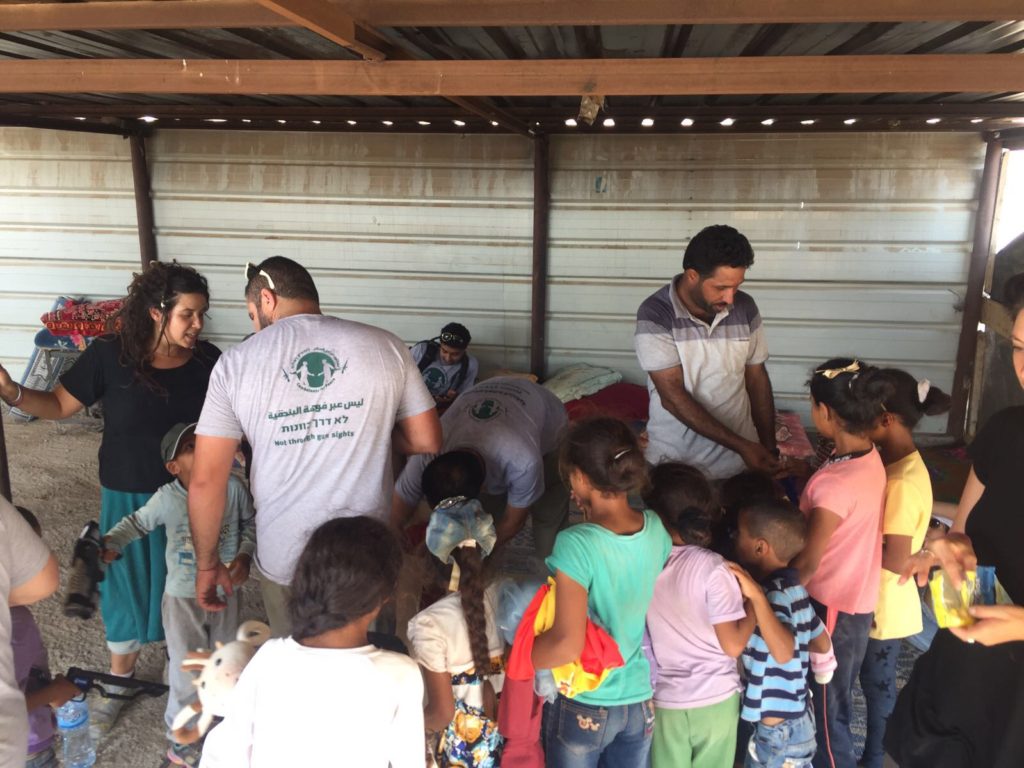 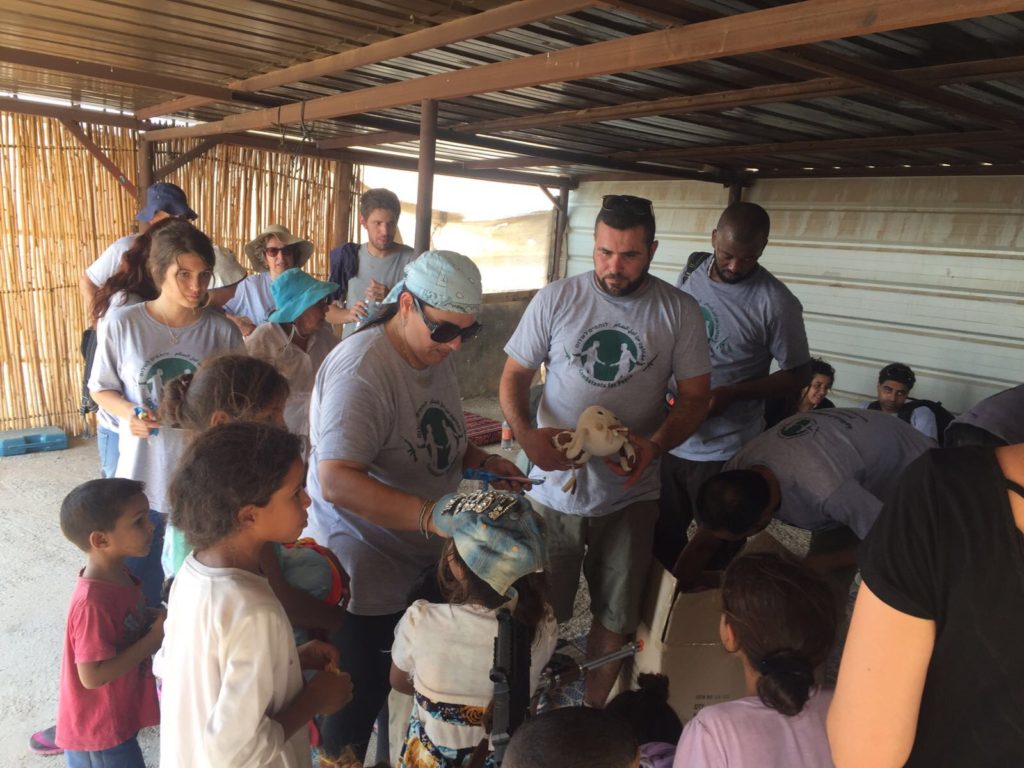 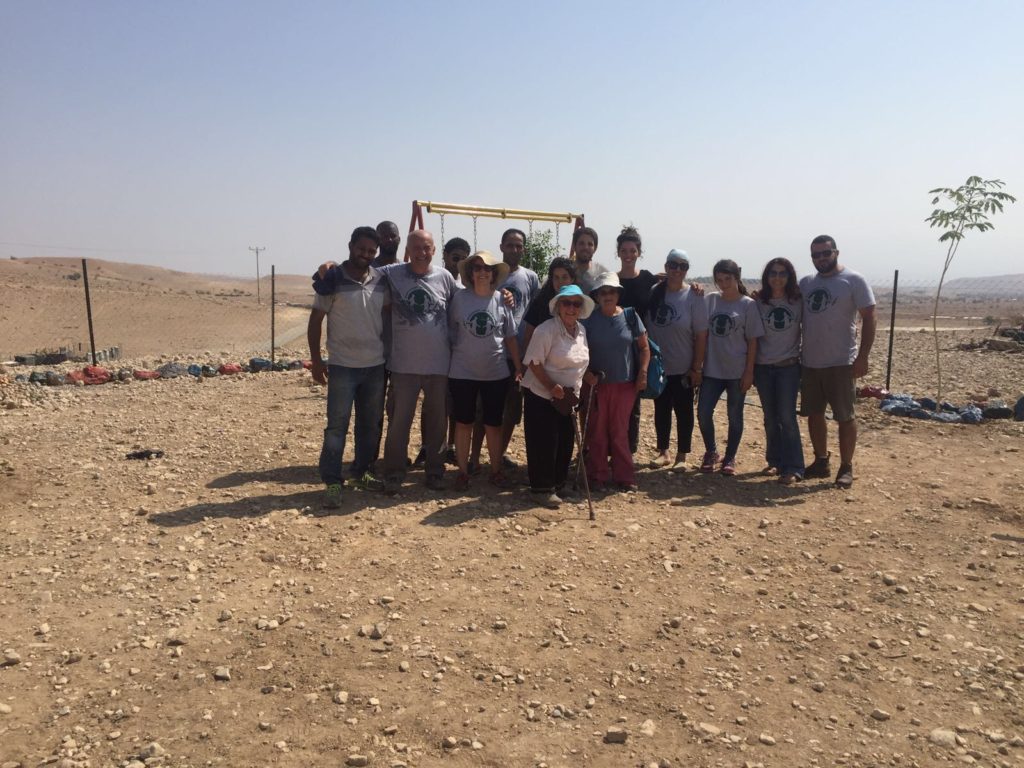 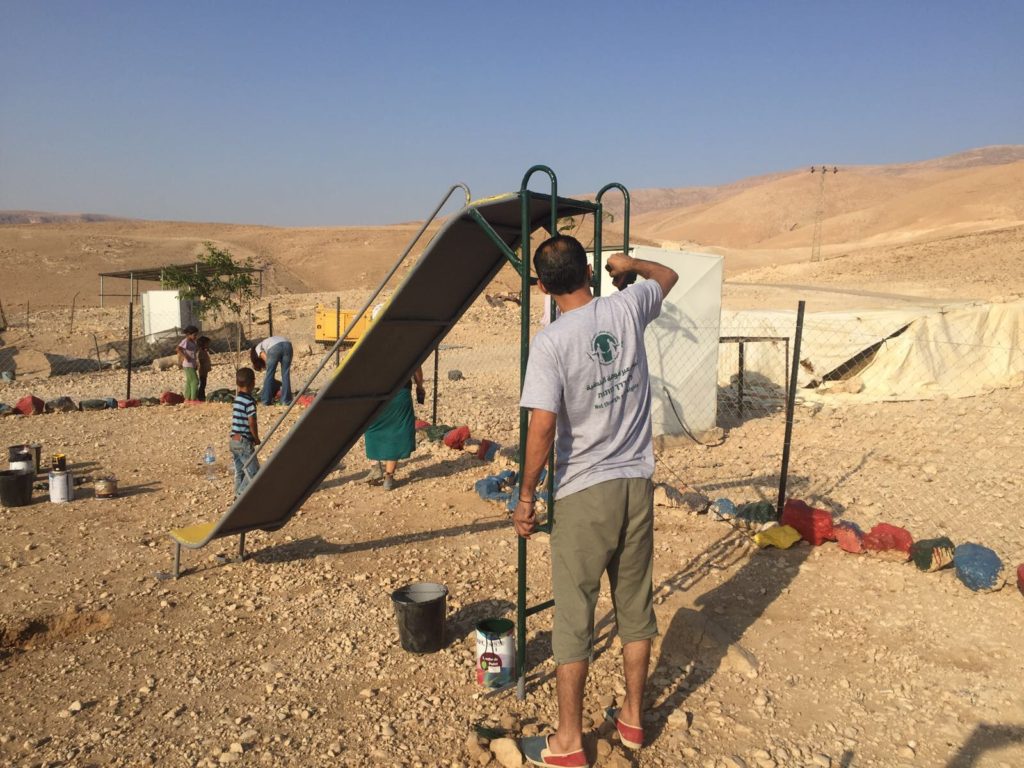 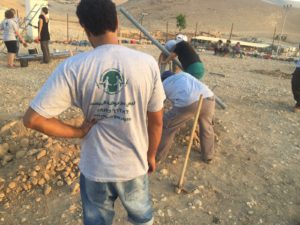 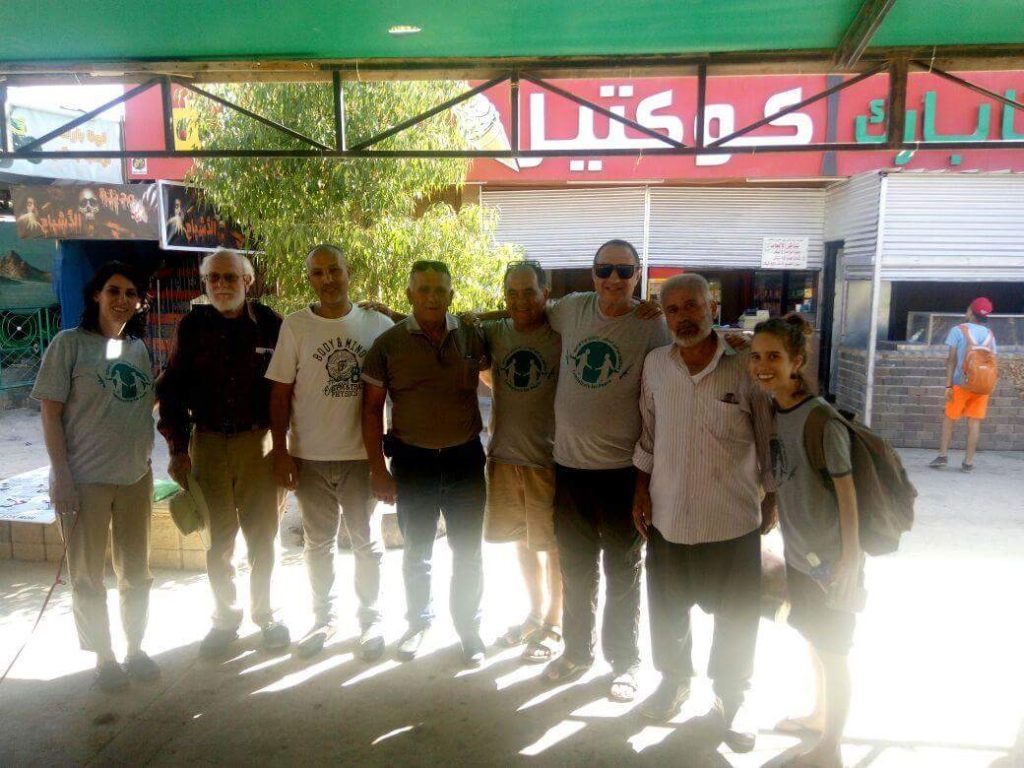 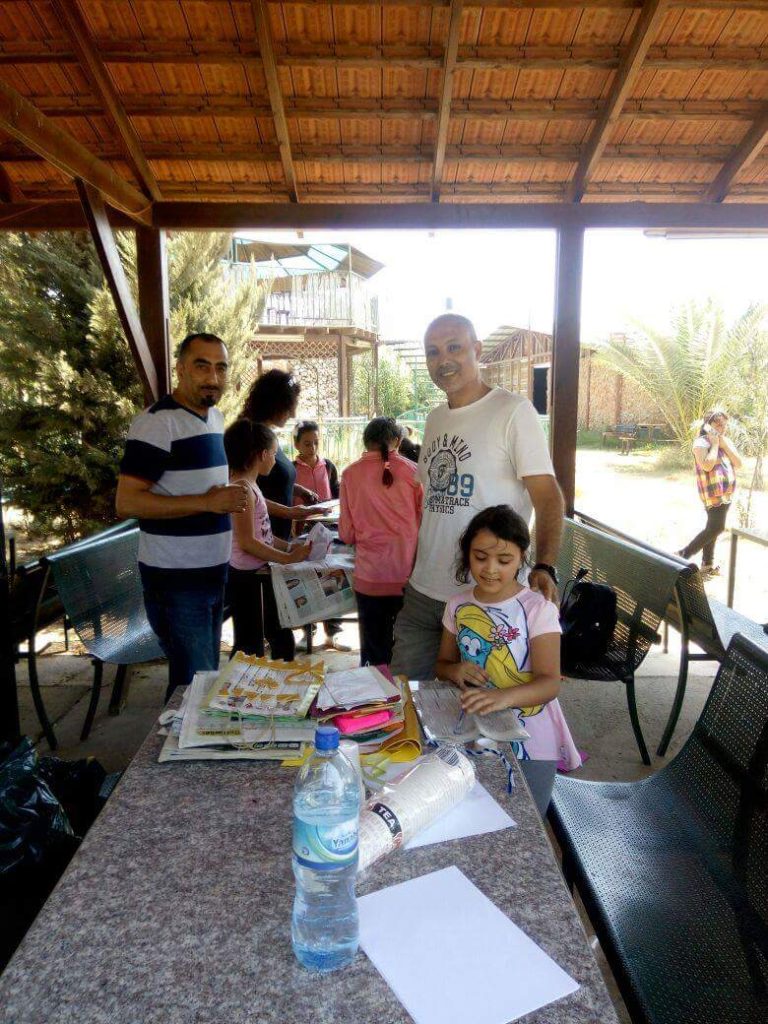 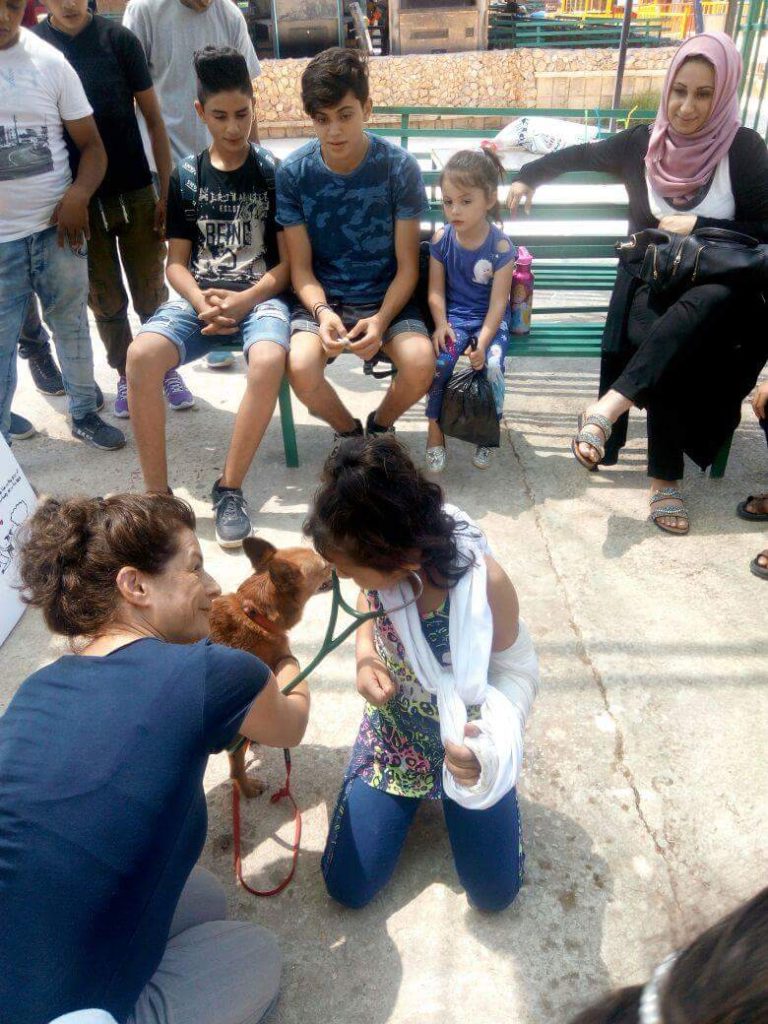 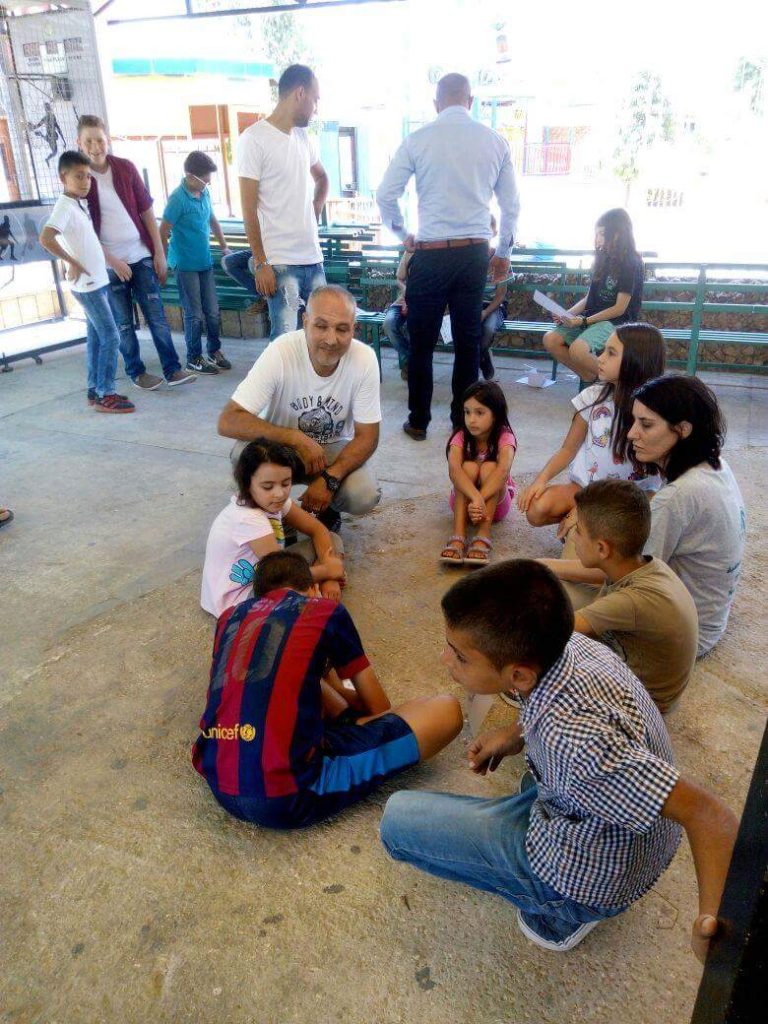 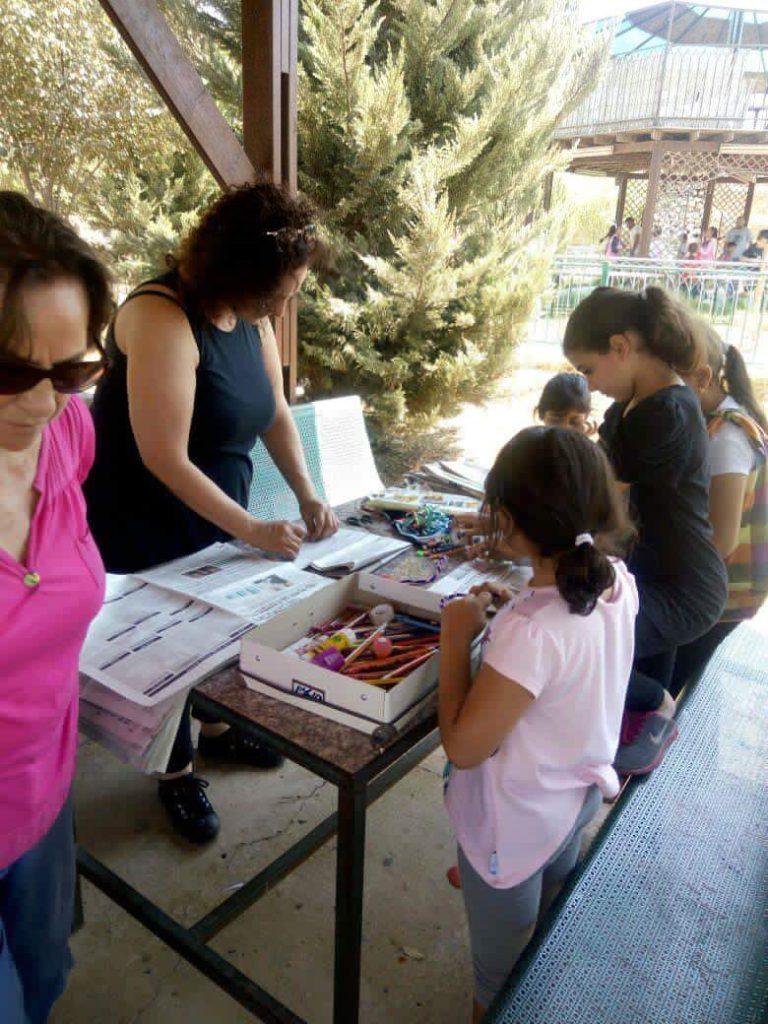 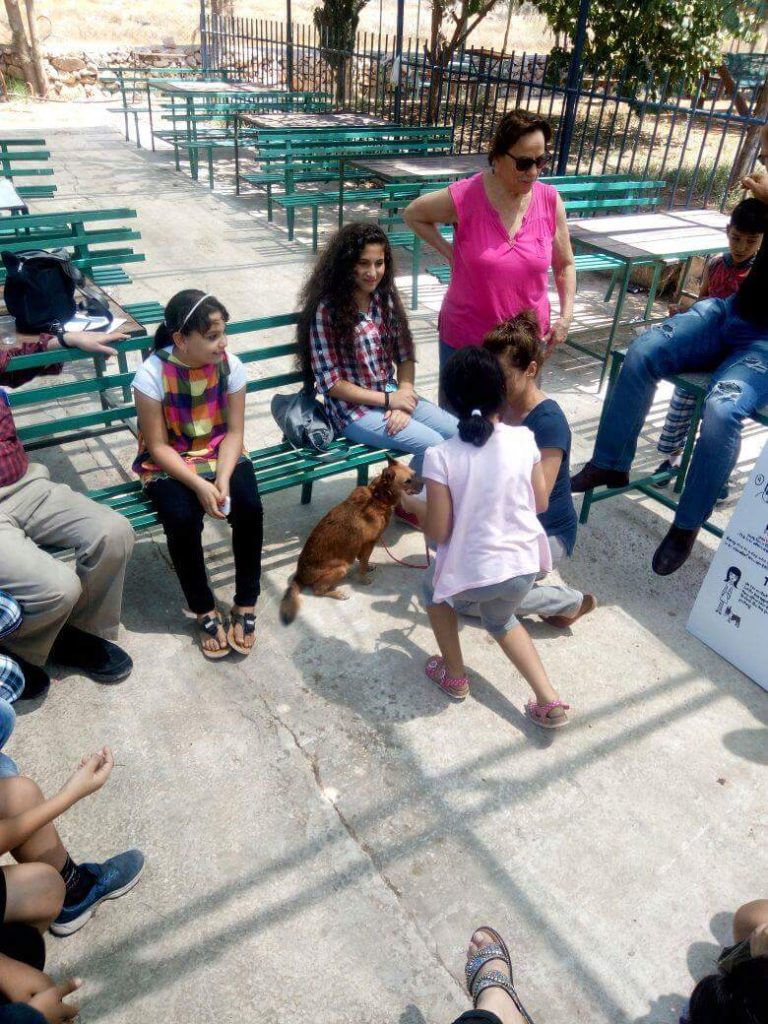