War is NOT an Act of Fate – but a Human Choice.

Our 15th annual Joint Israeli-Palestinian Memorial Ceremony was co-organized by Combatants for Peace and Parents Circle – Families Forum and held on Yom Hazikaron (Israeli Memorial Day). Our Ceremony challenges the traditional narrative of victimhood and separation, and brings people together to declare that, “War is Not an Act of Fate – but a Human Choice!”

Yom Hazikaron, Israeli Memorial Day, is a sacred day in Israel. Nearly every Israeli family has lost someone in the conflict, and together they come to remember these dear ones. However, traditionally, Israelis ignore the grief of Palestinian families. Indeed the official Israeli ceremonies are marked by a narrative of hopelessness, accepting that “we must live or die by our swords.” This leads to deep pain, fueling the despair prevalent in both societies today.

When Palestinians and Israelis challenge the status quo and come together to acknowledge each other and remember – together, we start to build a new reality based on mutual respect, dignity, equality, freedom and peace.  In this way, we are taking responsibility, challenging our own sense of victimhood, and better still, turning a sense of helplessness into empowerment and hope.

The Joint Memorial stands as a unique symbol of humanity and persistence.
This year 200,000 people stood with us around the world, participating in our live Ceremony.

What began as a small ceremony of 50 people in 2005, is now the second largest Memorial Day Event held in Israel, with 10,000 people attending the live event in Tel Aviv in 2019. This year, we held our largest Ceremony yet, with 200,000 people attending virtually from around the world and over a million people streaming the event afterwards! The Ceremony included special guest speakers and musical performances by Israeli and Palestinian artists. 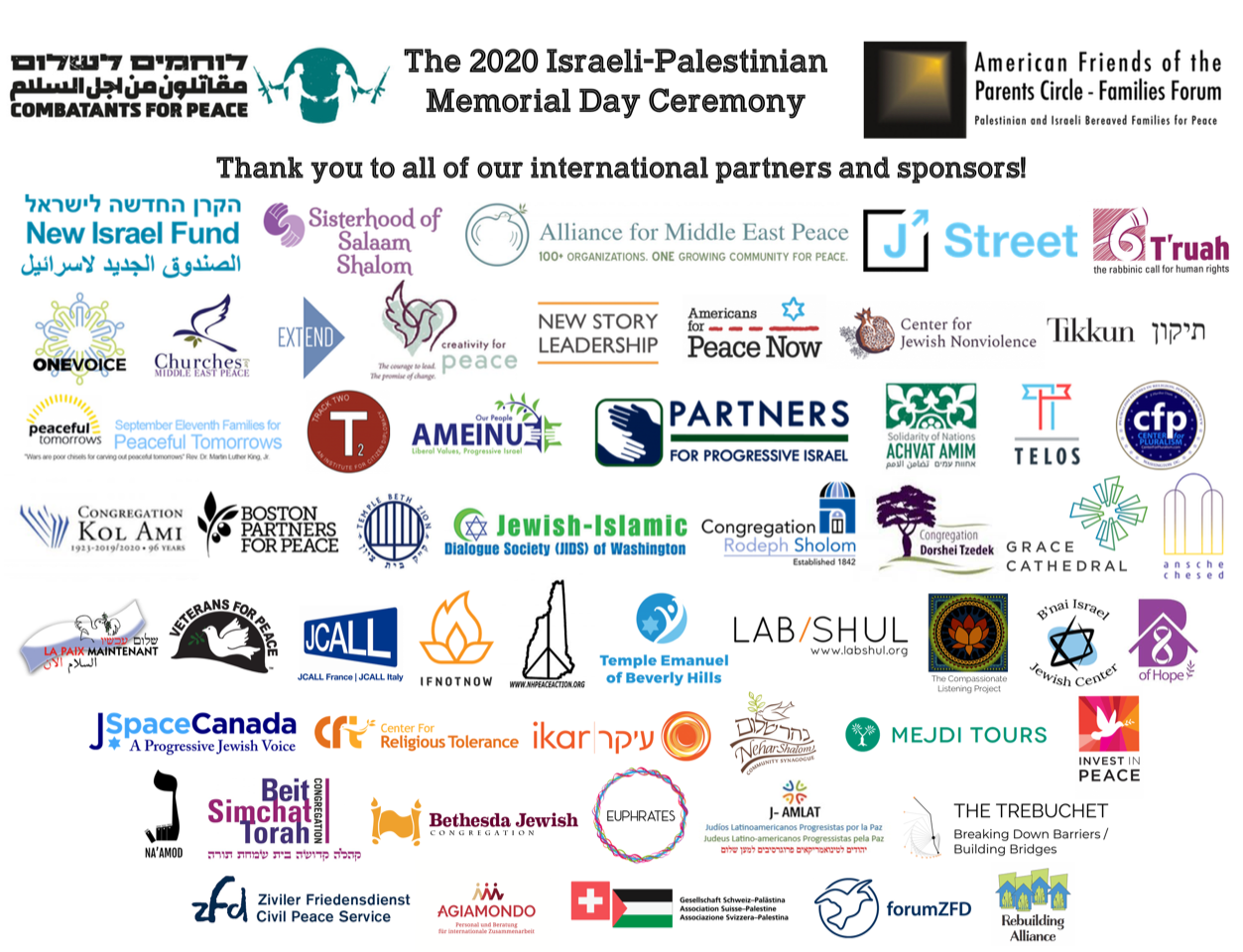