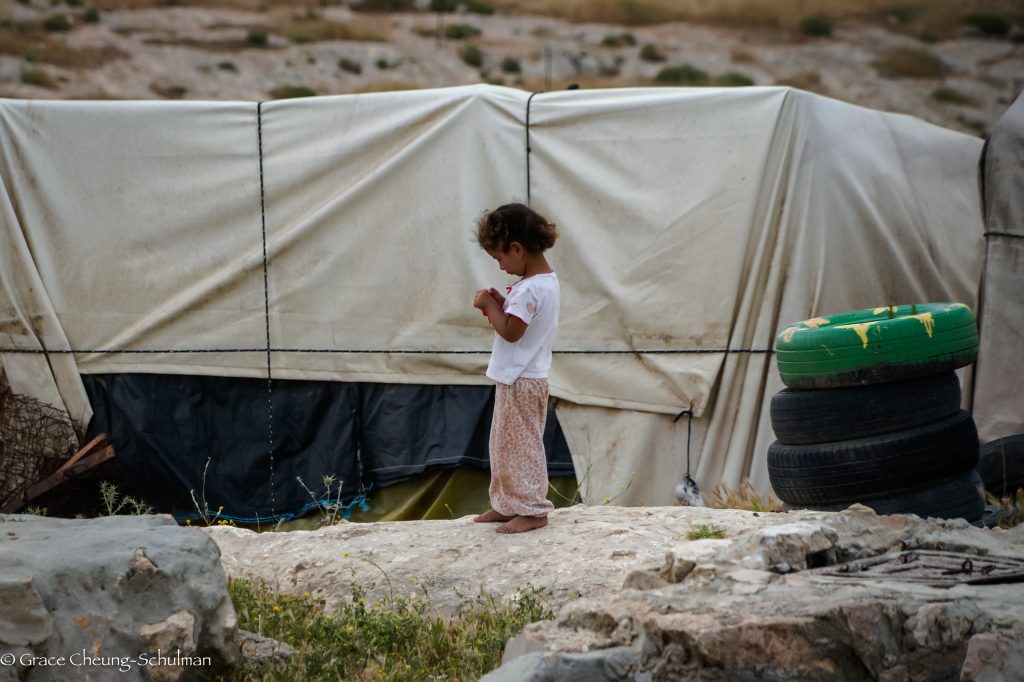 Susya is a cluster of hovels in the southern part of the West Bank that has been the focus of attention for some time as the community faces severe violence from settlers and as well as from the government of Israel, which has sought to evacuate and destroy the village. This is not only an effort to take over more land for the building of Jewish settlements but part of a broader plan to expel the Palestinian inhabitants from what is known as Area C.

Area C was to be a temporary designation pending Israeli withdrawals as part of the Oslo Accords. Under Oslo II, signed in September 1995, Area C was temporarily to be under full (civil and security) Israeli control, Area B under Israeli security and Palestinian civil control, and Area A (the cities) under full Palestinian control, with gradual transformation of C to B to A. This process was frozen with the election of Netanyahu in 1996, so area C, some 60% of the land of the West Bank, completely encircling the area from the Jordan River to the 1967 green line, remains under full Israeli control.

This persistent effort to evacuate the Palestinian residents can be viewed as part of the demands of right-wing parties, including Likud, to annex large chunks if not all of the West Bank. Combatants for Peace strives to provide solidarity for the local Palestinian living in this region, under threat of expulsion from Susya, the Jordan Rift Valley and other parts of Area C. Our activists work to bring attention to and prevent the expulsion of these families and villages, and to oppose this ongoing creeping annexation.

Our activists take turns sleeping in the village of Susya, because bulldozers frequently come to demolish homes in the night or early morning. While stopping these demolitions in Susya has been near impossible, the presence of our activists (especially Israeli activists) helps to protect the villagers from excessive use of violence by the  army, and allows us to document and share the demolitions and other human rights abuses. The presence of the activists also serves to protect against settler violence, which has been severe: children have been harassed and endangered by settlers on their walk to school, olive trees have been uprooted, and poison has been spread on agricultural land. Activists share our photographs and videos on social media, and have asked that the world stand up to help protect the village of Susya, and others like it.

Activists also regularly bring tours of Israelis and internationals through the area, sharing the stories of the local villagers and raising awareness about their situation. In 2018, CfP also built a playground for the children of Susya – in an attempt to add a bit of normalcy to a childhood full of fear and upheaval. Our activists have also planted olive trees in with the villagers and held “Freedom Marches” in the streets, demanding equal human rights for all people in Susya, and beyond.