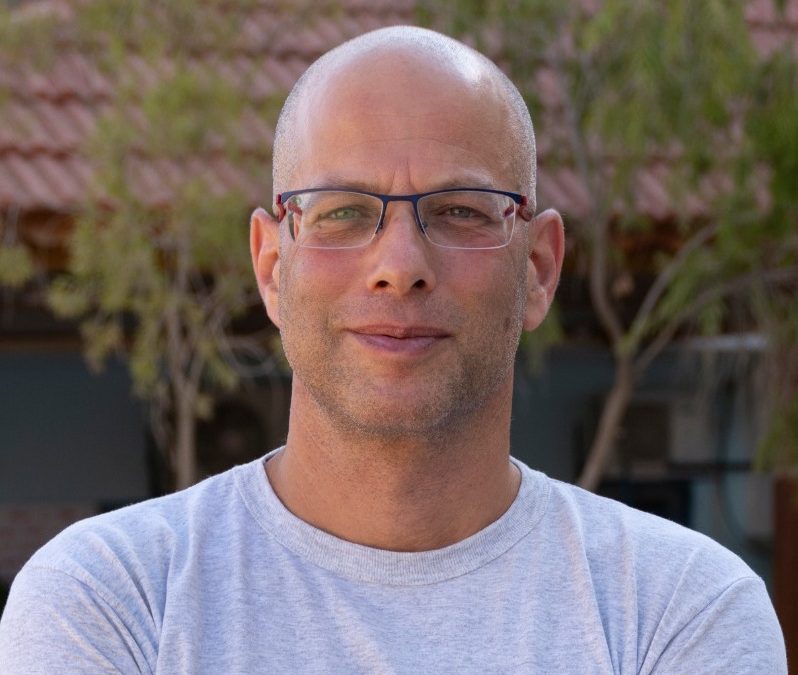 As a teenager, my family moved to a settlement called Sha’arei Tikva. I worked alongside Palestinians in building the settlement: I was a high-school student from the Negev trying to earn some money, and they were residents of the nearby villages (Azzun-Atma, Beit Amin, Khares and other villages), trying to make a living. Through work, I got to know them and their families. When I was 18, I worked for about six months as a tour guide at the Ma’aleh Efraim Field School. I knew the Nablus area and the villages around it. These acquaintances made me think that maybe we could live together in the occupation as it is. I thought it was all right.

I wanted to contribute as much as possible and joined the Golani Brigade, an infantry combat brigade. I went to the medics’ course and was a company medic. I fought and treated the casualties on both sides. I went to an officers’ course and returned to Golani as a young officer. During the first Intifada I was a platoon commander in Gaza. We received the order to “break hands and feet” which I’m glad to say I did not to follow, but I know of others who did. I saw it with my own eyes, and did other things that I regret doing today. I decided to stay in the army because I had an educational vision – I wanted to influence from within, so that things would be done humanely. I had been in the Occupied Territories many times and I had done everything that was required of me – arrests, roadblocks, and house demolitions, all in a way that I thought was humane and easier for the population. I believed in an “enlightened occupation”. I was wrong.

I finished my service, and studied a Bachelor’s of Social Work and a Masters in clinical practice. I began to focus on treating trauma and post-trauma, mainly in the context of war and terror. In the reserves I advanced in rank and during the Second Lebanon War I was already a deputy battalion commander and later a lieutenant colonel. I commanded 700 soldiers. I finished my role as a battalion commander and moved on to serve as a therapist.

The 2014 war in Gaza, a.k.a. Operation Protective Edge, shocked me. I saw up close the suffering of the soldiers and the Palestinians. I re-discovered what I had known long ago: the eyes and gaze of the trauma victims are the same eyes and gaze on both sides. Broken eyes asking, and now what? I met soldiers with Moral Injury for whom I had no answers. There was not an individual event that pushed me to be an activist for equality and peace – it was a continuum of unnecessary suffering on both sides. I joined Combatants for Peace about three years ago. Currently, I am the Israeli General Coordinator for the movement. Working with Palestinian former fighters/combatants is healing my heart. For me, the movement is a bridge between being a combat fighter and being a man of equality and peace.

Tuly Flint, an accredited EMDR consultant, and an accredited Couples and Family therapist, and trained in Somatic Experiencing, CBT, Biofeedback and Narrative therapy both for families and individuals, holds a Masters degree in clinical social work from Tel Aviv University and is a speciallist in trauma and post trauma (PTSD) treatment with individuals, families and groups. He has a private practice in Tel Aviv and works in the southern parts of Israel with individuals, groups, families, young children and teenagers who go through traumatic events.