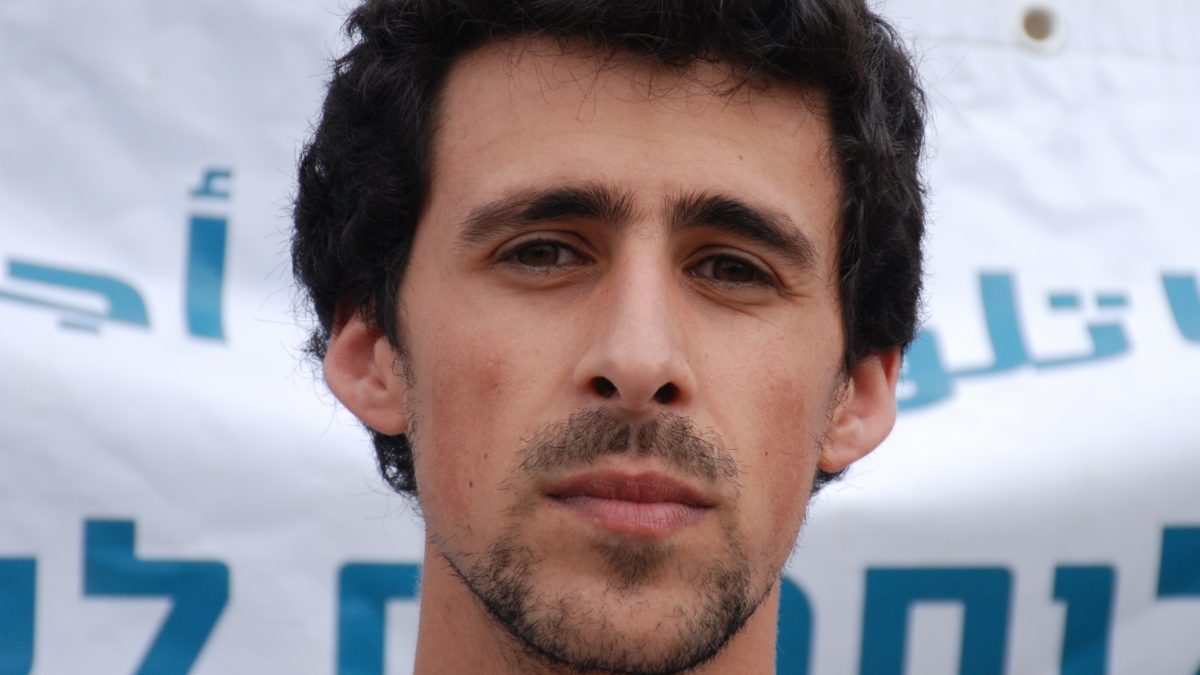 My parents made Aliyah from Morocco in the 1970s, and after a period in a transit camp, they moved to Jerusalem, where I was born and raised on its beauties and its so-called “complexity.” Politics was not discussed at home, but the conflict came into my life at a very young age. I grew up during the second Intifada, and there was a lot of blood all around. When I was fourteen years old, one of our school busses was bombed. One of the kids in our school had been killed. I remember all the parents and teachers trying to explain to us how such a thing was possible.

When I was a young teenager I joined the scouts. It was a place where we learned how to be good Israelis. We visited all the beautiful places in Israel and were told that we had this land only because brave men and women had defended it for generations. I knew my time would come when I would be called to walk in their footsteps. We were told that enemies were all around us, and we needed to defend ourselves. I spent my teen years training to get into the best unit in army that I possibly could. It was a badge of honor in society to serve. It was clear to me that I had been protected, and now it was my turn to go and protect the homeland I love so much, completely and fearlessly.

After a year of national service and combat training, I enlisted into the Nahal Brigade’s reconnaissance platoon and served in Gaza and south of Mount Hebron. There was a clear border in Gaza, and as a youth it was very simple: here are the good guys, there are the bad guys. One day we got orders: there was to be a protest on the border fence of Gaza and we were to defend the fence. First we were told to fire tear-gas, but if the protesters didn’t retreat we were ordered to shoot them in the legs. When we returned back to our base that night we heard the news: some protesters had been shot, three lost their legs and one had been killed outright. I looked into the eyes of my best friend, knowing he had taken a life. I didn’t know quite how to process it, and still to this day we still have never spoken about it.

Next we were transferred south of Mount Hebron in the West Bank. My encounters with arrests, chases of Palestinians trying to enter Israel without permits, suppression of demonstrations, checkpoints, searches and medical assistance — all came with the feeling that both my commander and the politicians were doing nothing to change this reality, so that my friends and I would not go out for the next arrest. Everyone accepted reality as if it were predestined. Human rights violations were common from the soldiers, and our orders were often ambiguous. If the soldier was a “nice guy” the Palestinians we were pursuing would return home unharmed, but if he was hateful or angry, civilians cars might get destroyed or innocent people might be blindfolded by the soldiers and left out in the middle of the desert. My confidence and faith in our actions began to crack. From day to day, for action to action, I felt like “protecting the country” meant betraying the principles on which I was raised and educated in that exact same country.

I was still a combatant when I decided that I wanted to meet the Palestinian civilians who, during the week, were bent to my military rule. I went without uniform and without weapons; so they wouldn’t know I’m a soldier; so that I could ask them about their story, and they could hear mine. Following an email titled “Interested in activity,” I had the chance to have that conversation with residents of Susya, and later with other Palestinian movement members. For the first time after 2.5 years of combatant service, I felt that I had found the most effective way to fulfill my wish of contribution to my country — by listening and honest implementation of “Love Thy Neighbour.”

These meetings and conversation, as well as joint activities are much more efficient in promoting peace than all the operational activities I had taken part in during my service. I found my way to fight for a more democratic, fairer, safer, and more beautiful country. When I joined Combatants for Peace I found Palestinian partners who want security and peace for us and our children, just as I do. Those who were once enemies, in an instant became partners and a second family. From that moment on I promised myself that the same time, energy, and resources I had put into the army service I would now invest in an attempt to make peace.