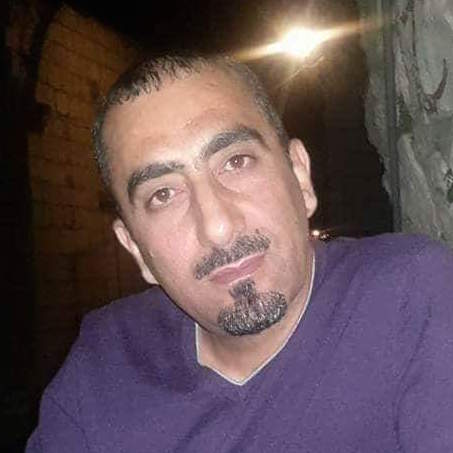 When I was 8 years old my cousin was killed by a settler, while working his land. The murderer was never brought to justice, and nothing was done. From then on, instead of playing “Cops and Robbers”, I used to play “Palestinians and Jews.” This experience, more than anything else, shaped my views of Jews and the Occupation.

Before the first intifada, I signed up to participate in resistance activities with Fatah. From time to time I would go out into the settlements, cut their power, vandalize or set up various obstacles. It was my small way of getting justice for my cousin. I was then 15 and sometimes these actions felt more like a game or an attempt to get the girls’ attention.

During the first intifada my activity became bolder. I would throw stones, join demonstrations, set fire to tires and hang up posters saying, “Free Palestine!” My father only asked me to be careful, but never tried to stop me. He was proud that his son was participating in the resistance.

When I was 17 these activities no longer seemed like children’s games. Soldiers were stationed outside my high school. When he saw them, my friend picked up a stone… he was killed in front of me. I watched him die, just outside our school. The stones and tires no longer seemed like a sufficient response. My friends and I decided to get revenge. We wanted to build a bomb. We nearly succeeded, but the bomb exploded and injured us. We needed immediate medical attention, and at the same time became “wanted” by the Israeli army. That meant searches, arrests and sleeping in hiding places. My new status troubled my parents, but it also imbued my status in his village. All of a sudden, I was a hero.

It all ended during one night, when soldiers finally found me. They broke into the home I was hiding in, beat me violently and took me in for questioning. After a difficult 41 days of interrogation, I was sentenced to 3 years imprisonment.

Upon my release, and despite the violent second intifada, I decided to try another way. I realized that despite all my violent protests, I had achieved nothing. Two unrelated events would determine the next steps on my path: I joined a non-violent resistance workshop in Ramallah, and — by a friend’s invitation — met Israelis for the first time in Ramat Gan. Together, with several friends, I helped found Combatants for Peace.

Today I draw strength from Combatants for Peace. Together, I believe, we can make a difference.