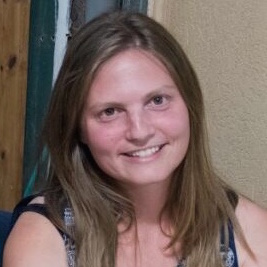 In my childhood, my grandparents (whose parents immigrated to Israel in the Third and Fourth Aliyah, 1919-1931), told me stories about their Palmach service and the establishment of the State of Israel. I grew up hearing about how they planted the first orchards and raised the first generation of Hebrew-speaking children. The feeling I got from both my grandparents and parents was that our family was an integral part of our country.

As a child in the 1990’s, the air we breathed was full of hope. At home and at school, there was the sense that peace was just around the corner. I did not always understand what the excitement was about, but I knew it was something profound. I remember one day, in the 4th grade, when Israel and Jordan signed a peace agreement, and my mother stood in front of the TV with a kitchen towel in her hands, weeping.

Then the cycle of violence resumed again: I came of age during the second intifada. It was a time when buses, restaurants and shopping malls were frequently bombed. This violence reached into my personal life when I was sixteen years old. I stayed late at school that day, and so I missed the 2:15pm bus I would usually take home… but two of my classmates left early, and were on that bus. A suicide bomber blew up our bus and killed both my friends, along with the 19 other people on the bus. I remember seeing their faces looking up at me from the newspaper the next morning, and for the first time I felt the deep void that would never quite go away.

I did the mandatory two years service in the intelligence unit of the IDF, so I’m not allowed to provide many details about my service. I didn’t enter the army entirely without hesitation, I had a close friend who refused to serve, but at the time I believed her to be very radical. “Every country deserves to have an army” I told myself, “and especially Israel.”

Nonetheless, I left my parents’ home with the optimistic, and naïve belief that our leaders will be the ones to create lasting peace agreements with our neighbors and gradually change the reality of hatred into one of harmony.

Throughout my twenties, the reality in Israel became increasingly grim. I did not approve of or agree with what the Israeli army or government was doing, but more and more, whenever I expressed my opinions I was told that I do not belong in Israel. I often felt marginalized in my own community.

I believe in peace, in taking responsibility and in hope – and I was told by the media, by my classmates, and even by my friends that there is no room in Israel for criticism of the government or the army, because “we have no choice but to control the Palestinians.” I refuse to believe the lies, or to feed into the fear that is used to control both the Palestinians and the Israelis.

Two events led me to be active in the struggle to end the occupation, and both of them took place in the past three years. The main event was Operation Protective Edge and the death and mass destruction it caused. The fact that the IDF Spokesperson and the Israeli media openly reported the bombardment of residential buildings, on the tenuous moral pretext that the residents were given a few minutes to evacuate, shocked me. Where were the civilians in Gaza supposed to go? The other buildings in their neighborhoods were also being bombarded. There was no safe place. Anxiety and shame gripped me that summer, I could not live with what my people were doing, and I spent much of the summer at demonstrations against the operation.

A year later was the first time I came to the joint Israeli-Palestinian Memorial Ceremony. It was an eye-opening experience for me. It was strange at first, to try and identify with the pain of the Palestinian families. I kept looking over to the Palestinians in the audience to see how they were reacting. At one point I saw an older woman with a hijab start to cry when an Israeli mother was speaking about her loss. I realized if this Palestinian woman could identify with our pain, then it was my duty to identify with hers as well.

The ceremony’s hosts kept repeating the phrase; ‘War is not a decree of fate, but a man’s act.’ All of a sudden, I had an epiphany. I realized how much the Israeli Remembrance Day ceremonies are politically charged events, in which commemoration of the fallen is interwoven with the claim that our hands remain stretched out in peace, but our enemies want to destroy us, so we have no choice.

Suddenly I realized there was a choice.