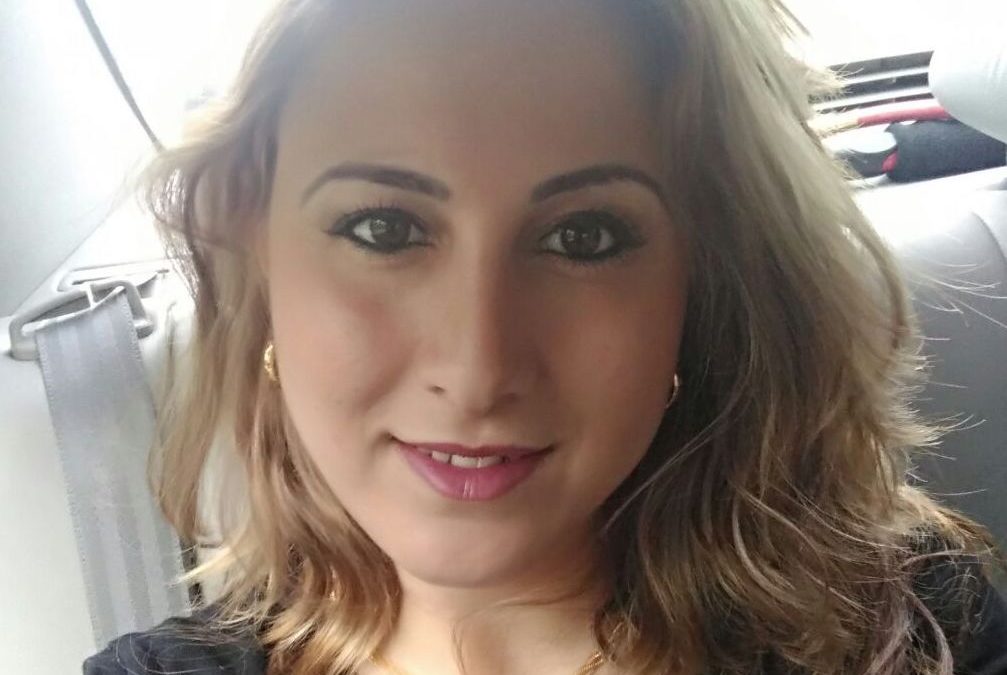 I remember when I was a young teenager, during the second intifada, wanting to travel and be independent – but terrified to ride the bus. ‘Maybe someone will come and blow themselves up or put a bomb on the bus.’ It was the reality we lived in. If I boarded a bus and an Arab boarded after me, I used get off the bus because I was afraid.

When I was very small, maybe four or five, I knew a few Palestinians: my father employed them, but as I got older my life became more and more segregated. I had never seen or heard the other side and I had no idea what was going on just behind the wall.

When I was 13 I decided to study arabic. I wanted to learn the language of the “enemy” so that I could do something important to serve my country. I was first in my class and was determined to serve in the Shin Bet, the Israeli intelligence. At the age of 18, the IDF denied me of my dream. It was devastating. Still to this day I don’t know why I was rejected from the army intelligence, but I was told by a high ranking Intelligence Commander that it might be because I have Arab roots. My family is Jewish, but my father is also Moroccan and my mother is from Egypt.

I went to the army at age 18 to be a secretary, not because I wanted to, but because it was the law. I hated every day of those two years. I never worked at a checkpoint or met a Palestinian while in uniform; I worked a desk job for the entire two years of my service.

I still remember the most traumatic day of my service. It was during our training. We were each given an M16 and told that we had to stay with the gun all the time – if we lost the gun we would go to jail for seven years. I used to sleep with the weapon under my pillow and hug it in the night. One day we were told we were going to learn how to clean and shoot the weapon. I stayed in the back and was last on the line. When it was my turn, I said to my commanding officer: “I don’t want to learn to shoot. This isn’t for me. I don’t want to use this weapon.” I was terrified I would make a mistake and accidentally hurt one of my friends. She said, “You have no choice, you have to shoot the weapon.” She grabbed me in a bear hug, controlling my arms and forced me to shoot the gun. I sobbed through the entire exercise, but I had no choice.

When I was released from the army, I went to study at University. My first year, I decided to study Middle Eastern Studies and Arabic. I chose these courses because I wanted to ‘know my enemy better.’ This remained the only reason to bother learning about Islam or to learn to speak Arabic. One of the first courses I took at University was about the Palestinian narrative. I was amazed to hear how different things appear on the other side of the barricade: ’48, ’67, the conflict – none of these stories resembled the stories I grew up on.

At the same time, I worked at a hotel to make ends meet. For the first time I met Palestinians on an equal level. This hotel job was my first face-to-face encounter with Palestinian guys. The first weeks were extraordinarily difficult. I wouldn’t talk to them and they wouldn’t talk to me. Every day, for about eight hours, I was alone. I was the only Jew and the only girl – and I certainly wasn’t going to break the silence. But after a while the ice was broken. We were working together, so we were forced to communicate somehow. We had no choice except to cooperate.

Those were days of the tractor attacks in Jerusalem and truly genuine and fascinating conversations emerged out of the anger and pain. Today I know to call that dialogue. We spoke about politics: they blamed me, and my government. They said that we occupied them, that we stole their lands, that we killed their people. And I said the same thing to them. I asked them why they wanted to kill us and throw us into the sea.

Slowly, I started to understand the situation better, and to understand the history. I realized that we have different narratives about the past, and that there is no one truth. This was the first step of my change. The condescension and arrogance I had arrived with started to fade, and friendship grew in its place. We talked a lot, laughed together, and they helped me with my Arabic homework. To this day we have a close and special connection.

From there, the only way to move was forward. I started taking an interest in the political situation. I decided to get my MA in conflict resolution and peace building. I joined tours in the Territories that were run by all kinds of different peace groups. This was when I met Combatants for Peace for the first time. I immediately felt that this was the place for me: a place where Israelis don’t speak about Palestinians, but rather speak with Palestinians.

I really believe in dialogue. Today I teach serve as a mediator and facilitator between Israeli and Palestinian groups. I also  teach Arabic and Hebrew in order to help people have contact with one another.  I firmly believe that people first need to meet each other. We are all trapped behind walls: walls dividing our lands and walls dividing our minds. We don’t see each other and we don’t know each other. Too many people are stuck in stereotypes and negative illusion, and far too few Israelis know what is actually happening behind the wall. For me, the first step was dialogue, and now I am called to action. Things are not right. There is no justice, and because of that, there is no peace. The situation needs to change.