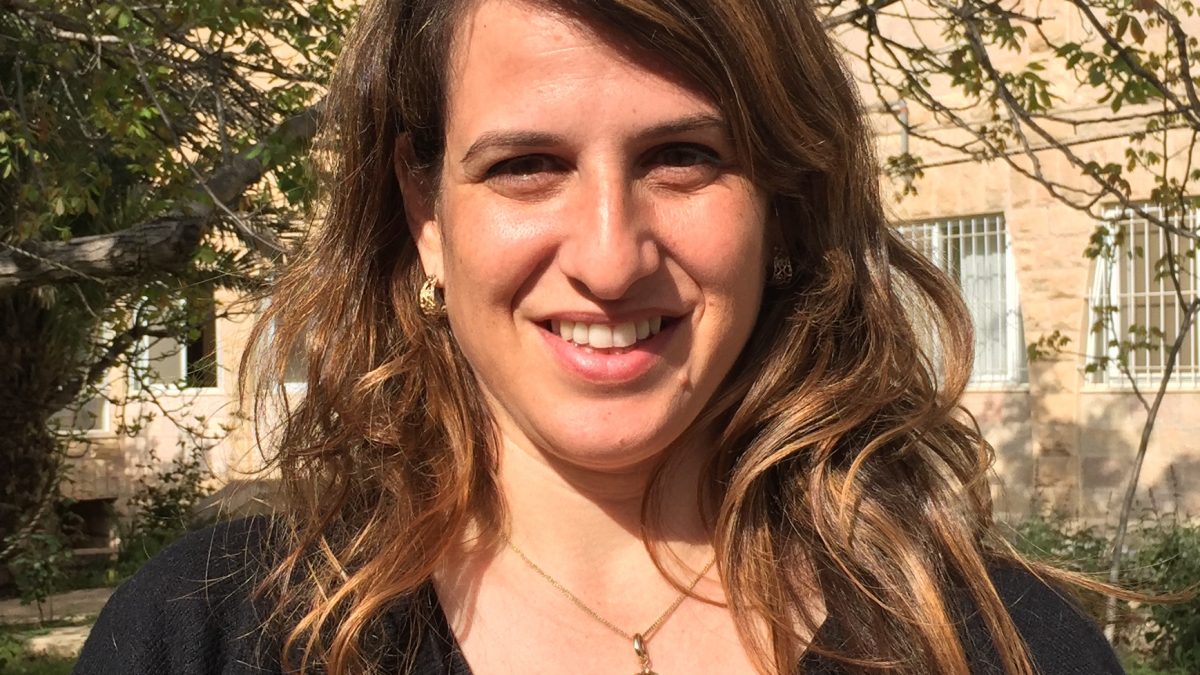 I was born in Rishon LeZion. My father was born in Poland and moved to Israel when he was one-year-old. My grandparents were Holocaust survivors who had lost almost all of their family in the war. My grandmother’s story deeply affected my identity and my worldview. My mother and her parents were all born in Israel. They fought with the Etzel in their youth.

At home, my parents spoke of peace and about the need to reach a political agreement with the Palestinians. We wanted peace, but we feared the Palestinians. The only Palestinians I saw where ones who worked in construction All I knew about Palestinians were the violent images on TV. Palestinians with the keffiyeh with just their eyes visible. Terror attacks. My narrative was that we just want to live in peace and find a solution, but when there is a chance, the Palestinians will attack us. That was also the narrative of my society. When I was 14 or 15 there were a lot of terror attacks on buses and in restaurants. The entire society was very anxious. We were afraid to go out of the house. Even hearing Arabic would scare me; the images of the Palestinians on television who want to kill us, alongside the terror attacks that happened in my youth, confused me deeply. At the time, the violence seemed one-sided to me.

At the age of 15, I was at the peace rally where Yitzhak Rabin was assassinated. During the rally there was an amazing sensation, we felt like we were on our way to finally achieving peace. We were dancing together, Jews and Arabs, and we were excited by the multitude of people coming to the rally. The assassination at the end of that evening was one of the defining events of my life. This event changed me. I realized I was living in a bubble. I couldn’t believe there were people in my society who didn’t want peace. I was shocked.  The grown-ups said the signs had been there for a long time. But I never saw the signs. I was completely sure that everyone thought like me. For the next week, I couldn’t go out of the house. I cried trying to understand that there were violent people in my society who didn’t want peace. Until then, I had thought of my society as a peaceful one, and did not know that there were violent, extremist, peace-opposing people in it.

When I was 18 years old I joined the army. I wanted to go. I was excited for my military service and did not perceive the army or the service as violent. It’s like going to the university. There are lots of jobs. People are proud of you. You can be independent. My father was proud. My brothers were proud. I was in an education unit. I thought it was open-minded and good that we have education units. But today I see it differently. I taught new soldiers how to use weapons. I taught them about the wars. I wanted to be very good at what I did. I wanted people to be proud of me. I never asked questions about the stories or what I was doing. I taught high school boys how to shoot weapons and about battle heritage. I taught exactly what I had been taught — I did not ask questions about what I was supposed to teach, nor did I make the connection between the fact that I was teaching them how to use weapons, and that they would become soldiers who would use this knowledge in violent activity.

Later I became an officer. It’s something that gives you prestige. I was also on the radio. I was the producer of an event about a lynching in Ramallah. The narrative of Israelis was that two men came by mistake to Ramallah and people killed them and threw them out a window. Ramallah for me was the scariest place on Earth. Throughout my army service I did not meet any Palestinians.

When I finished the Army, I came to the university. Something changed. At university, you learn to question things. We studied the conflict. I had a roommate who was born and raised in a village in Israel with both Jews and Palestinian Arabs. She knew how to speak Arabic and she was very political. An organization in the south had a one-year program to learn more about the conflict. I joined the program to meet Palestinians. We saw movies about other conflicts in the world and about what happened in our own country. We went on a tour of Hebron. It was the first time I was in the West Bank. I realized I didn’t know a lot of things.

I saw, for the first time, the reality of the Occupation. At the end of the process we were in an eight-day seminar attended by Germans, Israelis and Palestinians. After this incident, in which I first met Palestinians personally and heard their stories and the daily suffering they were experiencing, I could no longer keep my eyes closed.

Something in my identity, something in my narrative, felt broken. No one wanted to hear my experiences and I felt very lonely and angry. I looked for a group to belong to and work with to end the occupation. When I heard about Combatants for Peace they seemed brave and inspiring. I felt that Israelis and Palestinians, joined in nonviolent resistance, could be an alternative and together influence reality.

Combatants for Peace are heroes for me, because our members are people who have been held in high respect in their communities. They are brave enough to say things that people don’t want to hear, to take responsibility, and to influence our society the way they think is best.