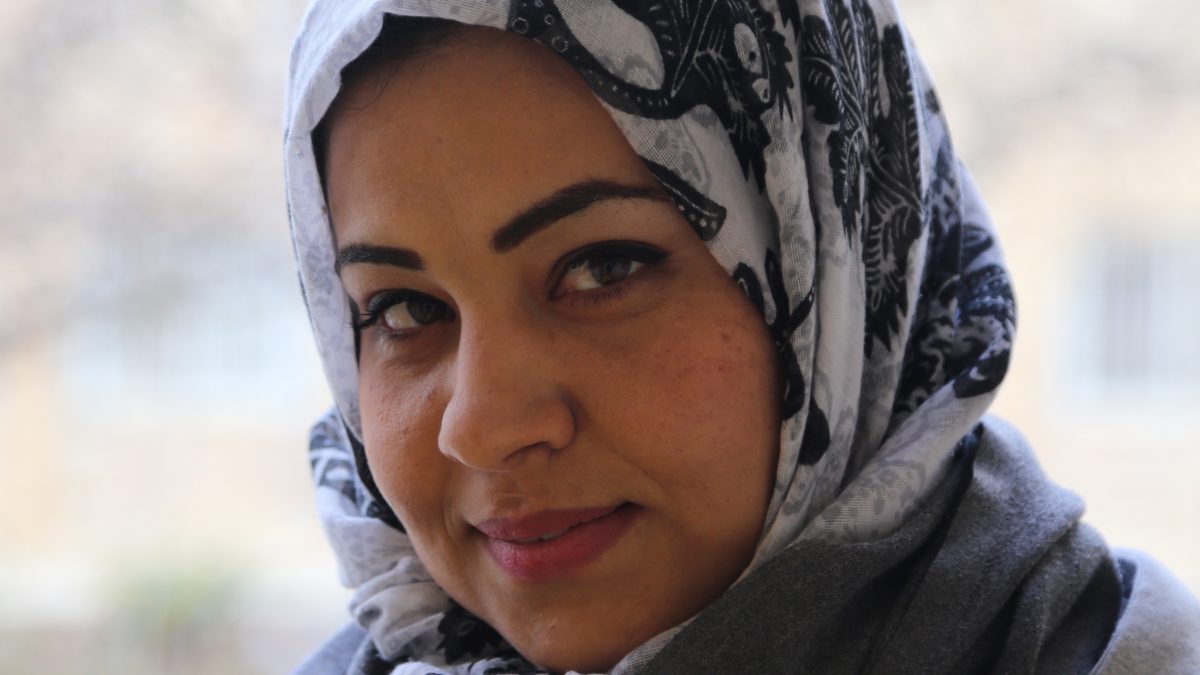 I am well aware that I am an unusual phenomenon. A Palestinian woman in an organization such as Combatants for Peace is uncommon; but the truth is, I found the movement through another woman: my mother, a seasoned peace activist who brought me to many meetings with Israeli peace activists.

I admit that Combatants for Peace has been difficult for me at times. When I first joined the movement I felt hate much more than I ever felt any desire for peace. I only went to the second meeting out of curiosity, and the simple feeling that I needed to understand more. After a short amount of time going to meetings, I left the movement for a long time and lived securely in my anger.

I rejoined the movement a year ago, when I heard someone talking about Combatants for Peace’s activities. I was curious to see what had changed since those meetings I had gone to long before. A friend and I went together. There, I confess, I entered into the greatest confusion, a confusion which I have yet to resolve. Maybe it’s the belief that despite everything promoting peace is still possible; maybe it’s the brave friendship I have found with the Israeli women in the group. For the first time, I feel like I can talk about my hope for the future without scorn.

Not everyone is thrilled by my participation in Combatants for Peace. My parents, especially my mother fully supports me, but my siblings and friends are filled with misgivings. When I invited them to the movement’s film screening in Ramallah, they all accused me of “normalizing.”

But my vision fits with the agenda of Combatants for Peace. It’s a simple vision: borders at the 1967 boundaries, without settlements and without occupation. Freedom of movement: the ability to move between Hebron and Ramallah without checkpoints and without constantly worrying my parents. Combatants for Peace is partners in my vision, without that, I wouldn’t be here.