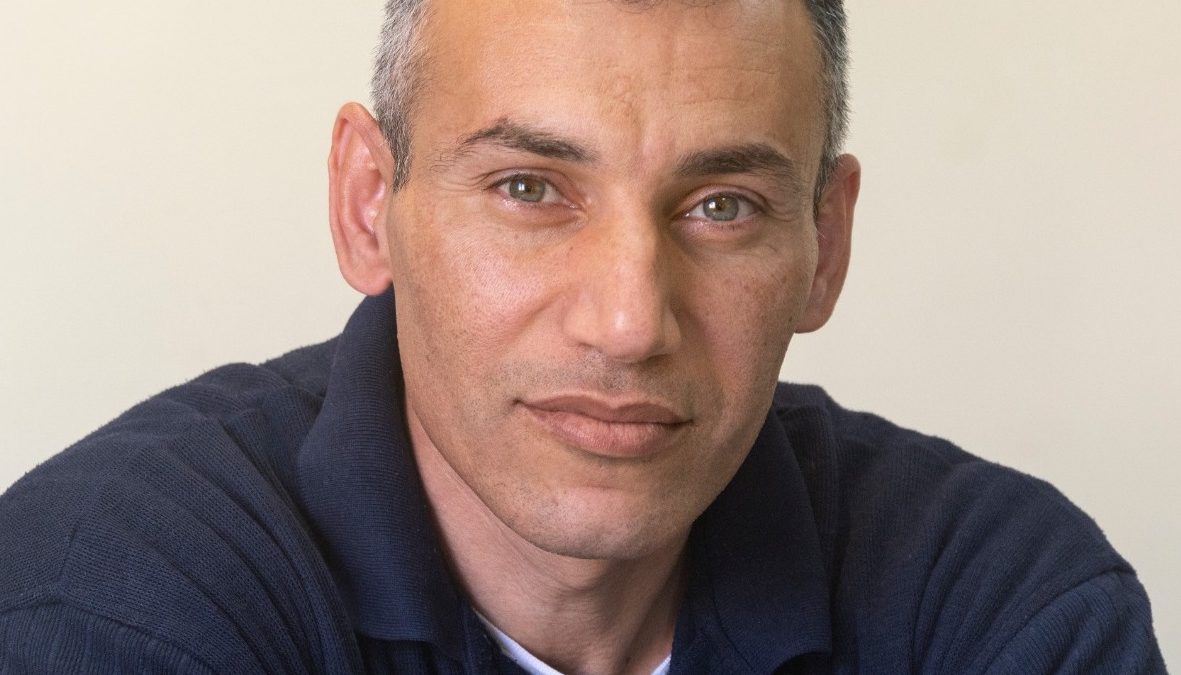 My grandparents left Gaza in the early 20th century and moved to Be’er Sheva because of their business. My parents were born and grew up in Be’er Sheva. In the 1948 war, they tried to go back to Gaza. But they decided instead to run to Jericho because it’s close to the Jordanian border. If they were attacked them, they could get to Jordan fast.

I grew up in Jericho hearing my grandparents’ and parents’ story about the 1948 War and what they faced when they ran from Be’erSheva to Jericho. How many people were killed in front of them, how many bodies they passed. I also heard my parents’ story about the 1967 war, when Israel occupied the other lands of Palestine. My parents ran to Jordan. It was a difficult trip. When they crossed the Jordan River, but they all saw people killed in front of them. All these stories made me angry against the Jews and encouraged me to think about revenge.

These stories made me feel more patriotic and strengthened my roots to this land. I decided when I was young to be a strong fighter, to gain revenge and protest against the occupation. I was ten years old in 1982 when Israel attacked Lebanon. I collected tires and put them on the street to help youth make fires to demonstrate against the war in Lebanon. At ten years old, my tools were stones and tires. I was thinking about revenge, protests and violence. I wanted to be a soldier or fighter. I didn’t have the luxury to play at the beach, in the desert or the forest with friends.

At the age of 15, decided I wanted to fight the occupation. I joined the local Hamas movement. I threw stones and made flags. At that time the Palestinian flag was illegal. If the Army caught anyone with the Palestinian flag, that would mean three to six months in jail without a court hearing.

In 1992 I was sentenced to seven months in Israeli army prison as a political detainee. In jail I had a chance to meet people with different visions about the future, about what happened, about politics. Oslo also started while I was in jail. My parents came to see me. I asked them, what is happening outside? They told me about the peace agreement with the Israeli government to make two states. The Palestinian flag became legal. The people in Jericho were very happy. They shook hands with the soldiers and exchanged flowers. The day before, we were enemies. We threw stones and shot bullets against each other. The day after, we became friends. We exchanged flowers and shook hands. I put  these thoughts somewhere in my mind and I continued my life.

After jail, I created a youth group to help my city and my society. There was a new chance for peace. We took courses in leadership, communications, and first aid. We started working as volunteers in schools, hospitals, and nursing homes. I took a first aid course, and became an ambulance volunteer in the Palestinian Red Crescent ambulances.

During the 1996 clashes in East Jerusalem I provided medical attention to many of the wounded Palestinians. At one instance I ran to help an unconscious man and to my surprise, discovered my close friend from Jericho, Firas. I lifted him into my arms and began running towards the ambulance, but was shot in his back by an Israeli soldier, and collapsed. On my way to the hospital I fell in and out of consciousness. In one terrible, lucid moment I heard the doctor ordering the paramedic to cease the revival efforts of the second patient in the Ambulance – my friend, Firas.

When I came back to Jericho, I asked my family about my friend. My brother told me, he passed away that day. He took me to the cemetery. There were four graves, one for my friend who was 21 and studying law in Jordan, another for a 17 year old kid, and a third for a Palestinian policeman. These three guys were killed on the same day that I got injured. A fourth grave was empty. I asked my brother, why is that grave empty?  He told me, we dug that one for you. We thought you would die. After six months of rehabilitation I slowly began to walk again, though the bullet is still lodged in the back of my neck to this very day.

I continued with my life until 2004, when my friend asked me to participate in a workshop with Israelis. I was shocked. I started shouting at her. How could you as me to meet my enemy? To meet the people who killed my people? Who took my land? Who made me a refugee? Who put me in jail and occupied my hometown? How can I meet these bad people?

I decided to go but not talk with them. Just worship for the weekend. On the first day, I didn’t talk with anyone. On the second day, I started talking with people. On the third day, I talked with people, drank together, smoked together. On the fourth day, I started asking people sitting beside me, seriously, are you really Jews? Are you Israelis? The only Jews I had met before were in the military, not civilians. I never had a chance to talk with them about the future. About our rights. But in the seminar, I had the chance to talk about human rights, Palestinian rights, two states. After the seminar, I wanted to know more about the other side, to make relationships, to understand them.

In 2006 I got a chance to meet Combatants for Peace in Jericho but didn’t join. I thought I didn’t have enough knowledge or information about the other side. I needed to discover these things by myself, in my own way. I continued to go to workshops. I met Internationals, I met Israelis. I went to a seminar in Germany with Israelis, Palestinians, and Germans.

In 2013, I got an invitation from Combatants for Peace to give a speech on Memorial Day. After that, I became a member and continued my protests to end the occupation and the conflict between the Arabs and the Jews. We must build trust and understanding among each other. We must also end the conflict and build a strong basis for our future, for the sake of our kids and grandchildren. I hope we will reach this target some day.