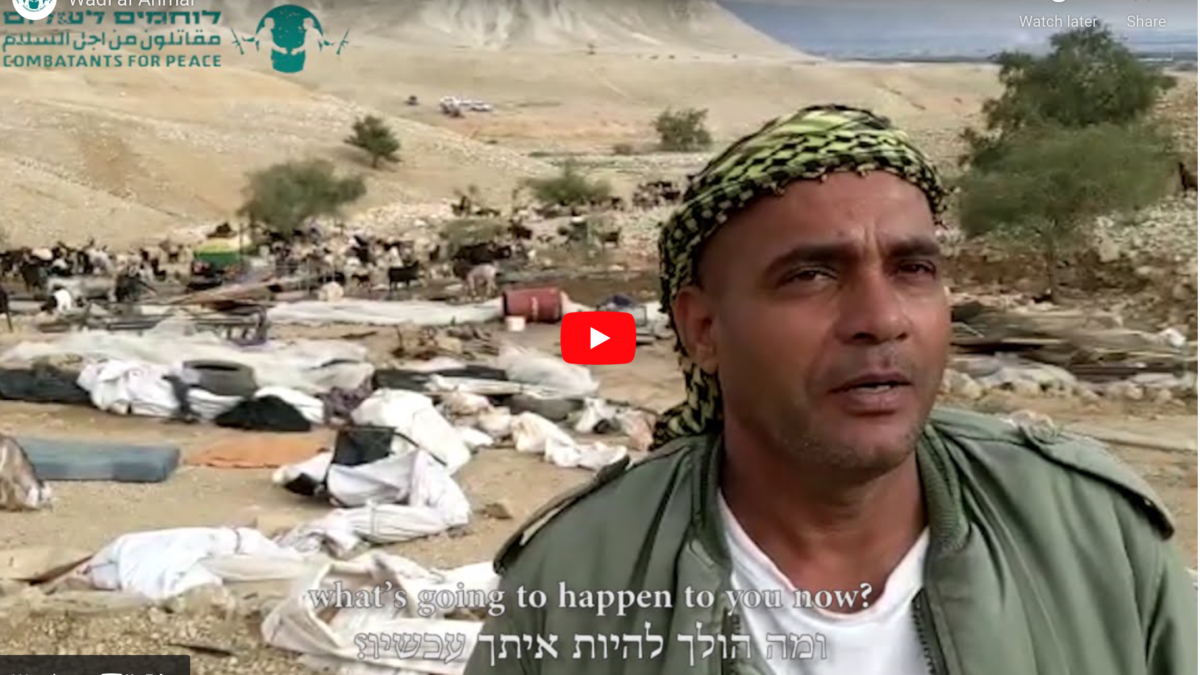 Send this letter to Congress Today!

Letter from January, 2020 – watch the video below.

We need your help – today – to stop a new round of systematic and aggressive attacks against indigenous Palestinian shepherds in the West Bank.  I am calling upon you to demand an immediate end to these illegal actions that are destroying the livelihood of vulnerable Palestinian families and leaving families and children homeless.

In the last 72 hours, the Israeli military (IDF and COGAT) has destroyed and confiscated homes and other shelters belonging to Palestinian shepherding communities in both the Northern Jordan Valley and South Hebron Hills, in the villages of Humsa, Hamam El Malich and Mitte.  On Monday, the Israeli military destroyed another Palestinian olive tree plantation, uprooting trees and destroying the main income source for the community.

This new round of demolitions in the Jordan Valley, together with preventing access to water and grazing fields, while encouraging Israeli settlers and settlements to flourish, is by all international standards a process of incremental ethnical cleansing.  While Israel is no longer discussing legal annexation, these actions show that they are going forward with plans to take over the territory.  This same area of the West Bank is home to six long-standing Israeli settlements, along with six new Israeli outposts that have been built in the last four years. These new outposts are illegal, even under Israeli law, yet the Israeli army actively promotes and protects them at the expense of their neighbors.

Israel is taking advantage of the fact that President Biden is distracted by his most urgent tasks, so these escalating attacks are a test of the new administration. Demolitions and confiscations occur throughout the year, but this recent concentrated effort is having devastating results, leaving shepherd families homeless during the ongoing pandemic, and leaving their herds exposed to the rains and cold nights of winter.

With great urgency, we call on Congress to stop these systematic attacks against the civilian population and to demand that the Israeli government comply with international law.