The North Group of CfP 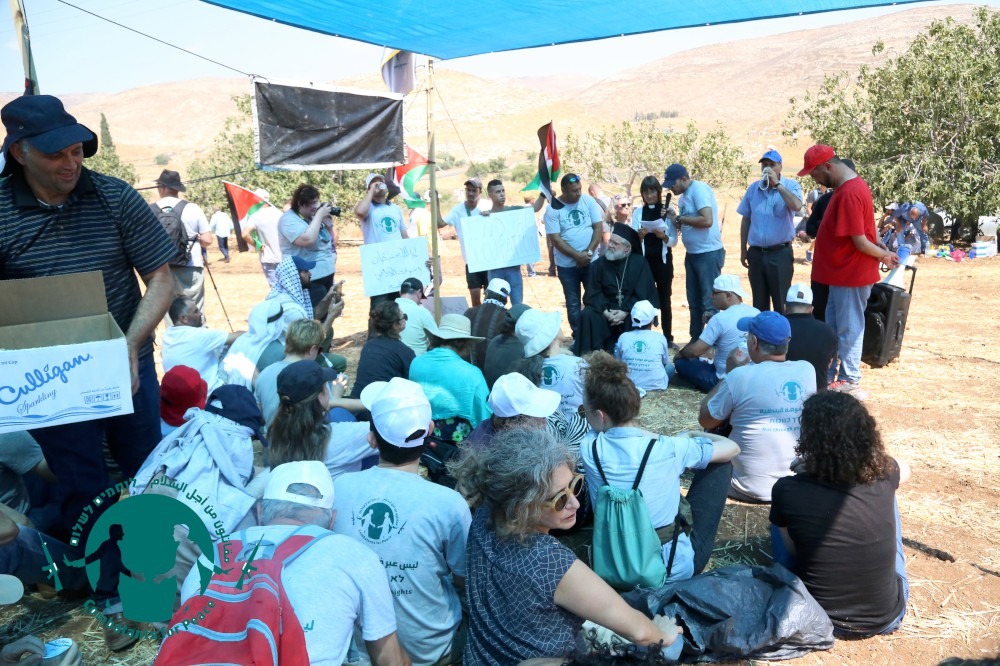 The villagers of Malik and Combatants for Peace activists gathered this morning for a peace prayer led by clergy from the three major denominations
The army encircled the group and prevented additional villagers from approaching; Ultimately the army intervened, dispersing the peaceful demonstrators with tear gas
* * *
The approximately 200 peace activists and the villagers gathered on village land to conduct a joint prayer and non-violent protest against the settlers’ illegal efforts to expropriate village land for the expansion of the nearby settlement Kochav Hashahar.  Following the quiet prayer and study ceremony, led by Rabbis for Human Rights, a Palestinian Christian minister and a Moslem religious figure, the group moved towards the path leading to the village itself, calling out slogans against the occupation.

The army, that had stood by watching on the edges of the meeting, now responded – dispersing the demonstrators with tear gas, and detaining one of the Palestinian journalists. One of the participants, a resident of the village, collapsed from inhalation of tear gas; he recovered after receiving first aid on the spot.

For some time now, settlers from Kochav Hashahar have been building illegal outposts on private grazing grounds belonging to the village – land expropriations that constitute war crimes.

Tuly Flint, the Israeli coordinator of Combatants for Peace said: “Only the distorted reality of occupation and apartheid can transform a non-violent demonstration of reconciliation and interfaith prayer into a scene of tear gas launched by armed soldiers against peaceful civilians.  We came here today to express solidarity with the people of the village of Malik who are standing up against the outrageous efforts by nearby settlers, efforts that are ignored – and worse – by the occupation authorities, who in fact respond with brutality characteristic of the day to day reality in the occupied territories.  At this moment, as we Israelis are about to go to the polling booths, it is important that we know and understand the depth of the iniquities that are perpetrated in our name, day after day, and the urgency of the demand to end this and to move forward.”

Rabbi Michael Marmor, Chairman of the Rabbis for Human rights Executive Committee, who participated in the prayer, said: “I came to the event to tell participants about sources from the Jewish tradition of expanding borders by trespassing. Probably some Jews, inspired by calls from state leaders for annexation and confrontation, who seek to trespass the border of their Palestinian neighbors, do so in the name of Judaism. We have come to say – it is time to interpret the sources differently. It is time to say enough for the systematic attempt to use Jewish tradition as a justification for plunder. It’s time to make it clear that there is a limit to trespassing.” 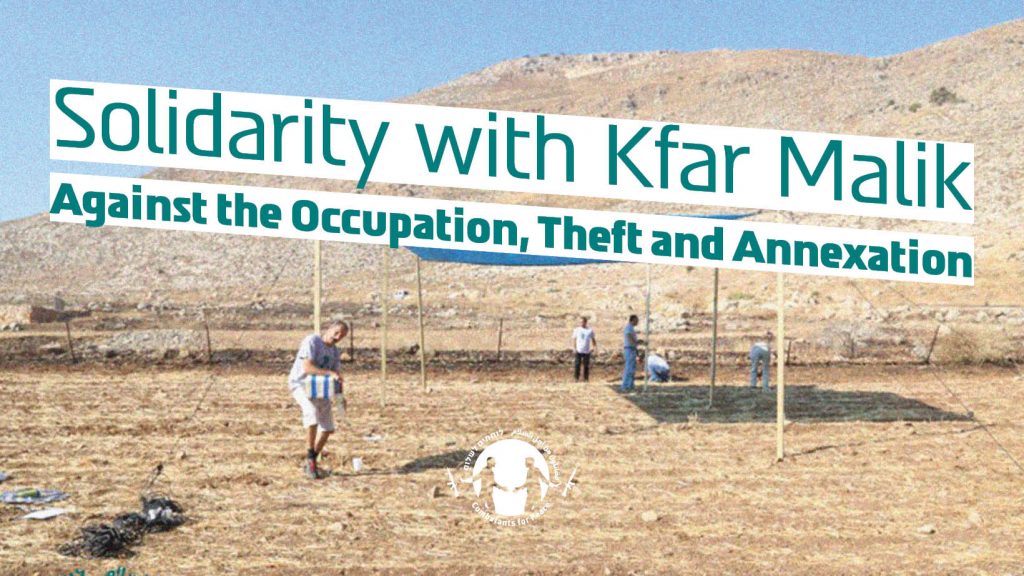