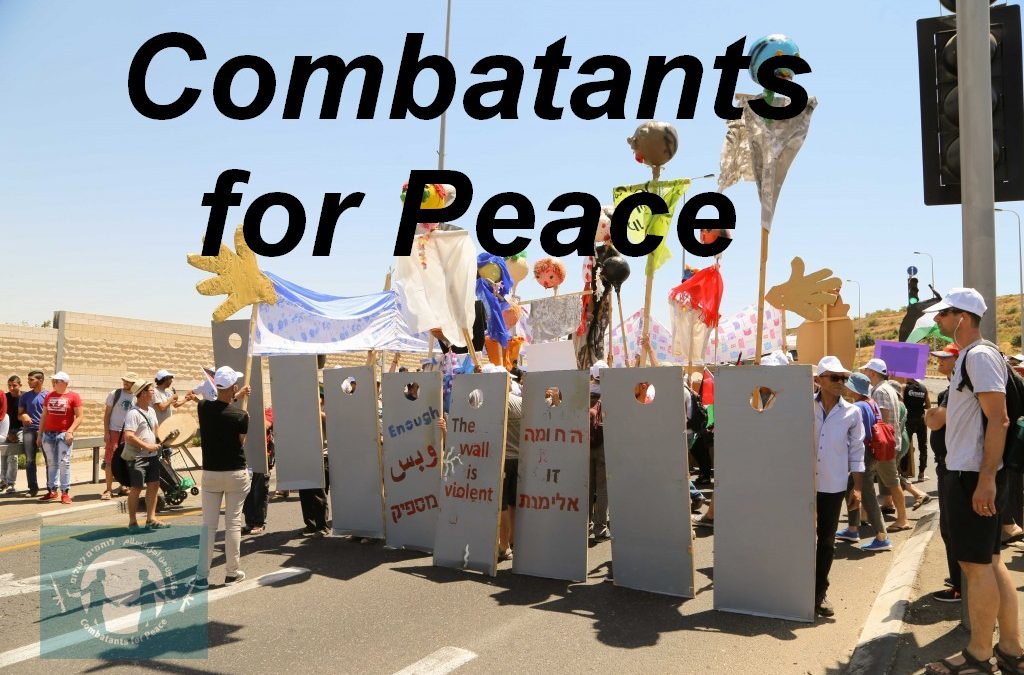 Combatants for Peace activists Michal Hochberg and Osama Elewat will speak at the Woodstock Community Center (56 Rock City Road, Woodstock) on Friday, March 8th, 7-9pm and at the Episcopal Church of the Messiah (6436 Montgomery St, Rhinebeck), on Saturday March 9th, 7-9pm. They will share their personal stories and answer questions from the community. A $10-20 donation is suggested but no one will be turned away.

Combatants for Peace (CfP), founded in 2006, is a bi-national, grassroots organization based on the belief that the cycle of violence can only be broken when Israelis and Palestinians who had taken an active role in the conflict, lay down their weapons. CFP remains committed to ending the Israeli occupation and all forms of violence between the two sides. For more info: www.afcfp.org

Michal Hochberg: Michal’s grandparents were all holocaust survivors. They came to Israel with the hope that this would be a safe and free land for their family. She was brought up in a home that desperately wanted peace, but was terrified of Palestinians. At the age of 15 she attended the rally where Yitzhak Rabin was shot, and it completely changed her worldview: it shocked her to realize that there are some Israelis who do not want peace. When she heard the stories of Palestinians for the first time in College, she decided to dedicate herself to social justice for all people in Israel and Palestine. She joined Combatants for Peace and has worked together with Palestinian partners ever since that time.

Osama Elewat: as a teenager and a young adult, Osama believed the only path to freedom for his people was through violent resistance & armed struggle. As a child growing up he didn’t realize that Israelis were also civilians – the only Israelis he had ever met were armed soldiers, who terrified him and his family. It was through meeting Israeli citizens who cared about his rights as an equal human being that his mind began to change. Today he is a dedicated to joint-nonviolent civil resistance to the occupation. He believes that we need to work together in order to build a more just world – and that the only way to do that is to see and respect the humanity of the “other.”

Funding this organization will help build a Palestinian-Israeli activist community that promotes freedom and security for both peoples though nonviolent activity. Combatants for Peace works to change public attitudes within the Israeli and Palestinian publics as well as in the international community.

“The children of Israel and Palestine can no longer imagine what peace looks like. Please, help us create a different future for them.”