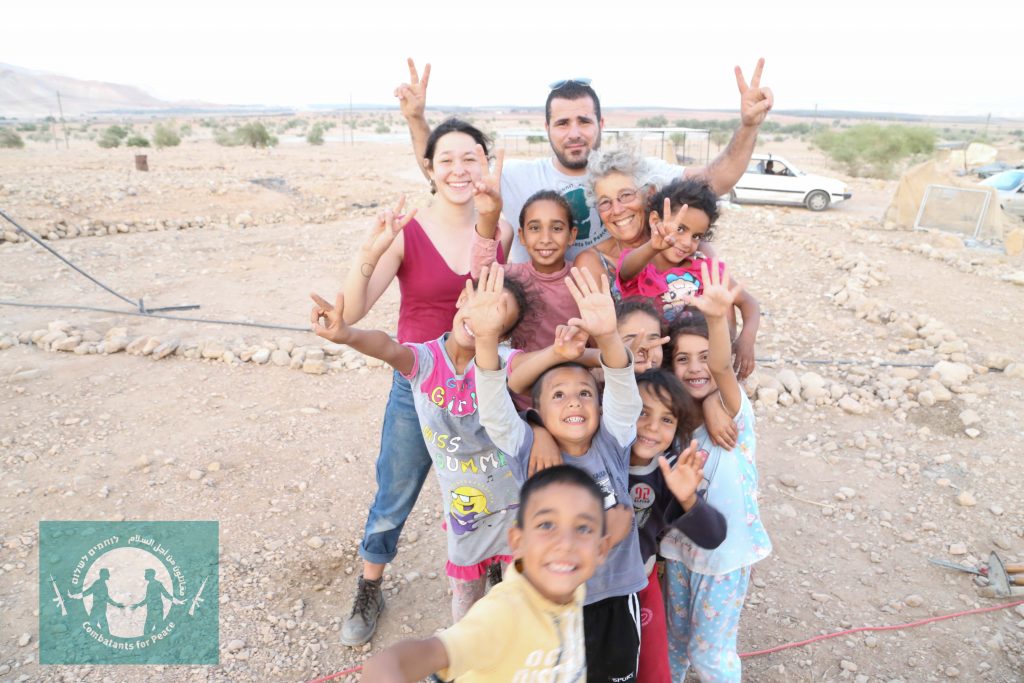 Combatants for Peace binational group activists have built four playgrounds in the West Bank, including the Bedouin villages of Fasail and Auja. The playgrounds are specifically for the use of the local Palestinian communities living under Israeli occupation. The goal of these playgrounds is to give these children, who live under constant threat of home and school demolitions, and face regular threats of violence – a safe and comfortable place to play.

Over the last ten years, Combatants for Peace has actively worked with marginalized villages in the occupied Palestinian Territories. These villages are not recognized by Israel, leaving them with no legal way to build homes, schools, clinics, or mosques. Many villages lack running water, electricity, and basic infrastructure. They are frequent targets of settler and army aggression in the ongoing Israeli Military efforts to unofficially annex all of Area C (the area of the West Bank under full Israeli military rule).
As with all of CFP’s work, the playgrounds’ construction is always done together, with Israelis and Palestinian, men and women, young and old. This joint effort allows for people to get to know each other better, and for us to understand the different needs of every local community. When our volunteers come to work on a playground, they come from all over Israel and Palestine, often working through the day and night, coming very early in the morning and leaving very late in the evening. We provide lunch, prepared by one of the local families. This way the money goes back into the Palestinian economy. This opportunity to get to know one another also serves to humanize Israelis to the local Palestinian communities. Often these communities only know Israelis as the people who come to demolish their homes and schools, conduct military training exercises in their villages or terrorize their families. These playgrounds give the two communities the chance to connect on a human level and begin to heal.
During our work on a playground near Jericho, the binational activist group arranged for games and activities for the kids, to keep them stimulated while the adults worked on the more dangerous parts of building a playground. This also gave many Israeli activists a chance to talk with the Palestinian mothers, speaking with them of  their wishes for their families, and discussing ideas for future joint activities. One such conversation led to a new English project, during which the Jerusalem-Jericho binational group is teaching the kids spoken English through games. We hope that more innovative project ideas will be inspired through Playgrounds for Peace.
Goals

Playgrounds for Peace has two main objectives: one is to give the children a way to play, have fun, and cope with trauma in the midst of their inhumane living situation. The second is that by building recreational facilities in these communities, Israelis and Palestinians are standing in solidarity for the residents’ rights to live freely. This tangible coalition building effectively challenges the threat of eviction and deportation by the Israeli authorities. It also allows Palestinian communities to come to meet Israelis face to face and serves to humanize the “enemy” – when often their only other experience of Israelis is as violent settlers or soldiers.

Read More: A Personal Account by one of our activists 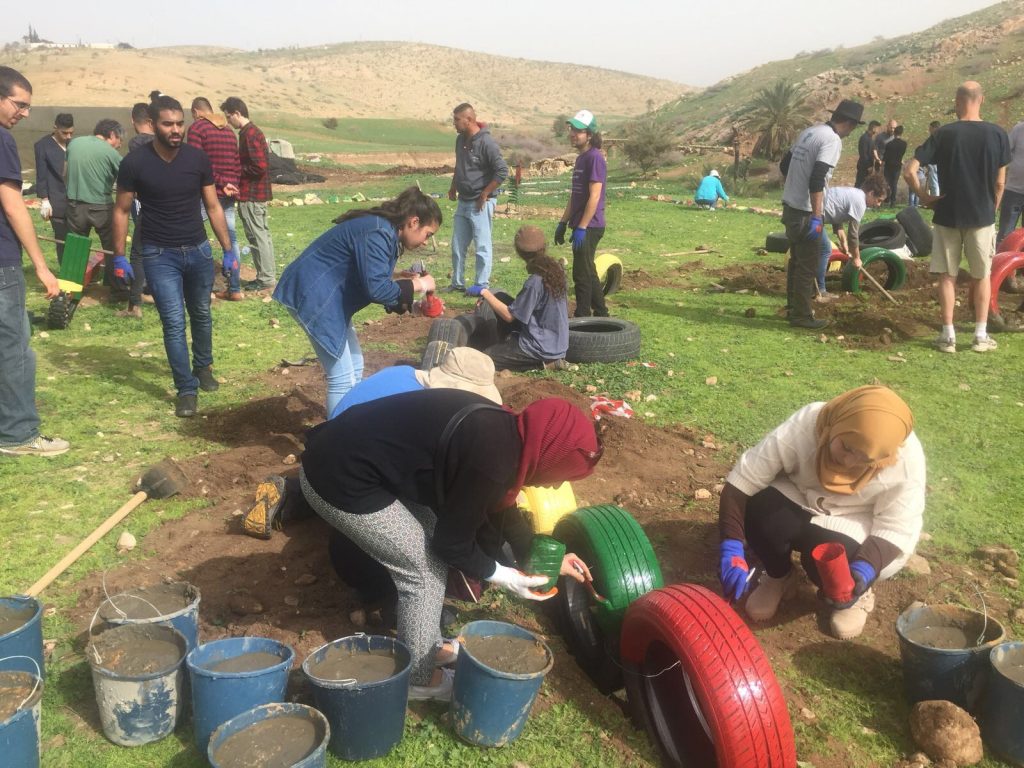 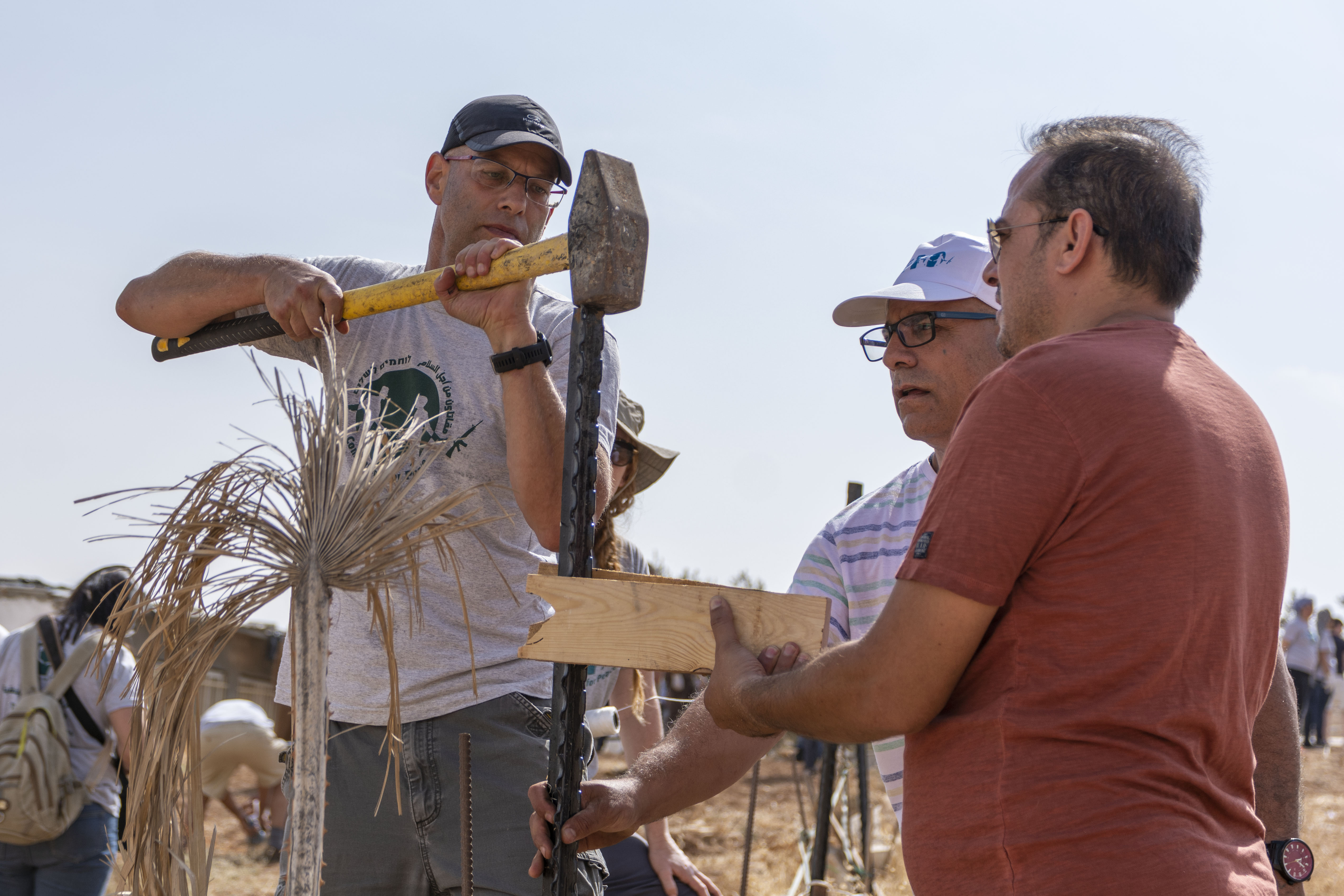 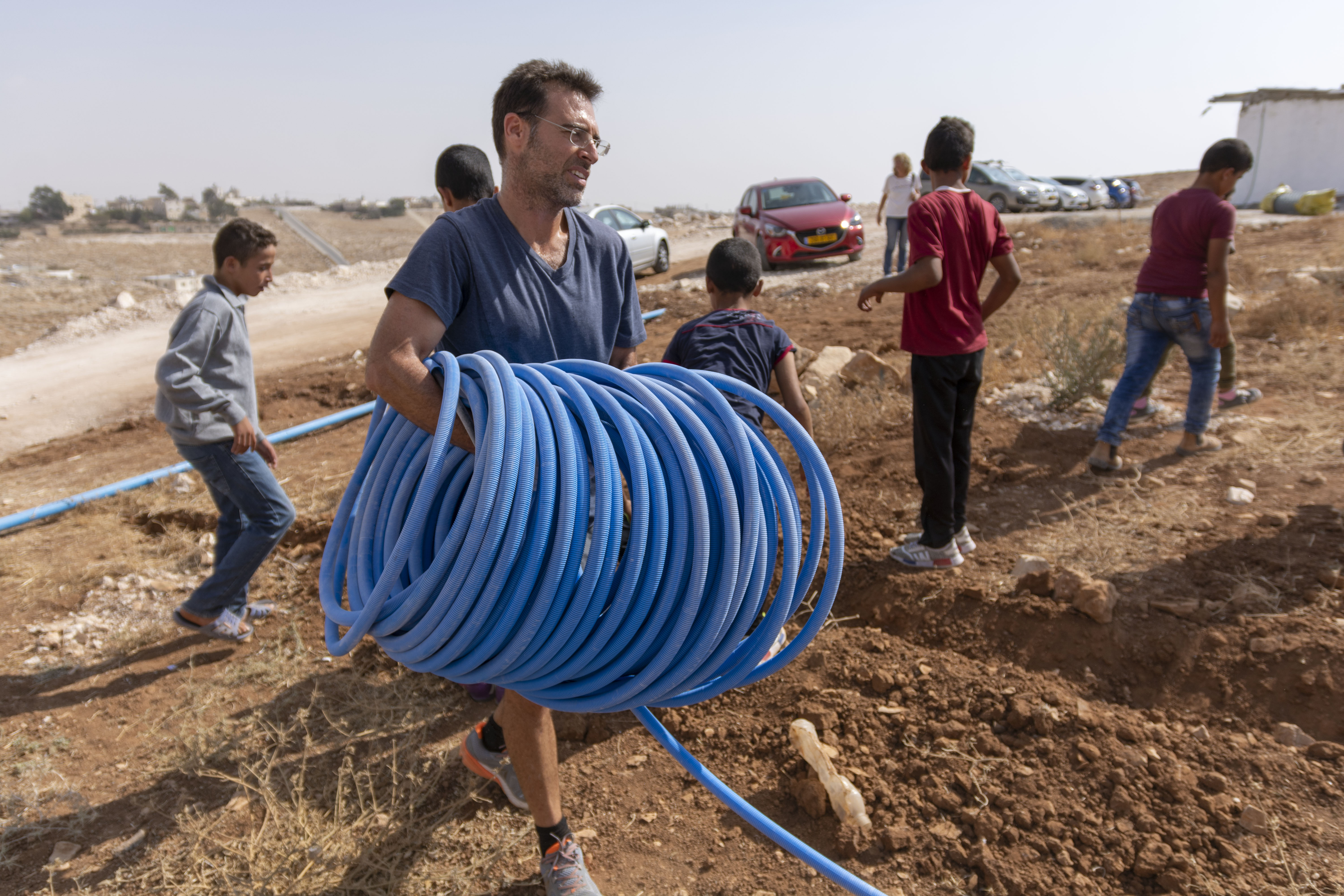 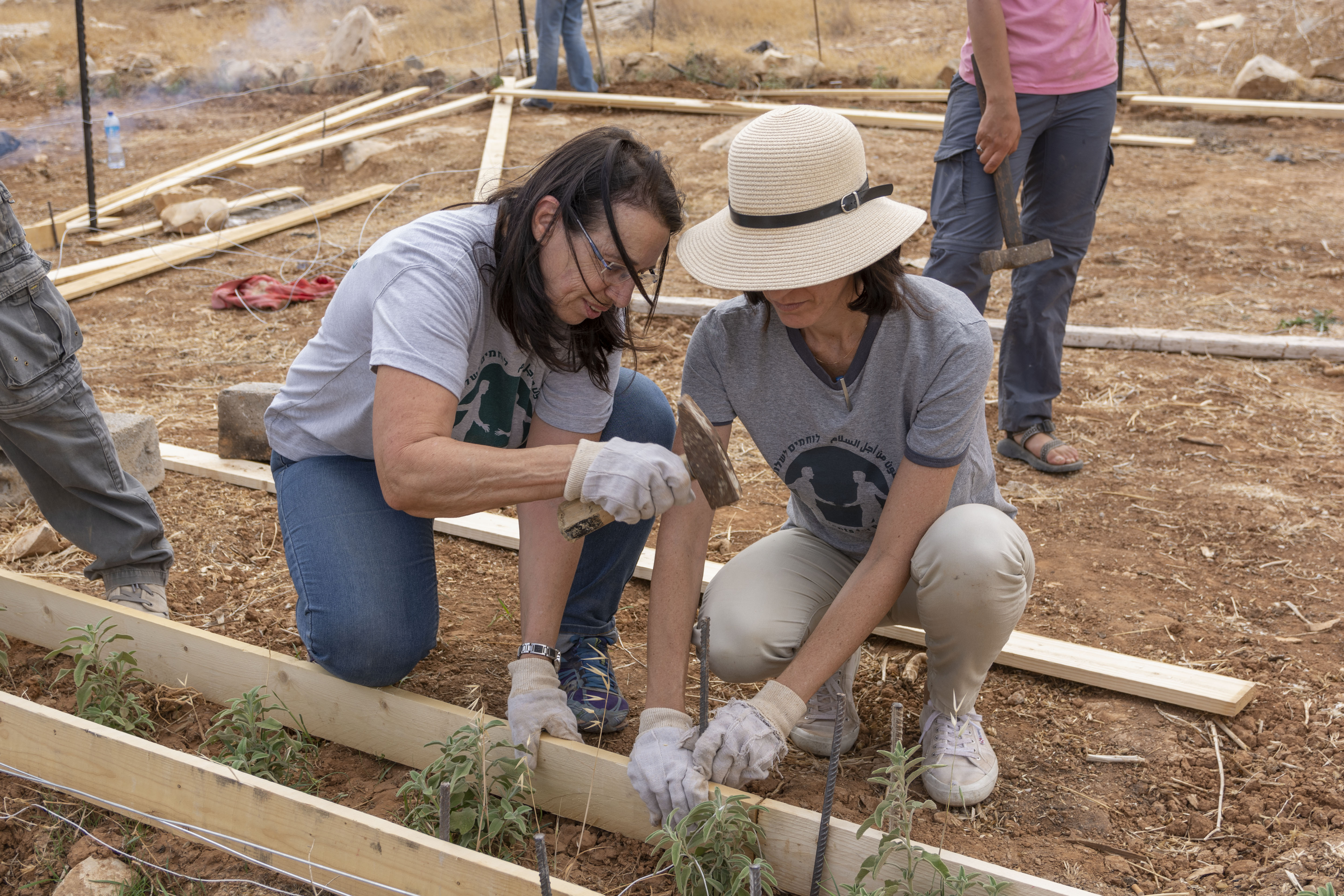 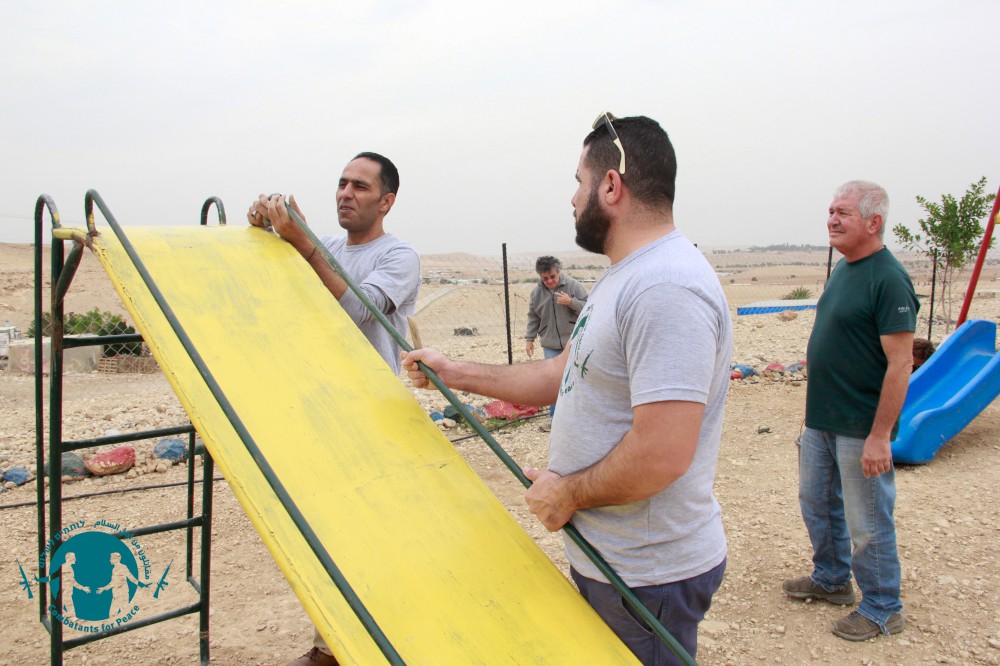 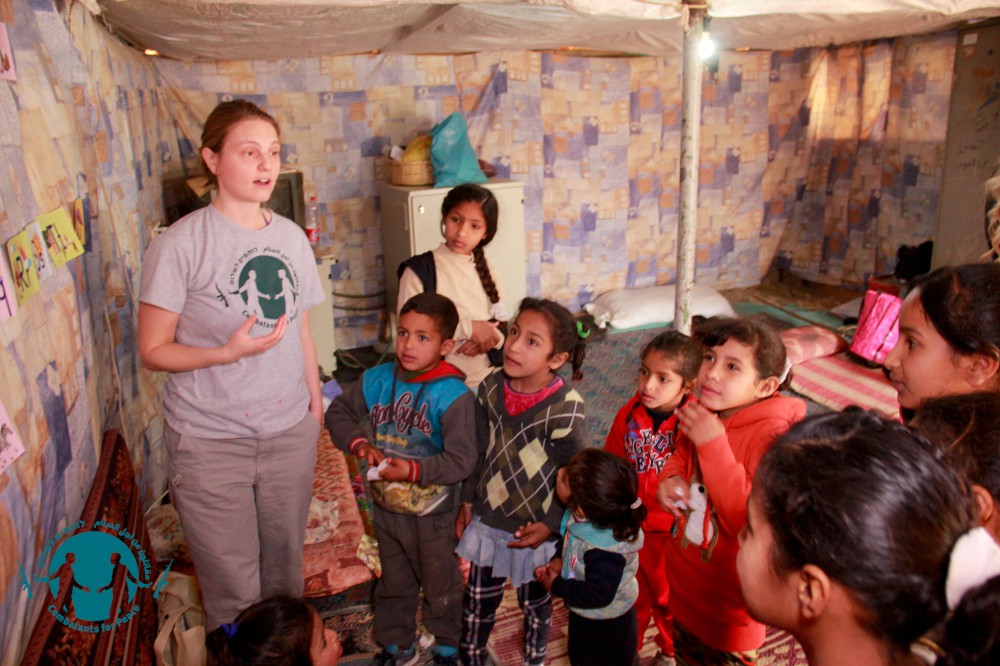 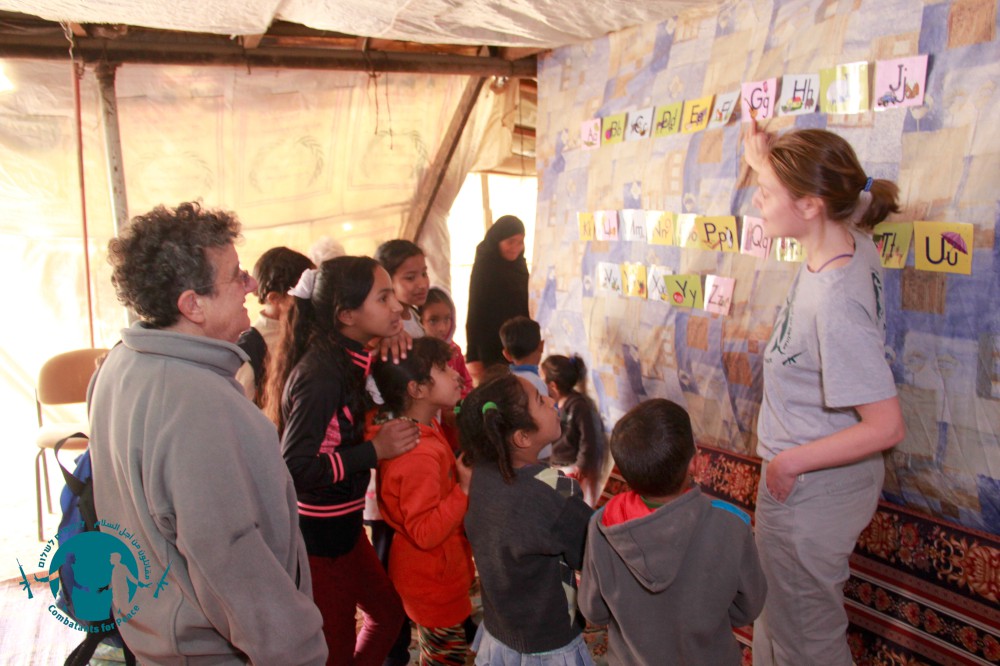 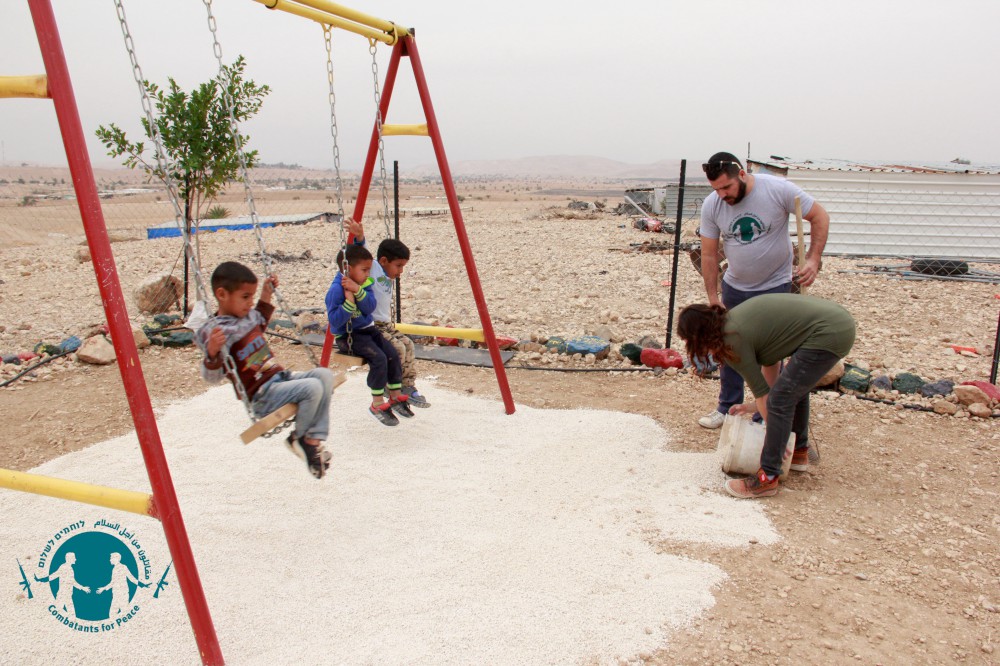 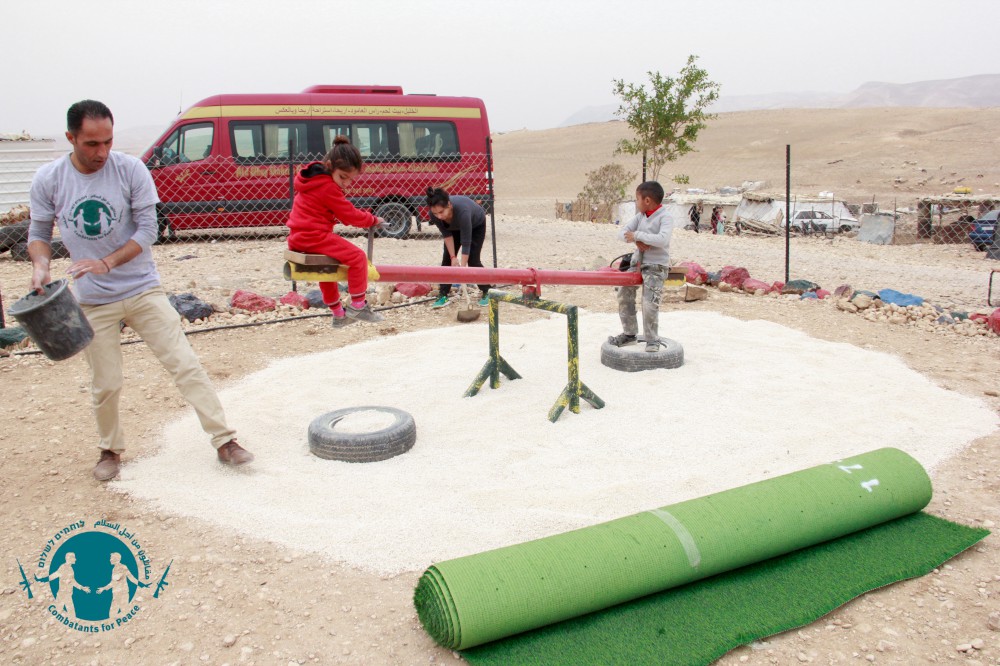 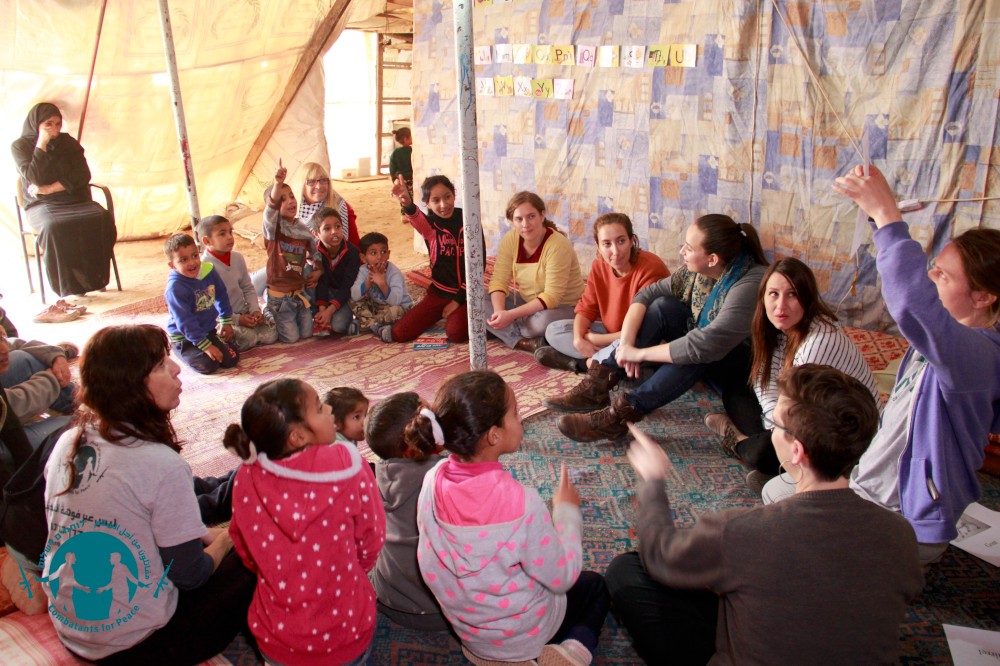 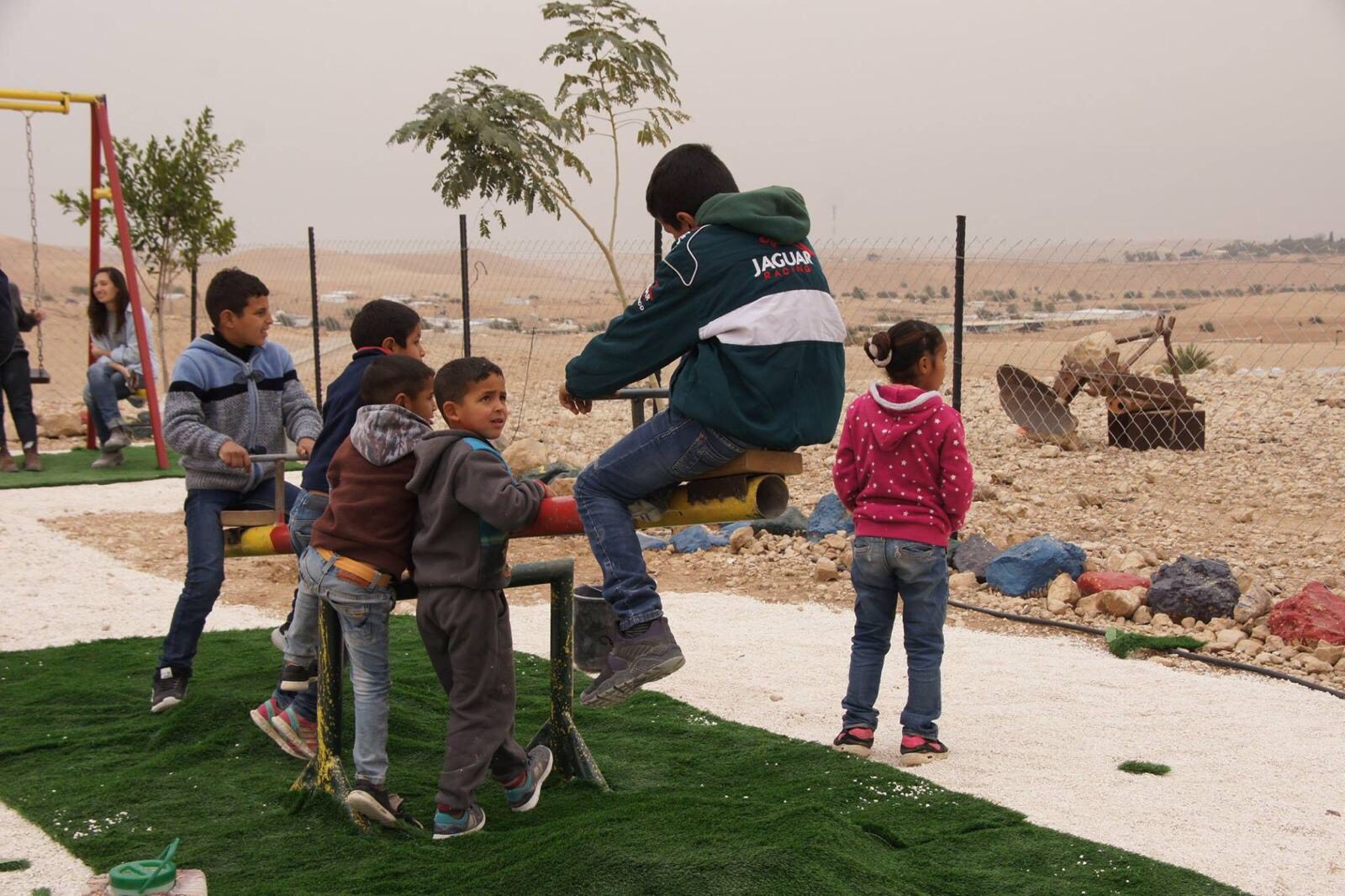 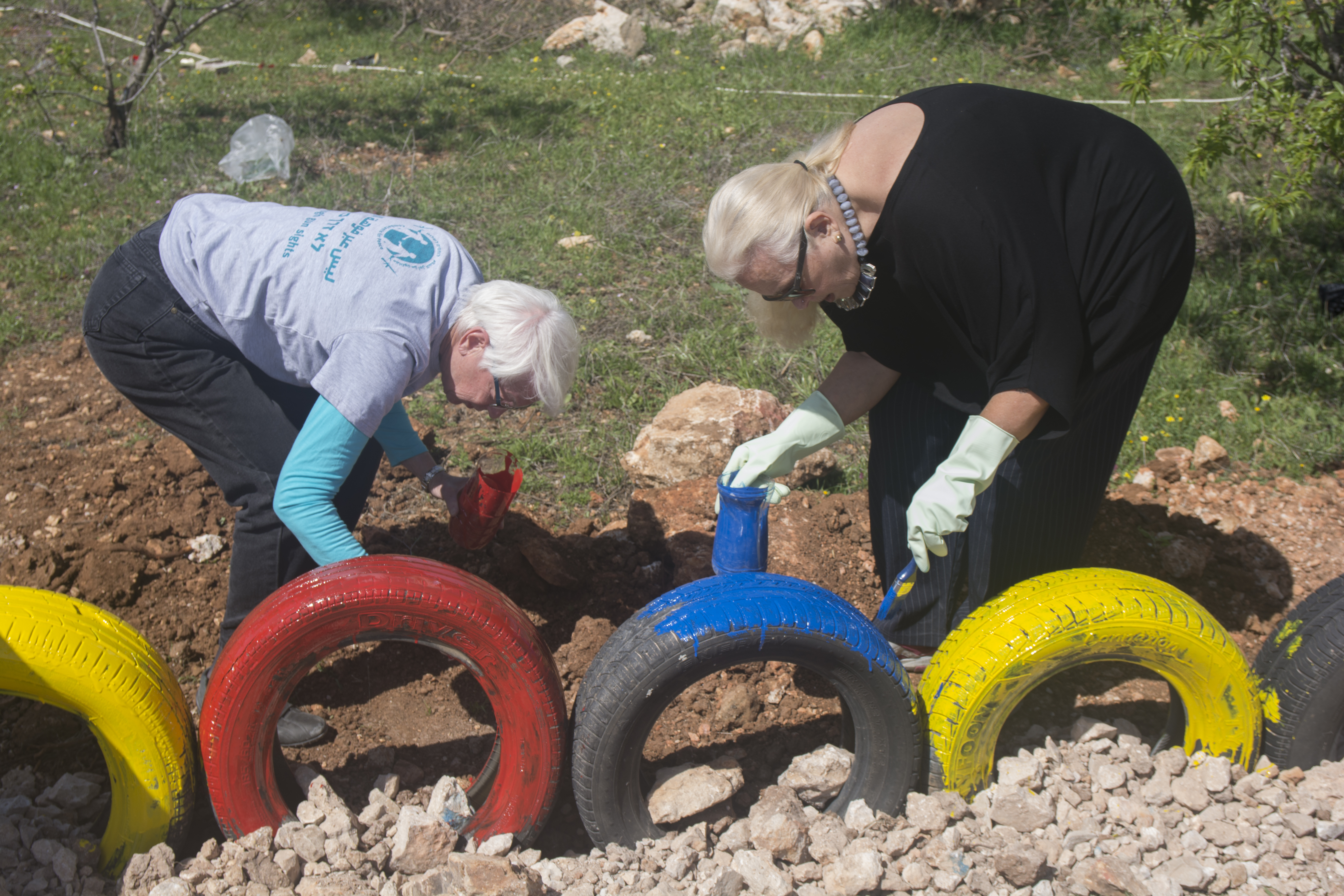 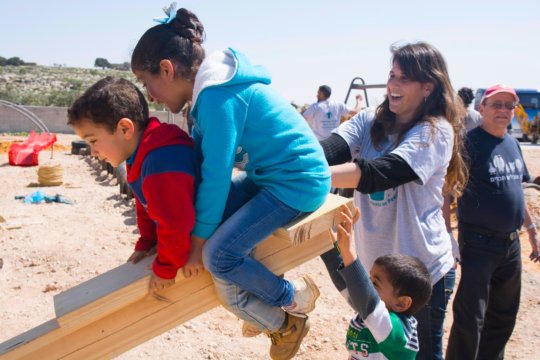 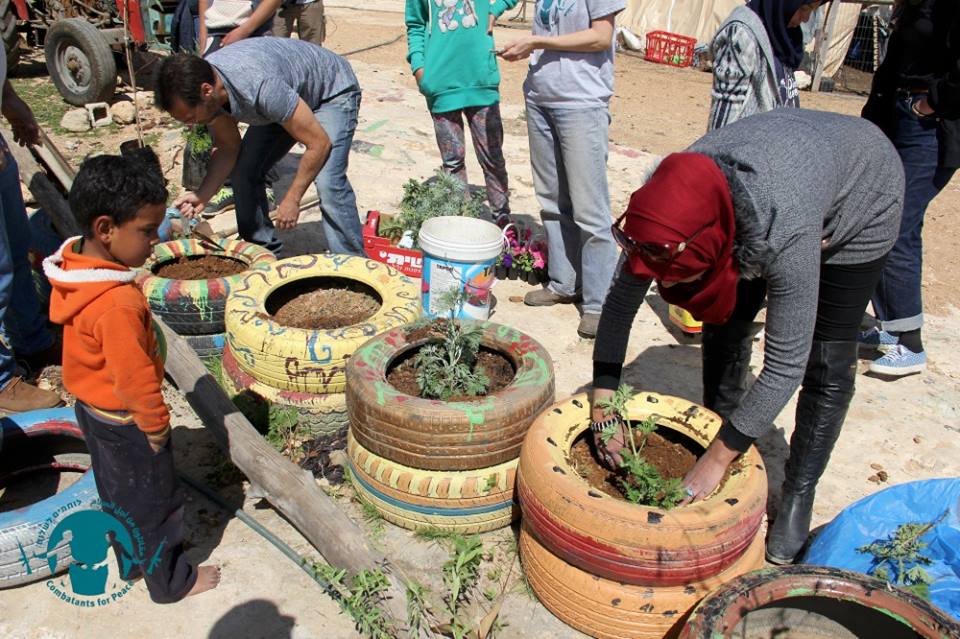 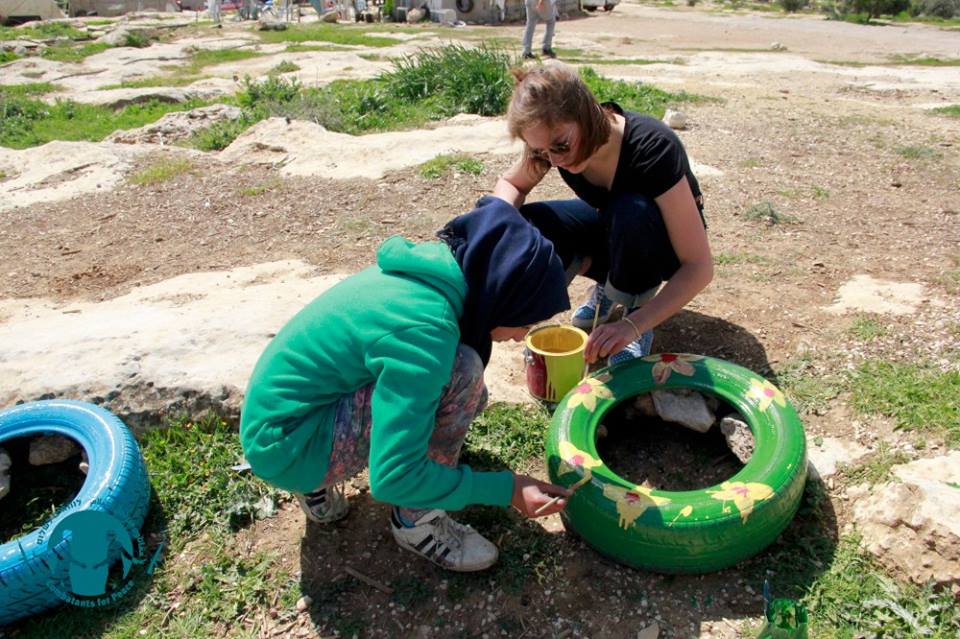 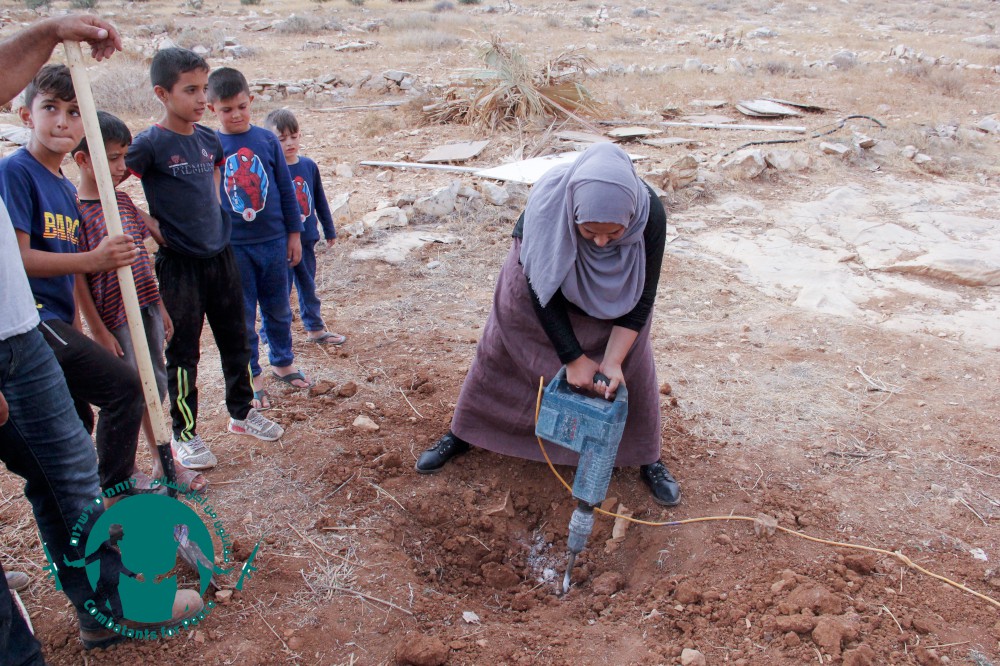 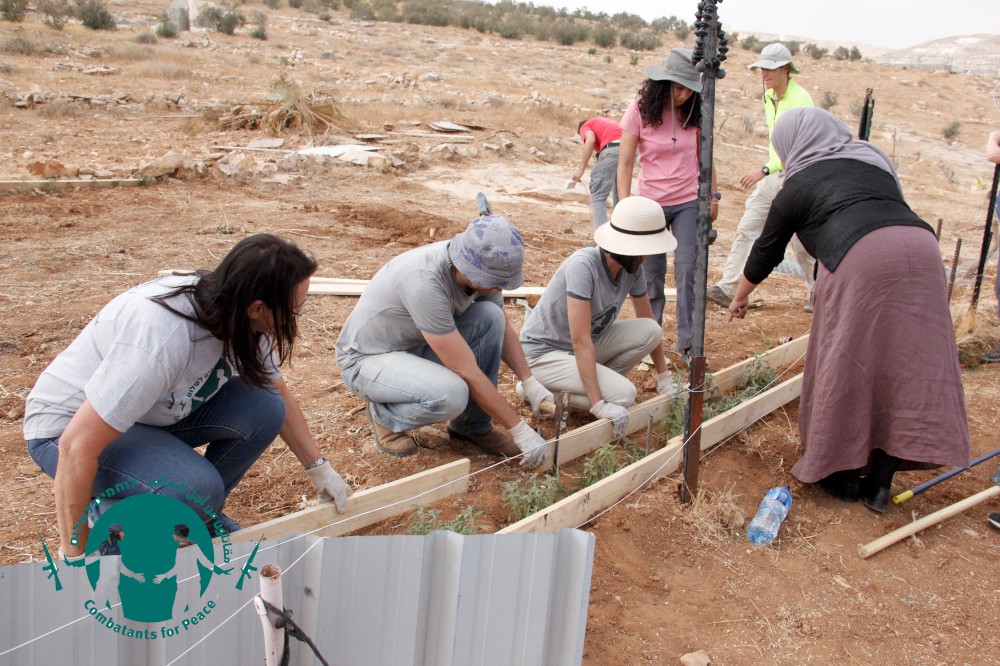 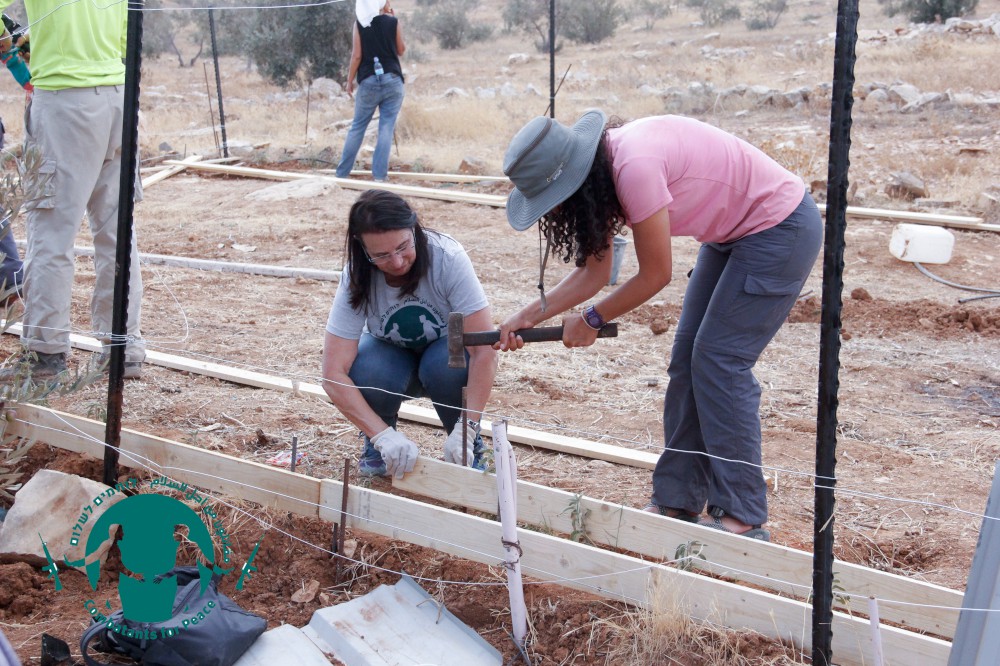