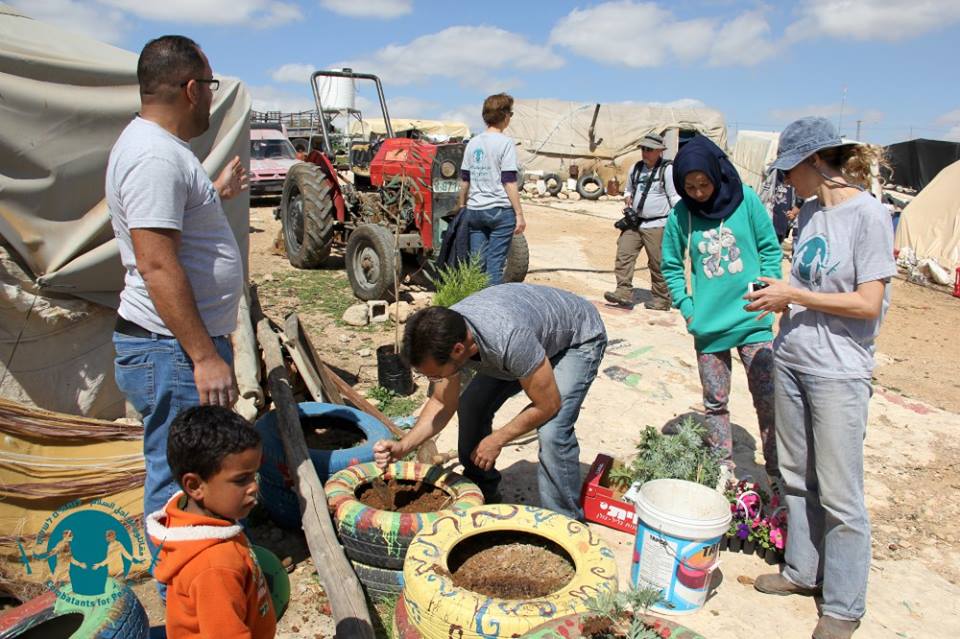 Saturday, 10 March, the Combatants for Peace – Southern Group (environs of Beersheva and Hebron) led a group to Susiya to rebuild and refurbish a playground. Susiya is a cluster of hovels in the southern part of the West Bank that has been the focus of attention for some time as the government of Israel has sought to evacuate and destroy the village. This is not only an effort to take over more land for the building of Jewish settlements but part of a broader plan to expel the Palestinian inhabitants from what is known as Area C.

Area C was to be a temporary designation pending Israeli withdrawals as part of the Oslo Accords. Under Oslo II, signed in September 1995, Area C was temporarily to be under full (civil and security) Israeli control, Area B under Israeli security and Palestinian civil control, and Area A (the cities) under full Palestinian control, with gradual transformation of C to B to A. This process was frozen with the election of Netanyahu in 1996, so area C, some 60% of the land of the West Bank, completely encircling the area from the Jordan River to the 1967 green line, remains under full Israeli control.

This persistent effort to evacuate the Palestinian residents can be viewed as part of the demands of right-wing parties, including Likud, to annex large junks if not all of the West Bank. Combatants for Peace strives to provide solidarity for the Palestinians under threat of expulsion from Susiya, the Jordan Rift Valley and other parts of Area C, to bring attention to and prevent their expulsion, and to oppose this ongoing creeping annexation that will hinder – indeed eliminate – the possibility of a peaceful solution to the conflict. We cannot let this happen. We will continue our activities on the ground to prove that peace is possible – that There is Another Way.