The Power of Nonviolent Action in Conflict Zones

Palestinian and Israeli to run NYC Marathon Together – For Freedom 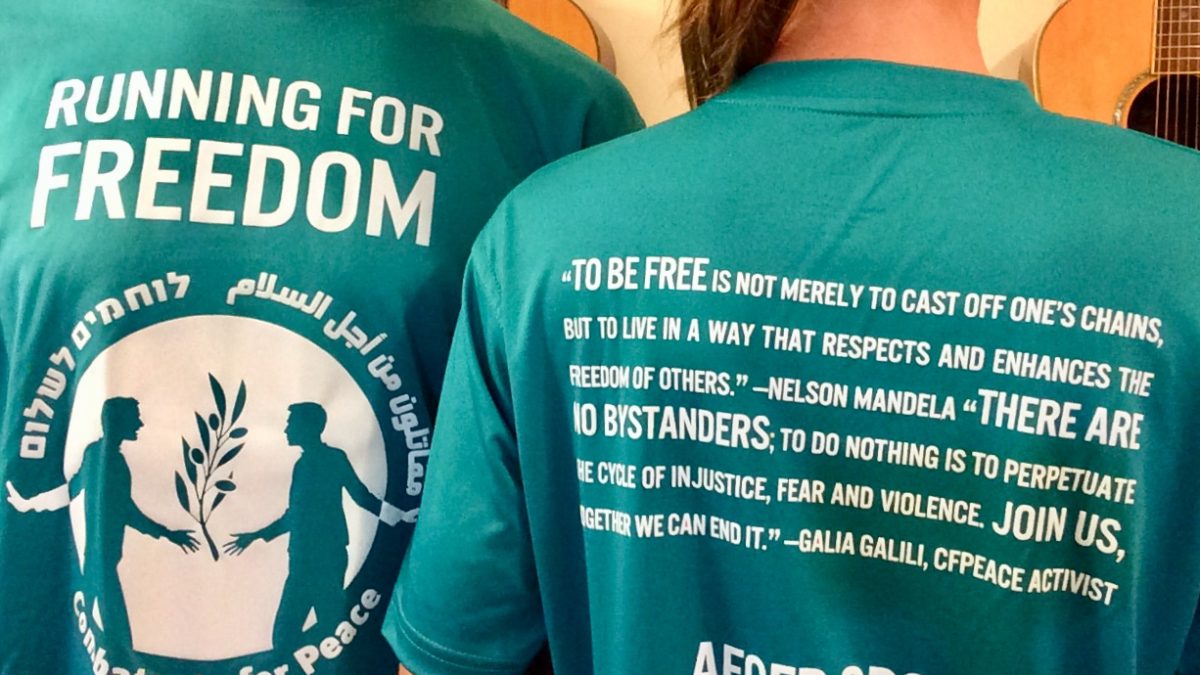 Swiss-born Israeli Michael Feigenbaum is no stranger to challenging physical feats. A seasoned yoga practitioner, performer, dancer and musician, Feigenbaum has spent 20 years performing in theatre shows around the world. But this November he’ll be up against his biggest challenge yet: the New York City marathon, and he’s running it to promote freedom, human rights for all and to raise awareness for Combatants for Peace.

Combatants for Peace was established in 2006 when Israeli and Palestinian former combatants, people who had taken an active role in the conflict, laid down their weapons. The egalitarian, bi-national, grassroots movement was founded on the belief that the cycle of violence can only be broken when Israelis and Palestinians join forces. Combatants for Peace is the only organization, worldwide, in which former fighters on both sides of an active conflict have laid down their weapons, choosing to work together for peace and justice. They have been twice nominated for the Nobel Peace Prize, in 2017 and 2018. Through joint nonviolence in the present, Combatants for Peace lays the foundations for a nonviolent future. The Combatants work towards a two state solution in the 1967 borders, or any other mutually agreed upon solution that will allow both Israelis and Palestinians to live in freedom, security, democracy and dignity in their homeland.

Inspired by a close friend’s newfound love of long-distance running, Feigenbaum wanted to give the marathon a try, and wanted to dedicate his run to raise money and funds for Combatants for Peace. As a former Israeli soldier, this cause was particularly close to his heart. He joined with Palestinian runner, Omar Mansour, and together – Palestinian and Israeli – they will be running the race.

Mansour grew up in Gaza, and learned first-hand, the devastation caused by the conflict and the occupation. He describes the living conditions in Gaza as “inhumane.” He lived through three wars on Gaza, and lost many friends and family as a result. Finally, in 2014, he was allowed to leave to pursue higher education in Canada.

“I believe deeply in the beauty of diversity. I am running for Peace because I know that it is the only way forward,” says Mansour.

While Feigenbaum and Mansour race the streets of NYC on November 4th, support runners in both Palestine and Israel will join them. Combatants for Peace activists Ahmed Helou, from Jericho, and Tuly Flint, from Tel Aviv will be running in solidarity.

“We’re running for freedom, to end the occupation, to bring awareness to this cause, and above all for peace,” says Feigenbaum.