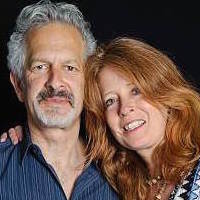 Stephen Apkon (Director and Producer) is a filmmaker and social entrepreneur. He is the Founder and former Executive Director of the Jacob Burns Film Center, a non-profit film and education center located in Pleasantville, NY. Marcina Hale (Co-Producer) is co-founder of Reconsider.

Opened in 2001, the JBFC has become one of the premier film institutions in the United States, with a Board of Directors that includes Steven Spielberg, Ron Howard and Jonathan Demme among others. Disturbing the Peace is his directorial debut.He is a Co-Producer of Presenting Princess Shaw, directed by Ido Haar (distributed by Magnolia Pictures and Participant Media), Producer of I’m Carolyn Parker, directed by Jonathan Demme and Enlistment Days, also directed by Haar, and Executive Producer of Planetary. Mr. Apkon is the author of The Age of the Image: Redefining Literacy in a World of Screens, published by Farrar, Straus & Giroux in April 2013 – foreword by Martin Scorsese.

Marcina Hale (Co-Producer) is co-founder of Reconsider. With degrees in both Media and Psychotherapy, it is part of Marcina’s vision to utilize film as a catalyst to create experiences that evoke thought and conversations that both challenge and inspire a way of relating to live more dynamically. Marcina is also a Licensed Marriage and Family Therapist (LMFT). In her roles as master therapist and dynamic facilitator, she conducts workshops that challenge and inspire others to live their lives more consciously and to take responsibility for their own creations.