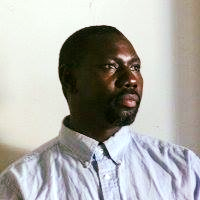 Religious leader and Community activist who focuses on public health and safety, and pulling youth out of gangs. Publisher of the Muslim Community Report Newspaper and the founder of Tea-Out-Stress.

Sheikh Musa Drammeh was born in Gambia. He immigrated to New York in 1986 at age 24 and spent time in Brooklyn and Harlem before taking up residence in Parkchester for 30 years. Drammeh has a deep commitment to working as equals with people who do not share his Muslim faith. He has worked closely with the Young Israel Congregation in order to make sure that the Jewish people with whom he shares the community also have a place to worship freely. His efforts have brought together individuals from many different religious backgrounds, sometimes turning those working (and dining) together into unexpected friends. In this way, Sheikh Drammeh hopes to call attention to the obstacles that members of his own religious community have faced and to help others recognize the importance of constructive dialogue between groups. He is a leading figure for immigrant and Muslim communities in the Bronx and hopes to help heal the relationship between the #NYPD and Bronx communities. He has shared his views at events such as the Bronx Muslim Leaders Forum. Drammeh’s 2009 interview with the #BAAHP can be found in the BAAHP oral history archive.