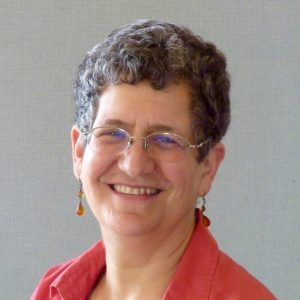 Rabbi Spitzer has been active in work for Israeli-Palestinian peace since the 1980s, serving on the Board of T’ruah: The Rabbinic Call for Human Rights and as a founding member of the Advisory Board of J Street.

Rabbi Toba Spitzer has served Congregation Dorshei Tzedek in West Newton, MA since she was ordained in 1997 at the Reconstructionist Rabbinical College.  She served as the President of the Reconstructionist Rabbinical Association from 2007-2009, and was the first LGBTQ rabbi to head a national rabbinic organization. She is also the immediate Past President of the Massachusetts Board of Rabbis. She has been included in Newsweek’s Top 50 Rabbis in America 2008 list, the 2008 Forward 50 list, as well as the 2010 Forward list of 50 Female Rabbis Who Are Making A Difference.