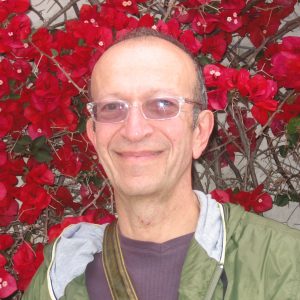 Rabbi Feldman is the founder of the Petaluma Community Relations Council in recognition that communities best function when disparate opinions can share their concerns.

Rabbi Feldman has been the Rabbi at B’nai Israel Jewish Center since joined  on August 1, 2005. He had served as the congregation’s interim rabbi from January 1998 until June 1999. After serving for ten years, he left his position as executive director of Jewish Family and Children’s Services of the East Bay in April 2005. Prior to that, he was the executive director of the Jewish Federation of the Sacramento Region. Before coming to California in 1992, he was the campaign director of the South Palm Beach County Jewish Federation in Boca Raton, Florida. In addition to his work in fundraising, Ted was also director of the Jewish Community Relations Council, director of planning, and responsible for the federation’s Jewish education efforts in South Palm beach County. Rabbi Feldman served two synagogues during his extensive career: in Columbus, GA (8 years) and Boca Raton, FL (6 years)

With a life long commitment to the Jewish and general community, he received his undergraduate degree in psychology at Roosevelt University in Chicago and a Master of Arts and ordination from the Jewish Theological Seminary in New York. After fourteen years in congregational work, Rabbi Feldman entered the community agency system and has  returned to serve the community at B’nai Israel Jewish Center.

Rabbi Ted Feldman brings to our community a broad range of knowledge and experience.