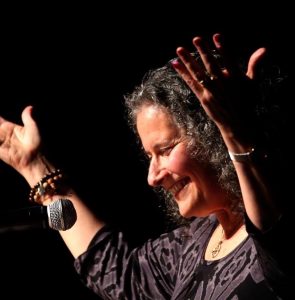 Rabbi Marcus sees activism and social justice as an important part of Jewish values. She served on the National board of T’ruah:  The Rabbinic Call for Human Rights, and has facilitated workshops for Jewish Funds for Justice.

Along with workshops for Communities Organized for Relational Power in Action, (the local Industrial Areas Foundation affiliate), and the National Religious Action Center. She is one of the co-founders of Out in Our Faith (an interfaith LGBTQ network) and a leader in the Santa Cruz Tent of Abraham Project. Rabbi Paula Marcus received her BA in Judaic studies from SUNY Binghamton. She received her rabbinic ordination and her masters from the Academy of Jewish Religion in 2004.