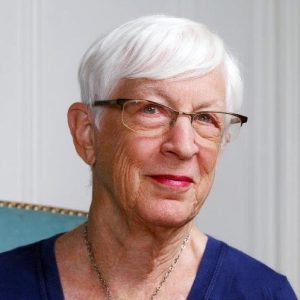 Galia Golan, PhD, has also been a leading Israeli peace activist for many decades, having co-founded and served in the leadership of Peace Now and a number of women’s local and international peace groups. Currently she a leading member of Combatants for Peace.

Similarly she has been an active feminist, involved in the founding and leadership of a number of organizations including the Lafer Center, Israel’s first university institute for women’s studies. She is also an editor of the Palestine-Israel Journal and an associate editor of the International Feminist Journal of Politics.

Professor Golan is the author of ten single-authored books, most recent of which is Israeli Peacemaking since 1967: Factors Behind the Breakthroughs and Failures.  Together with Walid Salem, she is the co-editor of Non-State Actors in the Middle East: Factors for Peace and Democracy, and with Gilead Sher, a volume about to appear Spoilers and Coping with Spoilers in Israeli Peace Efforts, in addition to numerous volumes and articles on Soviet policy in the Middle East and on Czechoslovakia.

Darwin Professor of Soviet and East European Studies (emerita) of the Hebrew University of Jerusalem, and Professor emerita of the Interdisciplinary Center, Herzliya, where she was head of the Program in Diplomacy and Conflict Studies. She specializes in international crises, the Arab-Israeli conﬂict, and current political issues. She has been a consultant to the IDF and the Foreign Ministry.