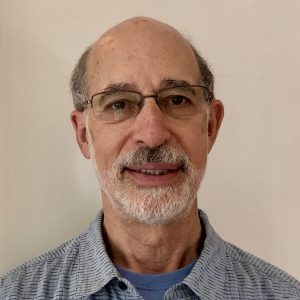 As an educational researcher, Alan has helped develop models for student research that connect classrooms across the country and across the world.

Alan is an educator at heart. Over the course of his career, he has taught at every level from Kindergarten to graduate school and has served as head of school for two progressive independent schools in the Boston area. His research forms the basis of the book, Network Science: Classroom Learning and the Internet (2000), for which he was the lead author.

Alan is deeply connected to Israel/Palestine. His first visit to Israel was in 1960. His daughter and granddaughters live in Tel Aviv, and he remains a frequent visitor to both Israel and more recently Palestine. He is active in J Street and serves both on the Finance Committee and on the J Street Boston Leadership Council, where he is Program Chair. He has been a strong supporter of Combatants for Peace since 2016 when he first met two of the Combatants. He attended the Joint Memorial Day Ceremony in Tel Aviv in 2018 in person and helped organize Boston-area residents to attend the ceremonies remotely in 2019 and 2020.

Alan lives in the Boston area with his wife. He is an active member of his synagogue and served as its president for three years.