Refusing: an act of Courage & Peace

The North Group of CfP 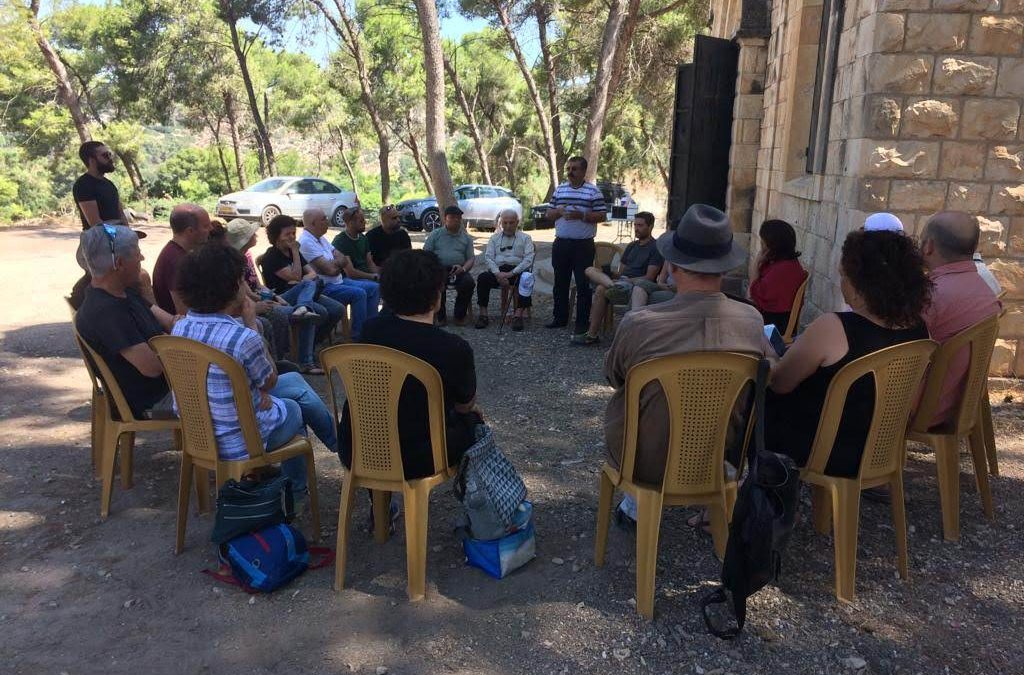 Combatants for Peace is organized by grassroots regional groups. We have a North Group, based in Haifa, a Middle Group (Tel Aviv, Ramallah, Jerusalem & Jericho), and a South Group, which focuses around Hebron and Susya. Each of these groups is an equal mix of Palestinian and Israeli activists, who work together to create change locally, in their own communities. Today, we are putting a spotlight on the North Group – with an interview by Itamar and Sajeda, our Israeli and Palestinian leaders of the group:

Itamar:What is unique about our group is that we are Israelis and Palestinian citizens of Israel, working together. We established the group in its current form a few years ago, and we decided not to grow too big. We want to keep our community intimate allow time to get to know each other.

What are the main projects that you work on?

Itamar: We have three main projects:

What is your third project?

Sajeda: Oh, you should have been to see it with your own eyes! Ma’alul was a small Palestinian village that was destroyed in 1948, and together, with about twenty people we visited the site. To be there and meet the local community was deeply moving. This meeting was the first one we organized, and it really exceeded our expectations. While most of the village is no longer inhabited, the two original Churches of the village still stand, and now are being used again by the families who used to live there. We heard the story of of Abu-Sabah, who is ninety-four years old. He vividly described the unique way of community life of this mixed Muslim-Christian community. In 1948, during the war, people needed to find safe haven in Nazareth after shots were fired between the local Jewish community and some of the villagers. On July 15th the village was taken over by Israeli forces and the residents were told to leave for five days until the fighting was over. After the five days, when the villagers returned, they found the village entirely destroyed except for the two churches. Today most of the original families from the village live nearby in the Arab town of Yafa by Nazareth.

Are you planning more meetings like this in other villages as well?

Itamar: We want to focus on mapping the memories of Ma’alul. There are hundreds of villages with very similar stories around both Ma’alul as well as around Nazareth. Hundreds of thousands of Palestinians were displaced in 1948, but (especially in the North) there are many families still living minutes away from their original villages. In most of the villages, the lands of the Palestinians were totally taken over by Jewish villages and towns (unlike in Ma’alul), which is why we chose to start with a focus on Ma’alul – as it is fairly unique.

What happened in the 1948 war is not an easy topic, nor for Israeli Jews neither for Palestinians. How do you tackle it?

What is your dream when you think about the group’s future?

Sajeda: I dream of more meetings like in Ma’alul, more people getting to know each other, and listening to each other’s life stories. That is the most important for now.

Itamar: I would add that making the Memorial Day events bigger and reaching out to more communities is very important as well.

Thank you and we wish you good luck!