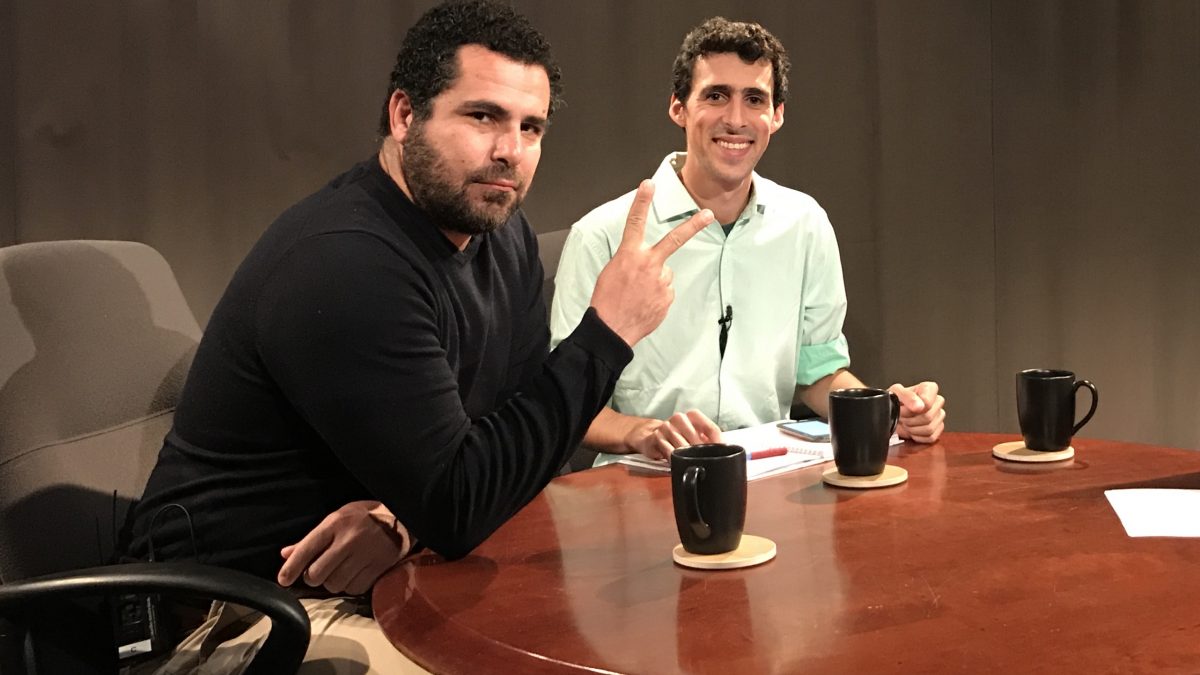 One of the students at the CFP program mentioned that Osama and Shai were the first exposure some students have had to people who are willing to really listen to each other in spite of huge political differences.  Shai and Osama were committed to serious conversation rather than preserving what another student called “ideological purity.” On our college campus many people felt they had not been exposed to any comparable level of dialogue across difference, which is  why we so so wanted to bring Combatants for Peace to Smith.

Osama and Shai interacted with the the group of students marvelously. Kim, a staff member and Muslim student advisor mentioned it notes the body language–something we often don’t pay attention to–and the impact it had on the atmosphere and conversation. Osama was so affectionate with Shai, leaning over to him, translating and explaining, teasing. That was very poignant from two people who had multitude reasons for anger and divisiveness.

Matilda Cantwell, the CRSL director asked students if such a dialogue could happen on campus.  To our surprise they expressed a great deal of skepticism, noting that they hadn’t had any role models for such dialogue until now. However, seeing CFP inspired the students and made them feel more optimistic.

Osama’s leadership and seniority, his charisma, his courage, all touched the hearts of every student who attended. He is a Palestinian. Students may not have known the particulars of his story, but they came to the event knowing that because he is Palestinian, he has suffered deeply at the hands of Israelis—and despite that, to see the deep friendship between Osama and Shai was beautiful and poignant. Truly they are a role model for all of us.

My thanks to you; and especially to Shai and Osama for a marvelous program.

Universities Where Combatants Activists have spoken: