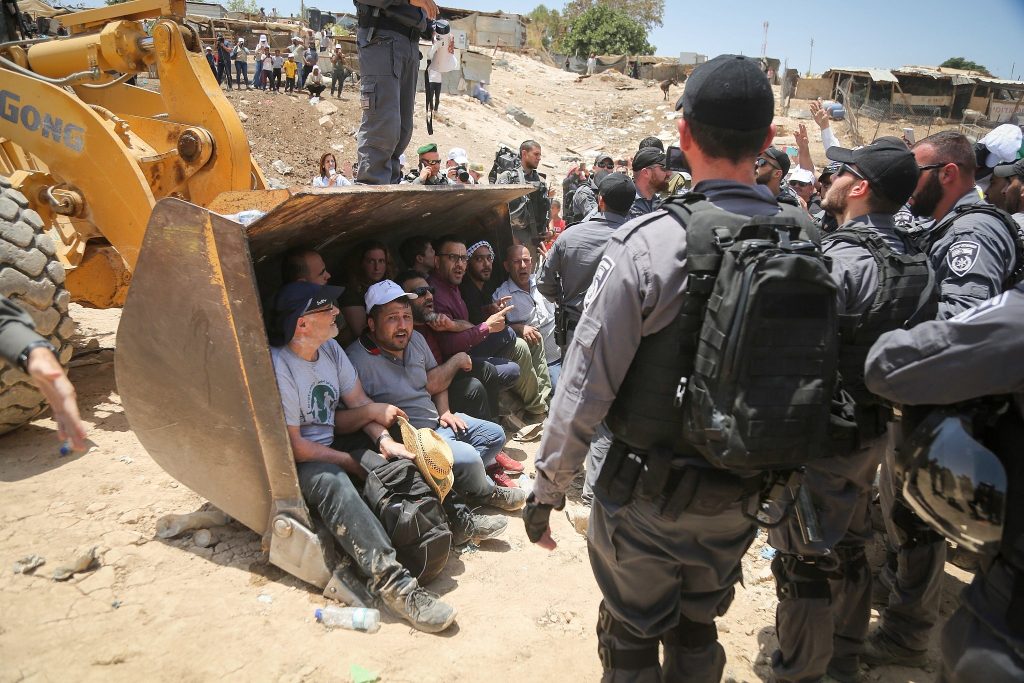 Khan Al Amar is under immediate threat of demolition and eviction, part of the Israeli authorities’ strategy of forcible transfer of Palestinian communities. ​On July 4, 2018, the Israeli military started preparing for imminent demolition. Combatants for Peace has maintained a protective presence there, joining nonviolent direct action such as blocking Israeli bulldozers and prayer protests. ​This project will provide continuing protective and humanitarian support, and create an advocacy campaign featuring village residents’ stories.

On June 6th, the Israeli High Court granted an injunction to stay the village’s demolition until July 11th, due in part to our protest. ​The legal struggle will be likely be ongoing, while urgent protective, advocacy, and humanitarian needs continue. The immediate goal is to prevent the demolition of Khan Al Amar, while the broader goal is to stop the Israeli authorities from pursuing mass expulsion of Palestinian communities. Successfully halting the demolition of Khan Al Amar would challenge a dangerous precedent. Our project will increase public opposition to the demolition order, and sustain direct action coalitions.

The villagers were first expelled from the Negev desert in the 1950s. Their village is now near Jerusalem, within the “E1” plan linking settlements with Jerusalem while splitting the West Bank. ​For years, our activists have accompanied villagers in this area. We are scaling up pressure on Israeli authorities to halt their violence. The demolition of a village goes beyond a single community – it paves the way for the full Israeli takeover of Area C (60% of the West Bank). By responding to the emergency situation in Khan Al Amar, we seek to also prevent all forcible transfers.

Led by our Palestinian and Israeli activists, in close coordination with village leaders, we will continue providing a protective and humanitarian presence by providing car rides, shift plans, water, snacks, sleeping and shelter supplies whenever the village faces imminent threat.

Settlers in the neighboring community released their sewage waste water on Khan al Ahmar – Combatants for Peace activists bottled the sewage and drove it back up to the settlement: 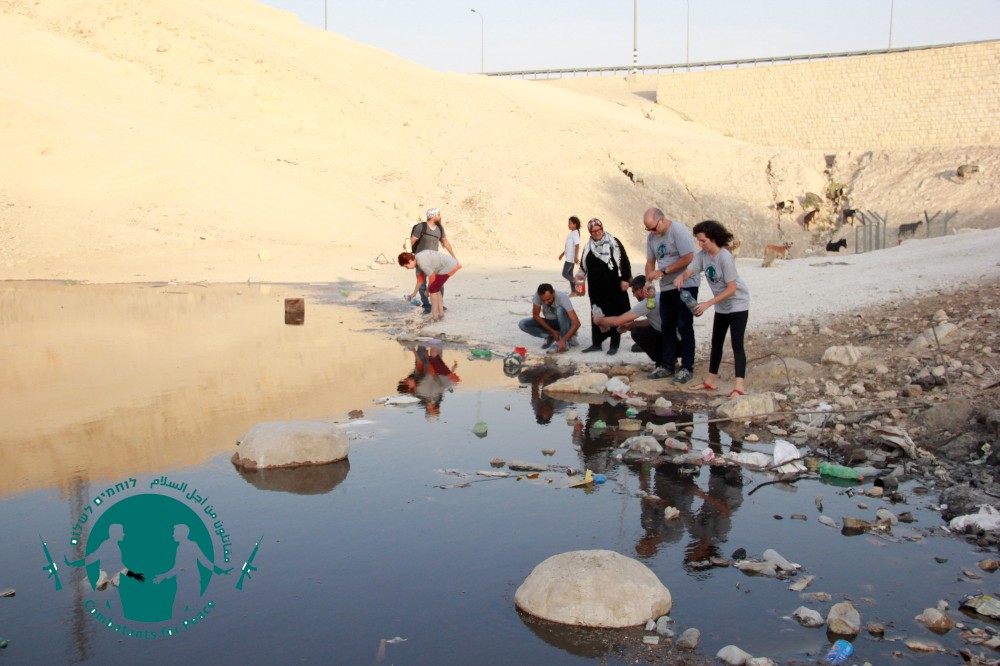 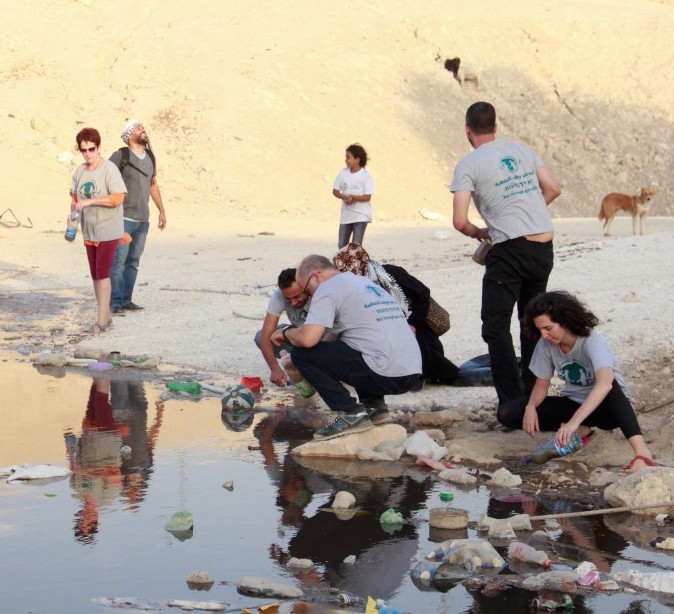 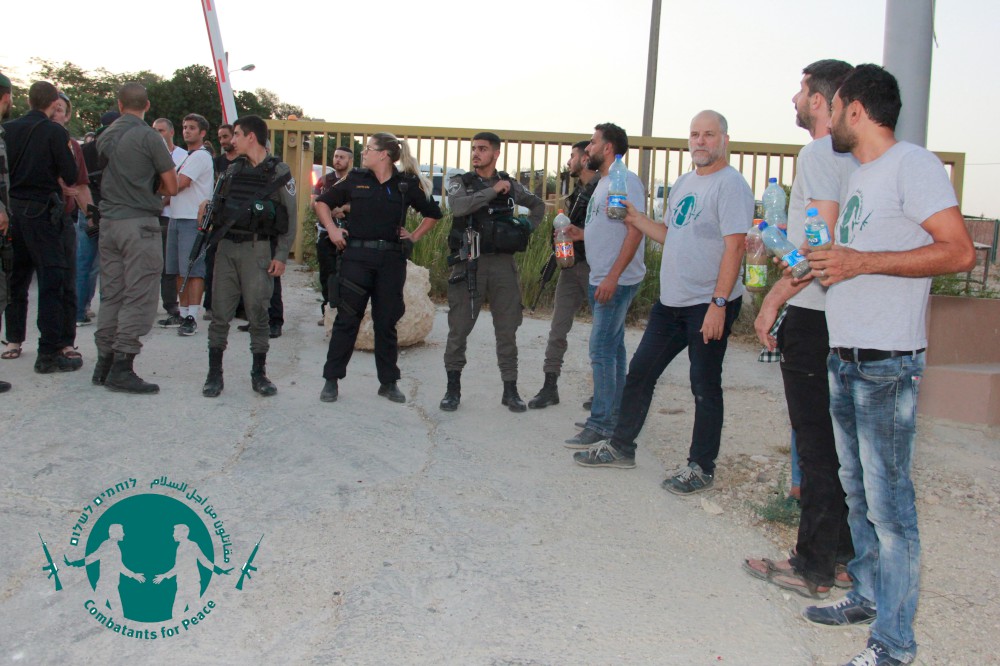 Combatants for Peace Activists built the solidarity tent – the tent where activists from all over the world slept during the nights to protect the village against the military bulldozers who could come at any hour: 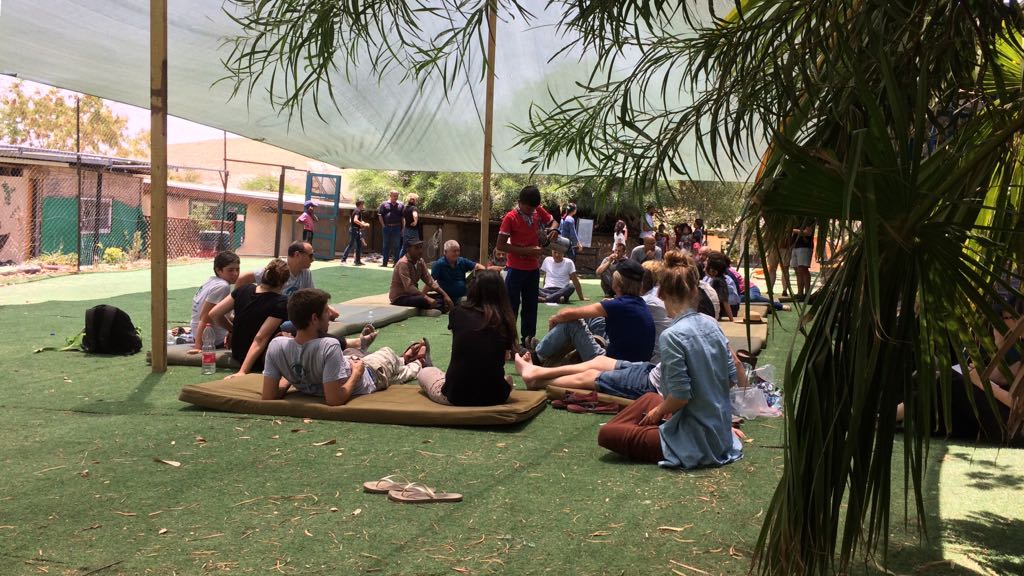 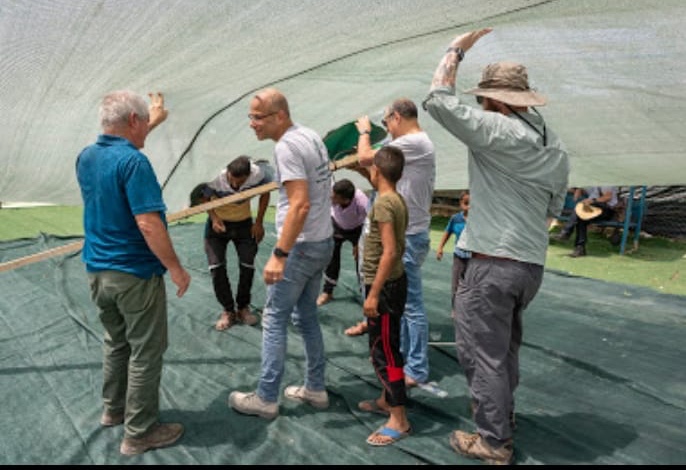 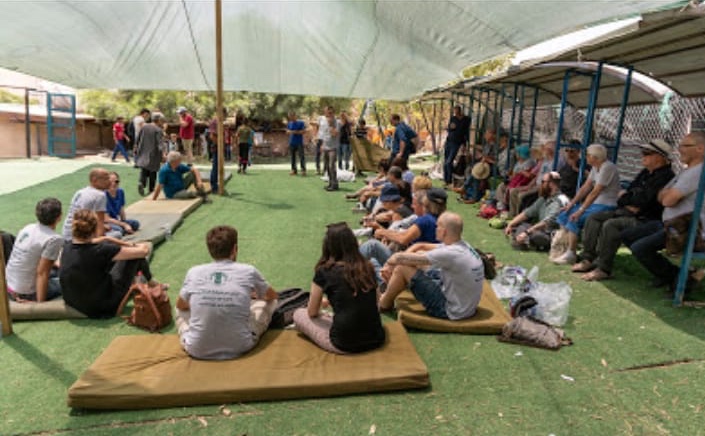 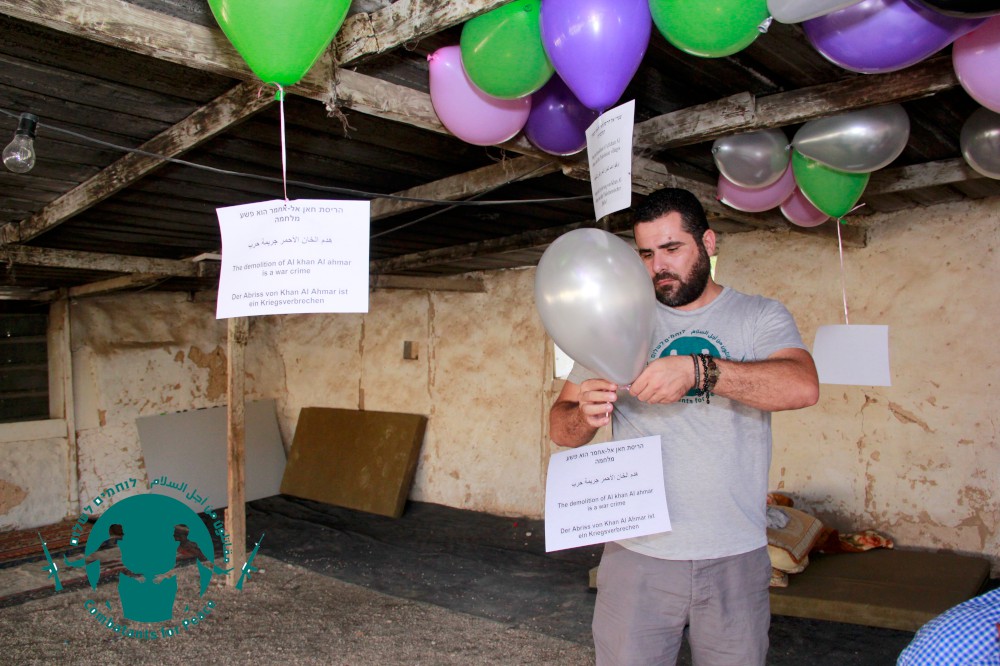 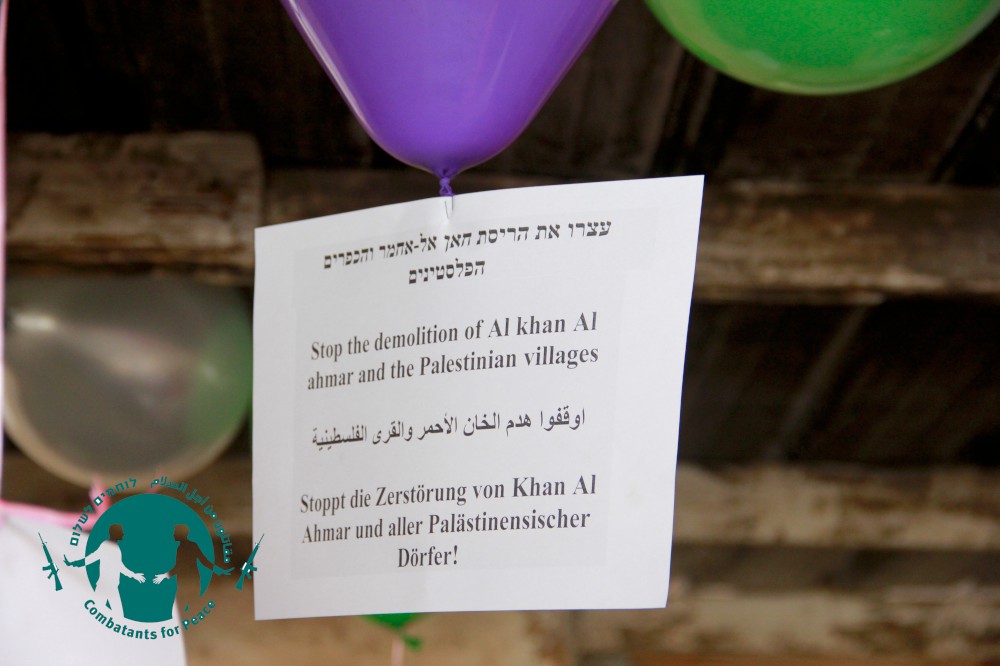 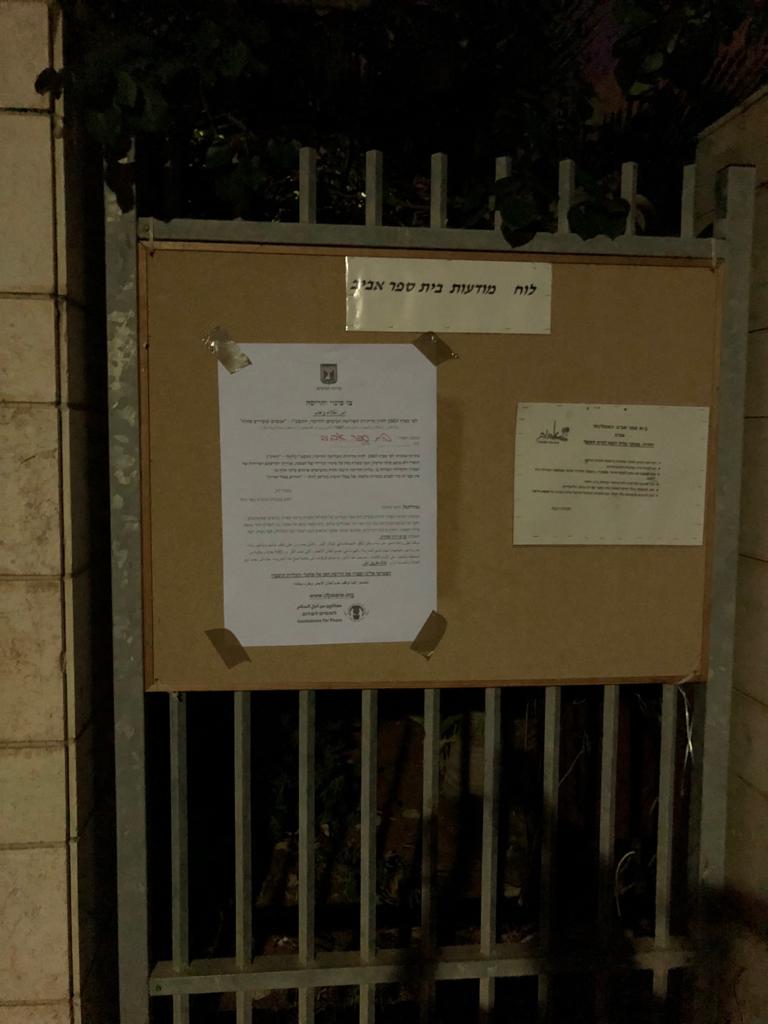 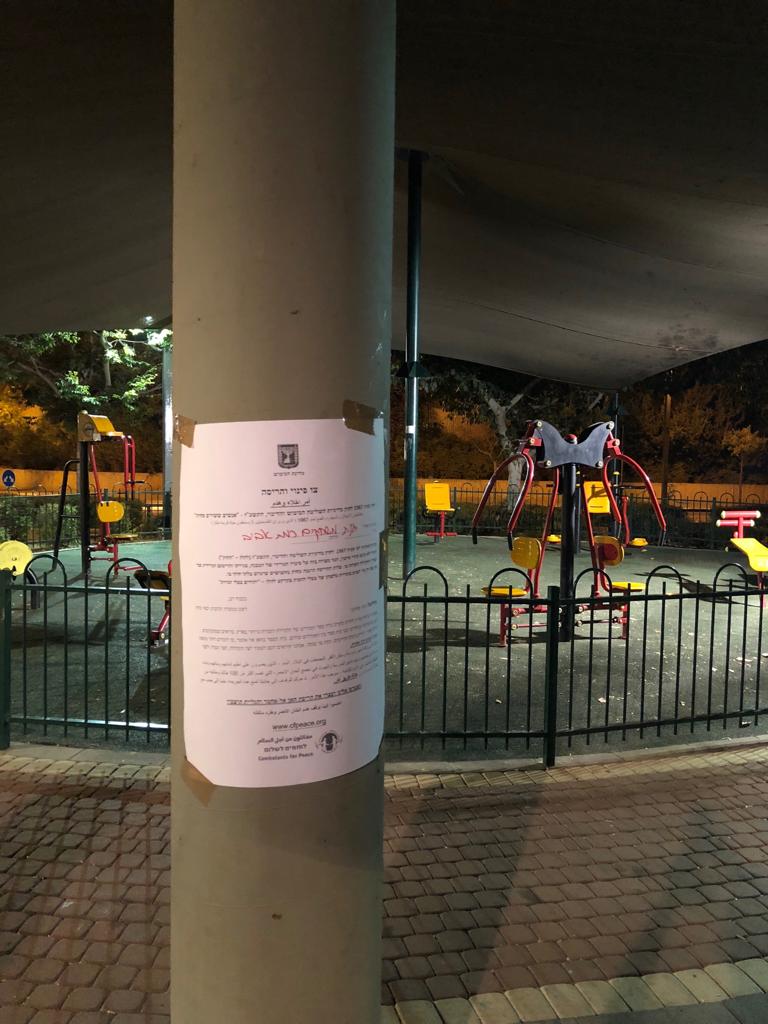 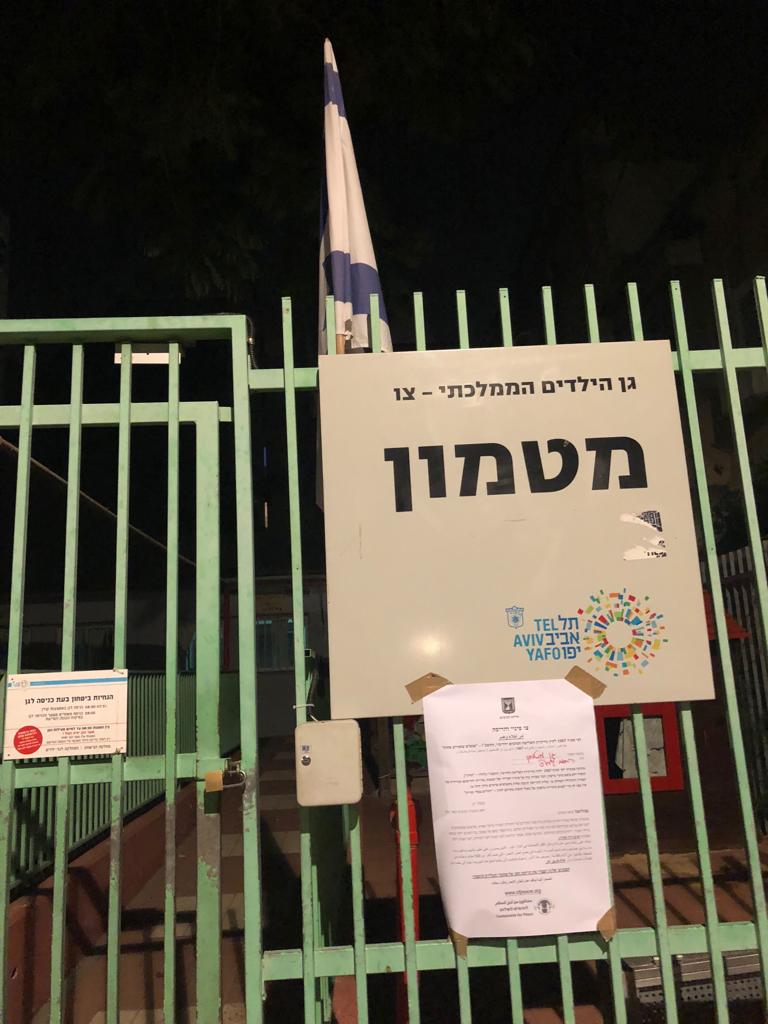 International Pressure has been key to protecting the village. Our activists wrote a letter to Angela Merkel, when she was in Israel, asking that she pressure Bibi to not destroy the village: 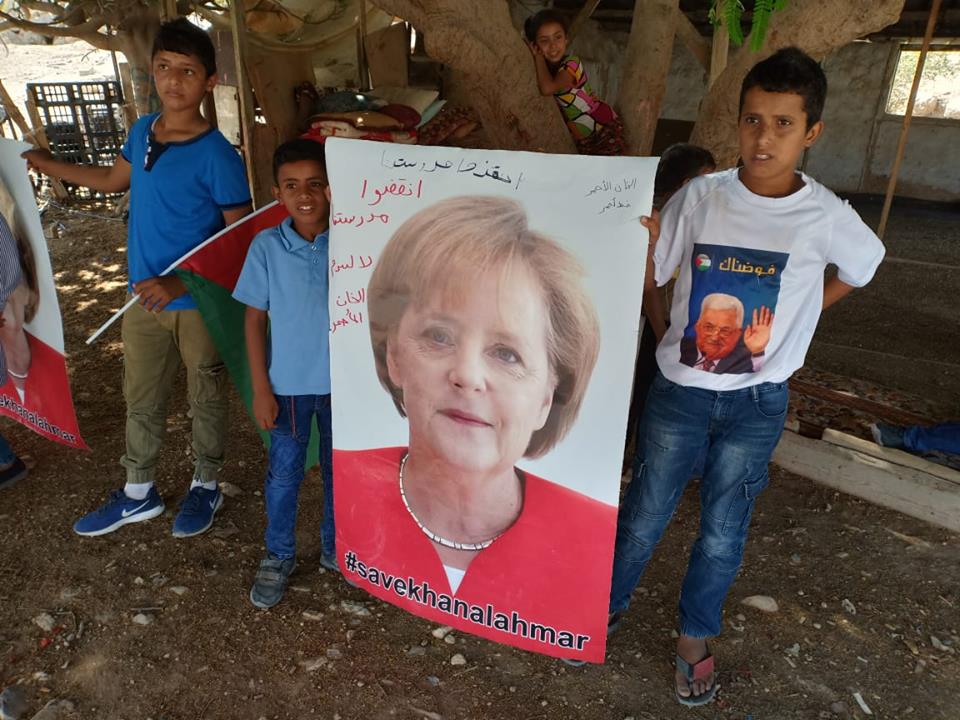