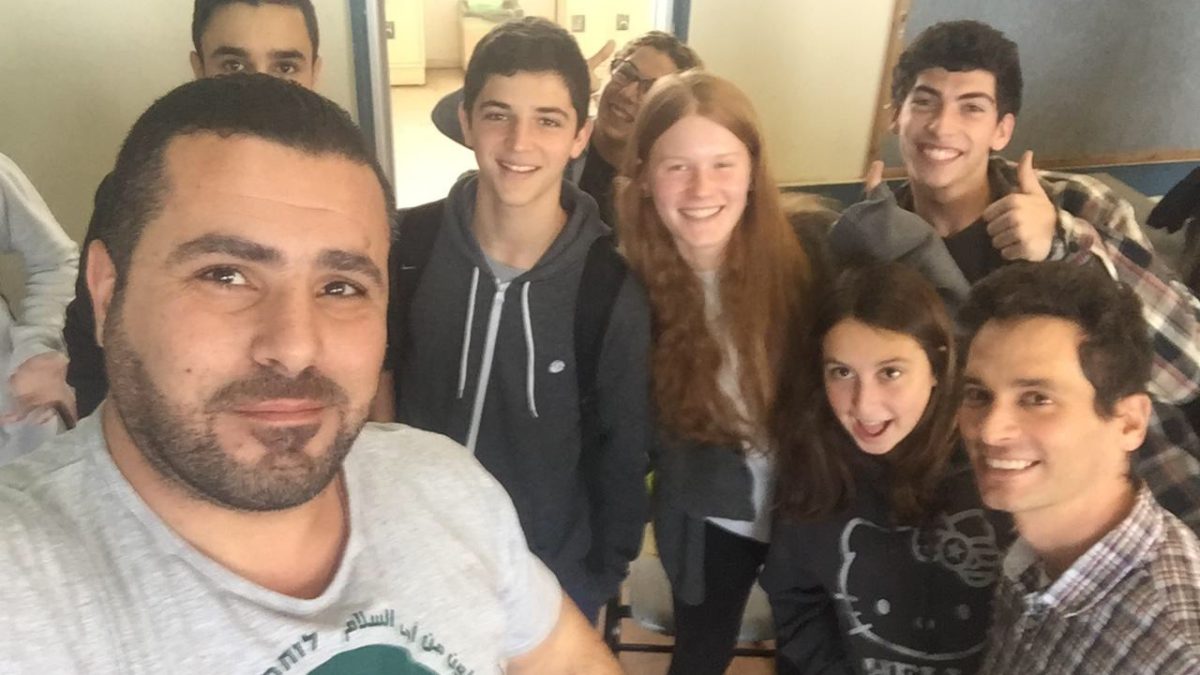 Sunday, the Palestinian speaker and activist who was traveling to the USA to lecture in American Universities and Synagogues on behalf of Combatants for Peace, Osama Iliwat, was detained at JFK after his 30-hour trip via Amman and Qatar, (since he cannot fly from Israel). He was detained for 12 hours and questioned for 5 hours in JFK. He was asked repeatedly about the work of Combatants for Peace and questioned intensely about the Palestinian members and leaders of the group. His cell phone was confiscated and searched, he was denied food for nine hours. At the end of this ordeal he was searched, hand-cuffed and sent back home on a plane, again through Qatar. He was told he was not allowed to make a phone call, although he asked repeatedly to call his contacts in the USA.

Osama was born and raised and lives in Jericho, in the West Bank. He has traveled in the US frequently, and this has never happened. His Visa for this trip, which he used a couple of months ago to come here for a previous tour, was stamped “CANCELLED” in red over the entire front photo page.

Combatants for Peace, nominated in 2017 and 2018 for the Nobel Peace Prize, is a unique group of former fighters in both Israel and Palestine, who in 2006, lay down their weapons and formed a joint, Israeli-Palestinian nonviolent resistance group, working for equality, dignity, safety and security for both peoples. The group has grown and achieved success in Israel and Palestine – and despite all obstacles,  they continue their commitment to the cause for peace with great passion.

**Please note several changes have been made to this article in order to ensure the accuracy of all information.**