Construction instead of destruction 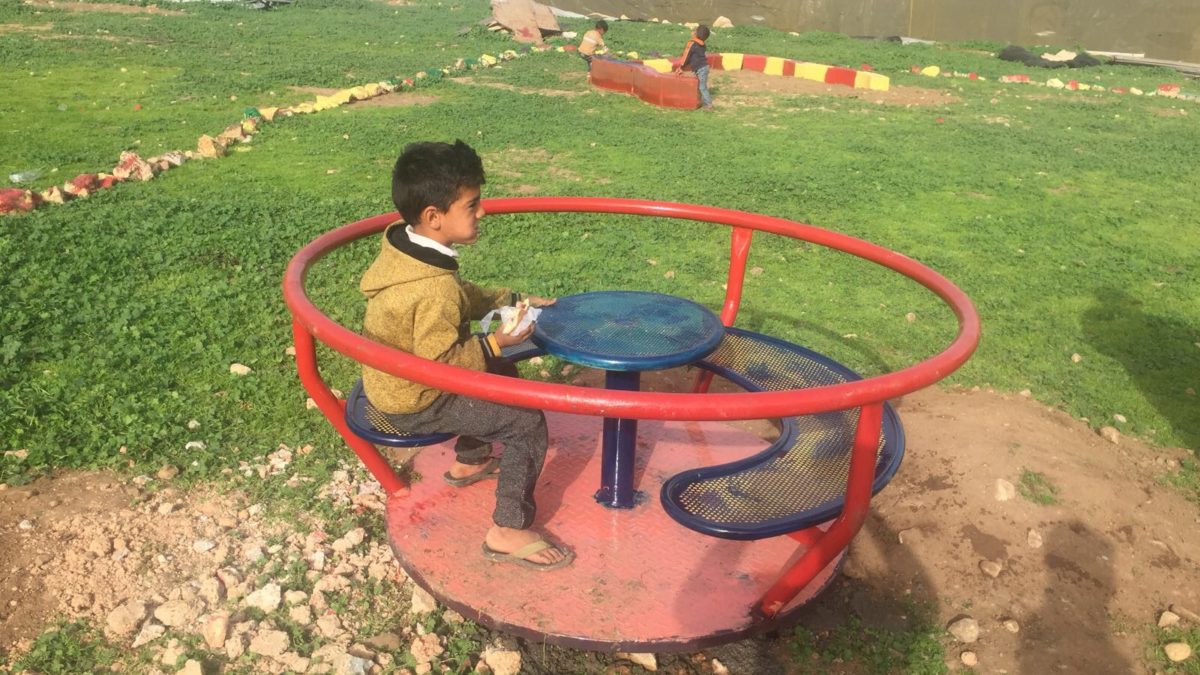 On Friday, we were in Hamam el-Malih. When I say “we”, I mean Combatants for Peace. Palestinians and Israelis together, we built a playground for the children living in Hamam. Being in the area brought back many hard memories for me. Hamam el-Malih, near Tayasir and Tubas, was part of my training zone as both a platoon and company commander in the Golani Brigade, and later as an officer in reserves. The incredible view, the historical structure, and especially re-meeting the locals – this time without a uniform and for another reason – was both poignant and upsetting. As time went by, more memories surfaced.

When I was in the IDF, and in the Reserves, this had been our training zone. At night, we would train by raiding the homes in Hamam and neighbouring Tayasir and Tubas – for no reason or cause, simply to prepare for the war. The strategy was the same every night. We would go into the village once everyone was asleep. We would either choose a house to infiltrate before we entered the village, or randomly pick one once there. We would break in and search the home – for no reason. The family was never guilty of any crime, and we had no permits to enter. We were simply conducting a training exercise.

When we built the playground with Combatants for Peace, I found both closure and penance. Today I met those same families I used to harass, 30, 20, 10 and 7 years ago. But instead of coming into their village to destroy, I had come to build: construction instead of destruction. The cycle of healing has finally begun to work in one small place.

I know these training exercises still take place, and even though I personally no longer take a part in them, they are far from finished. I want to believe that it will be difficult and embarrassing for anyone to destroy a children’s playground. I hope that the collaboration with Combatants for Peace will help the residents of Hamam el-Malih to stay where they are, despite the attacks and all the hardships. Today, I want to be a part of the solution.