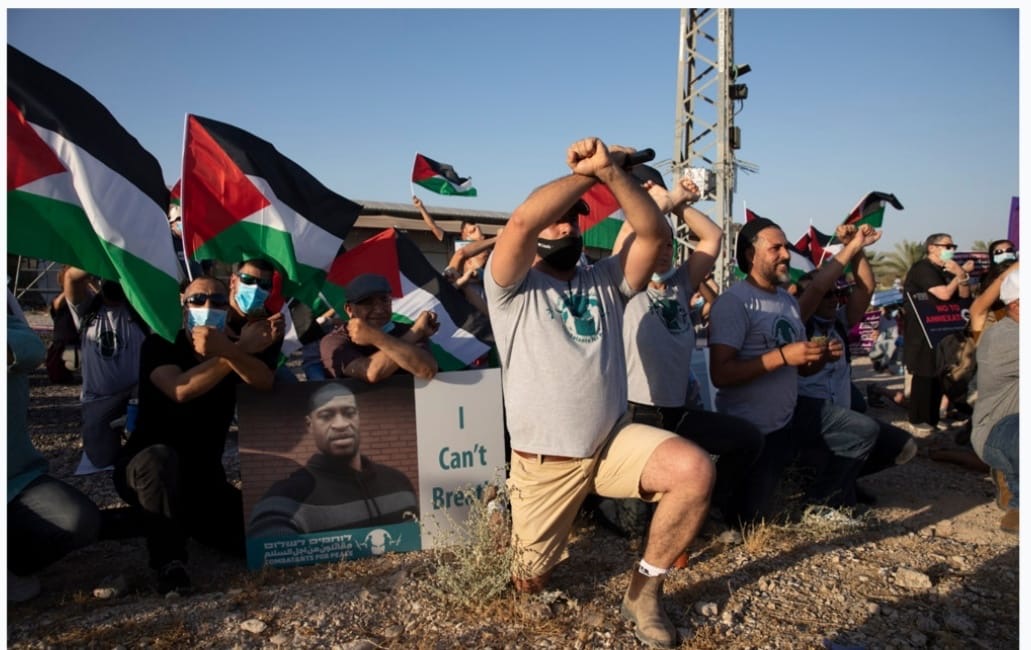 Combatants for Peace organized a demonstration with several hundred Palestinian and Israeli activists joining together to rally against the impending annexation in the West Bank. The march started at the Dead Sea Junction at the entrance to Jericho, known as ‘Almog Junction’ and continued on Settler’s Road 90. The march was coordinated by Combatants for Peace and was supported by an alliance of Palestinian and Israeli organizations working against the occupation including Standing Together, Zimam, Zaytuna, Breaking the Silence, Achvat Amim, All That’s Left, The Bereaved Parents Circle – Families Forum and The Zazem Foundation. Joining the protest the was also Palestinian Governor of Jericho Jihad Abu Al-Asal and former Israeli Knesset member Talab Al-Sana.

From the beginning of the march, the army tried to stop it and close the gathering place. However, the activists managed to move forward, carrying pictures of children from the Jordan Valley saying “Black Lives Matter. Palestinian Lives Matter.” In addition to these pictures, protesters also carried images of Iyad Hallaq, an autistic Palestinian man who was shot by Israeli troops in Jerusalem last month, as well as images of George Floyd.

When the nonviolent demonstrators brought the protest to the settlement road, Israeli troops violently attacked them and arrested a Palestinian participant, Combatants for Peace activist, Nazih Rammah from Ramallah, who was released three hours later.

The Governor of Jericho, Jihad Abu Al-Asal,  thanked the attendees and stressed that nonviolent protests against the occupation must continue until it ends and achieve a just and comprehensive peace for both peoples. He said, “The annexation of Palestinian territories would be like pouring fuel on the fire. It is contrary to the interests of the Palestinian and the Israeli people. The only interest of all of us is peace.”

Tuly Flint, Israeli coordinator of Combatants for Peace shared, “After many years of war, of commanding larger and larger units, and of active participation in many military operations, I realized that I had no doubt that the way of weapons and force was not working, and that one people should not, and rule over another people.”

Our Palestinian coordinator Jamil Qassas delivered a powerful speech: “During the first intifada we fought each other, as all of us – Palestinians and Israelis – saw the situation only from the point of view of our own side. Today we know that there is another way – a common battle against violence, occupation and annexation. The Annexation Plan prevents me from having the hope that my children and grandchildren will a different life from the one I had. Instead of planning one-sided measures that lead to despair and violence, I suggest Israelis recognize my existence here with respect. Another way is still possible. Let us build together a shared future of honor among neighbors instead of cemeteries. I’m determined to keep struggling for such a future. The annexation plan announced by Netanyahu will cause the displacement of thousands of Palestinians and the destruction of food and water security for all residents of the West Bank, not to mention the destroying any possibility of establishing a Palestinian state.” 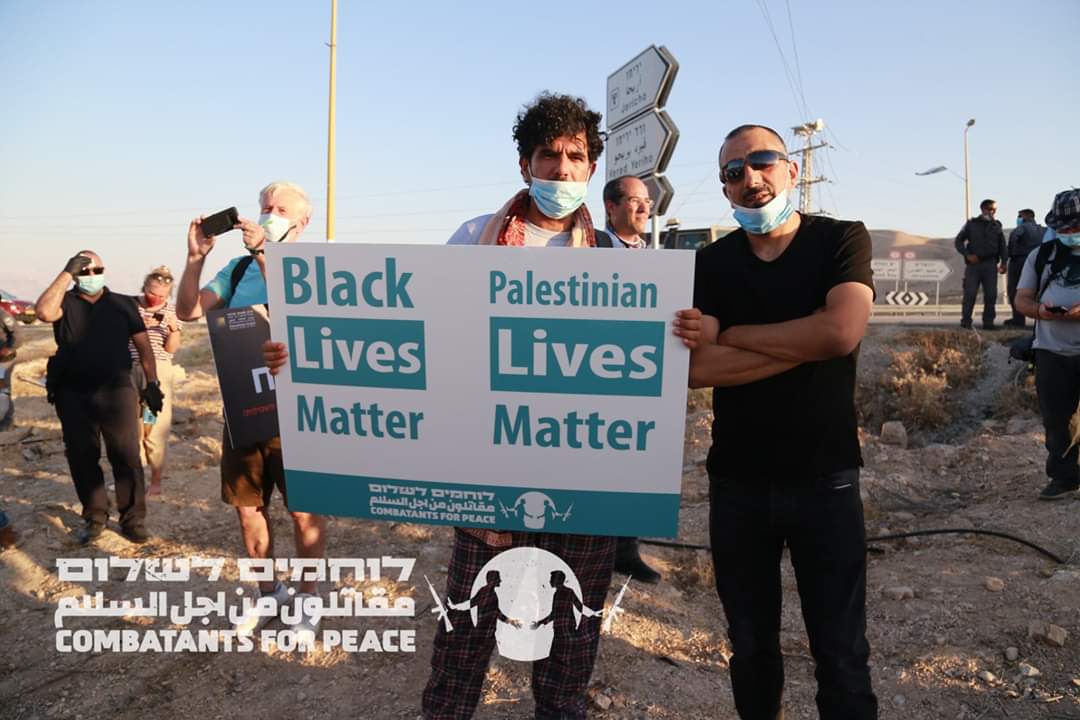 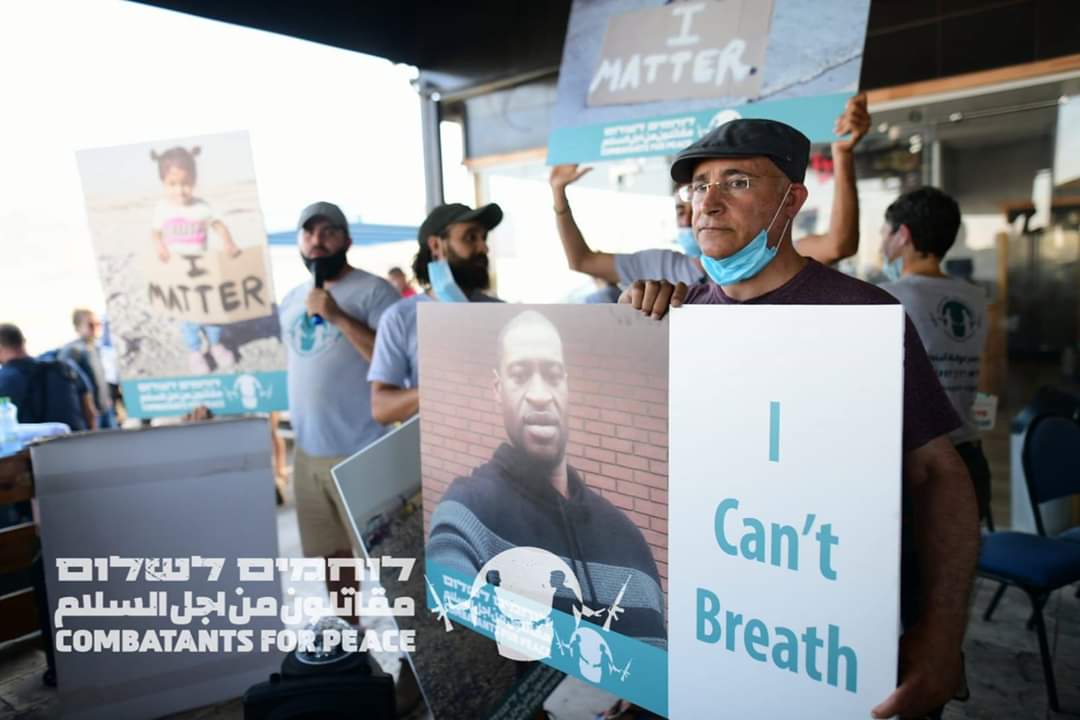 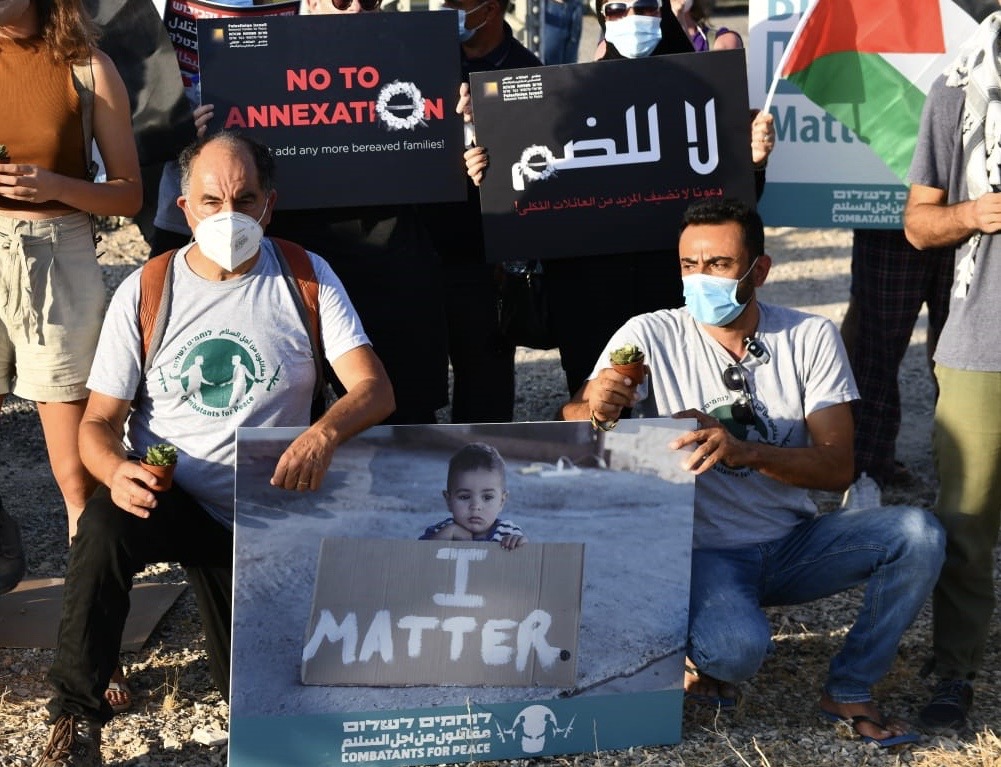 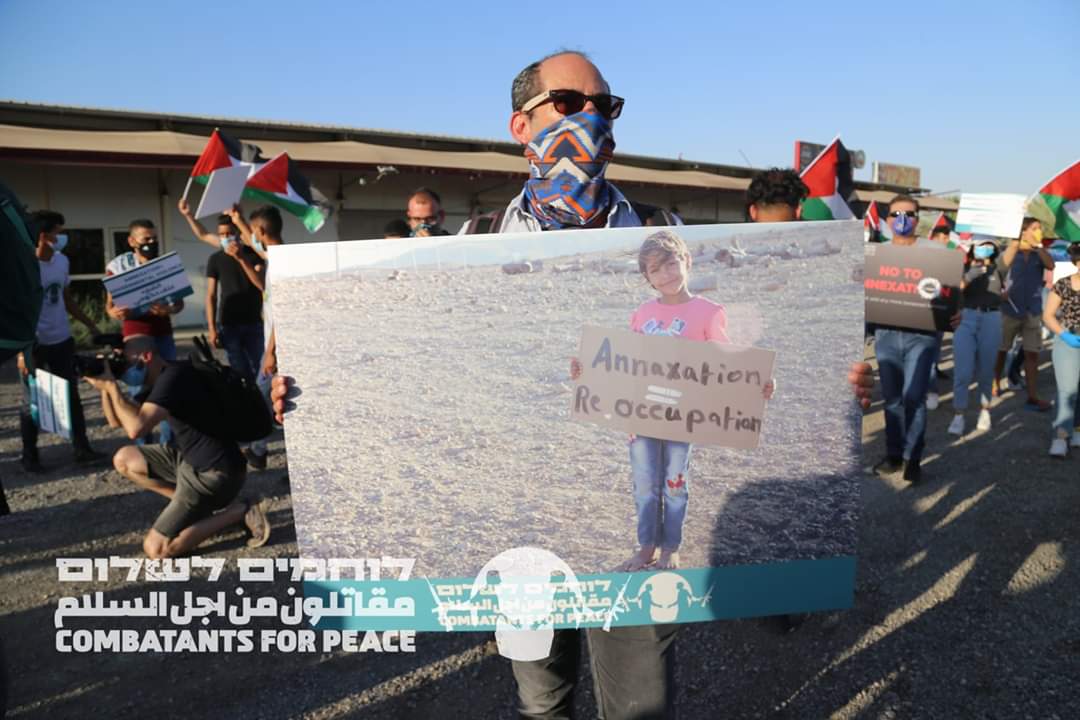 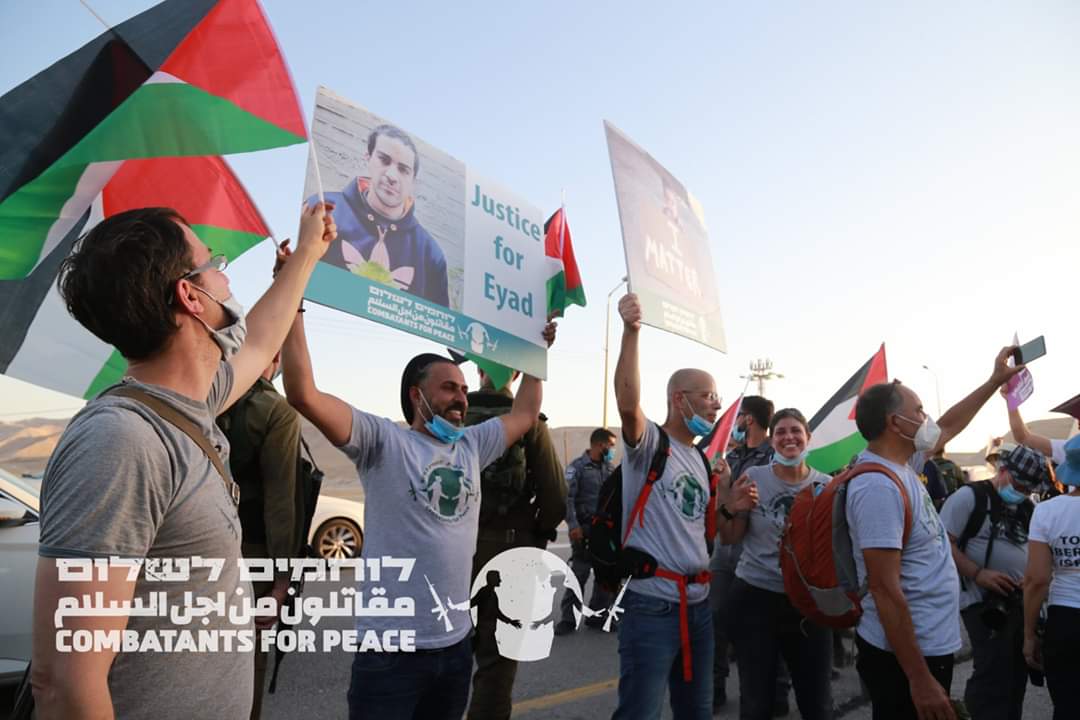 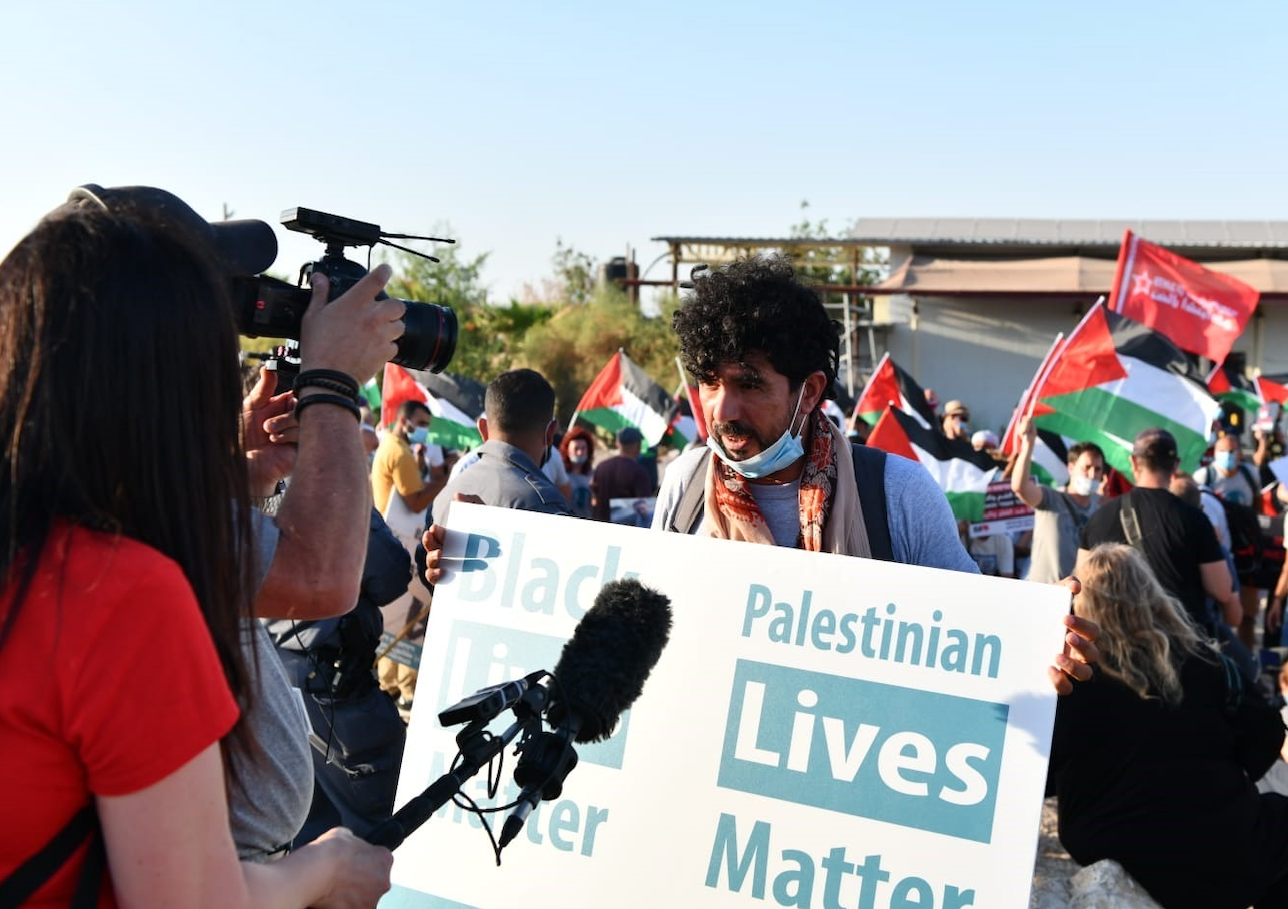