American Complicity in the Israeli Occupation:

A Series of Three Educational Events,
organized in collaboration with Churches for Middle East Peace

Talk 1: From the President to Congress – The IRS to the State Department 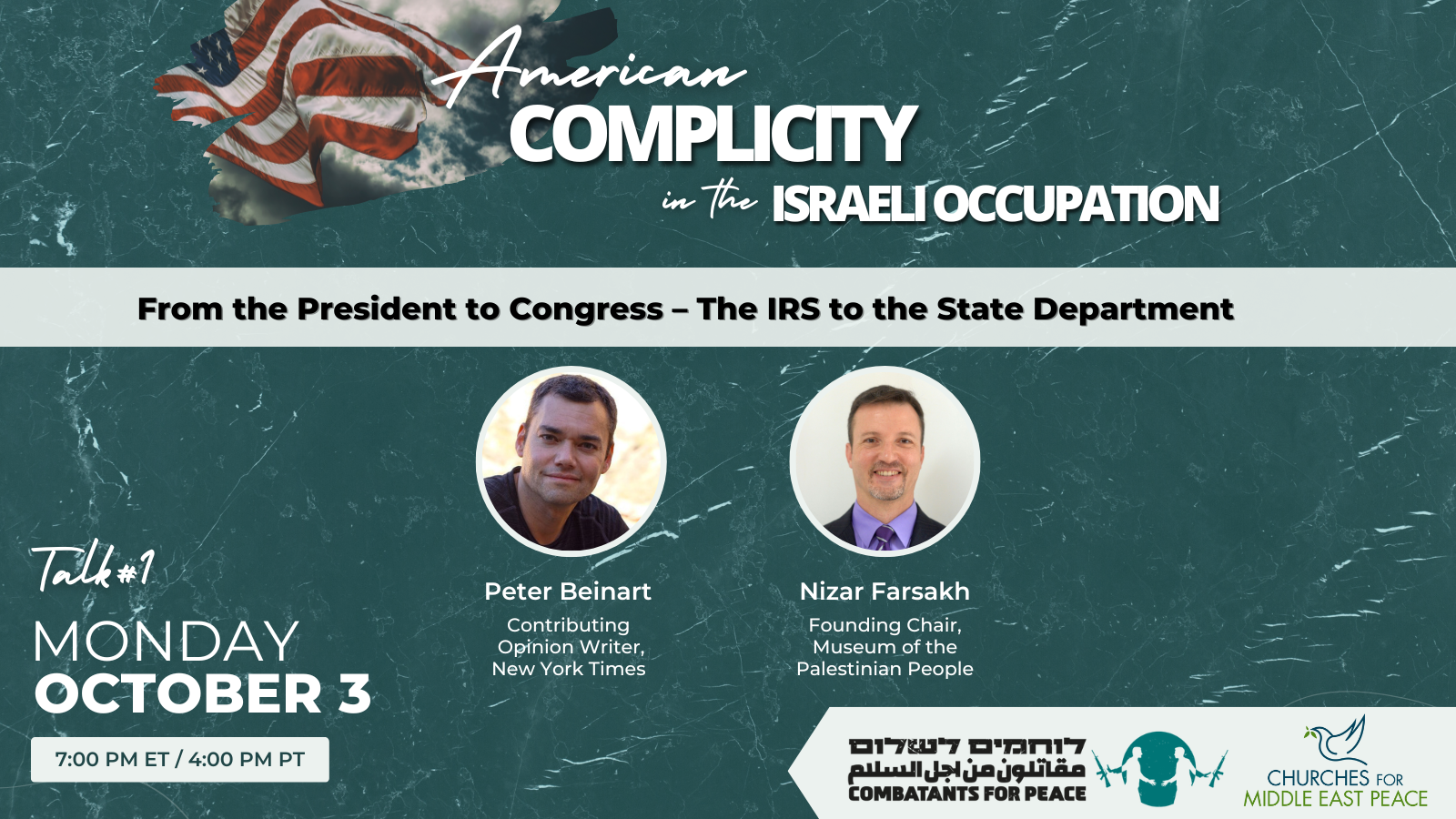 How are the institutions of American Government supporting and sustaining the Occupation, and how can American citizens push back?

Each year, the United States provides $3.8 billion dollars in military assistance to Israel. Despite a variety of Congressional mechanisms in place to ensure that American taxpayer dollars are not used to abuse human rights abroad, there is little transparency or supervision over the ways in which U.S. assistance to Israel is used. As a result, Congress, and by extension the American people, remain complicit in the ongoing Israeli occupation of Palestinian territory. In addition, on every level from the American State Department to the American President himself, American government/leadership supports and sustains the Occupation in both visible and invisible ways. What can be done to address this reality? How can we effectively advocate with Congress and the State Department? And how can we ensure that USA taxpayer funds are not and cannot be used to deepen the occupation and abuse Palestinian human rights?

In what ways, both public and private, is the American Evangelical Community supporting and sustaining the Occupation?

According to a recent Pew Research survey from March 2022, 70% of evangelicals surveyed believed “God gave the land that is now Israel to the Jewish people.” This belief has contributed to the formation of several Evangelical groups focused on building support for settlements throughout the West Bank. What is behind the overwhelming support for Israel from American evangelicals? How does this play a role in ongoing U.S. complicity in the occupation? 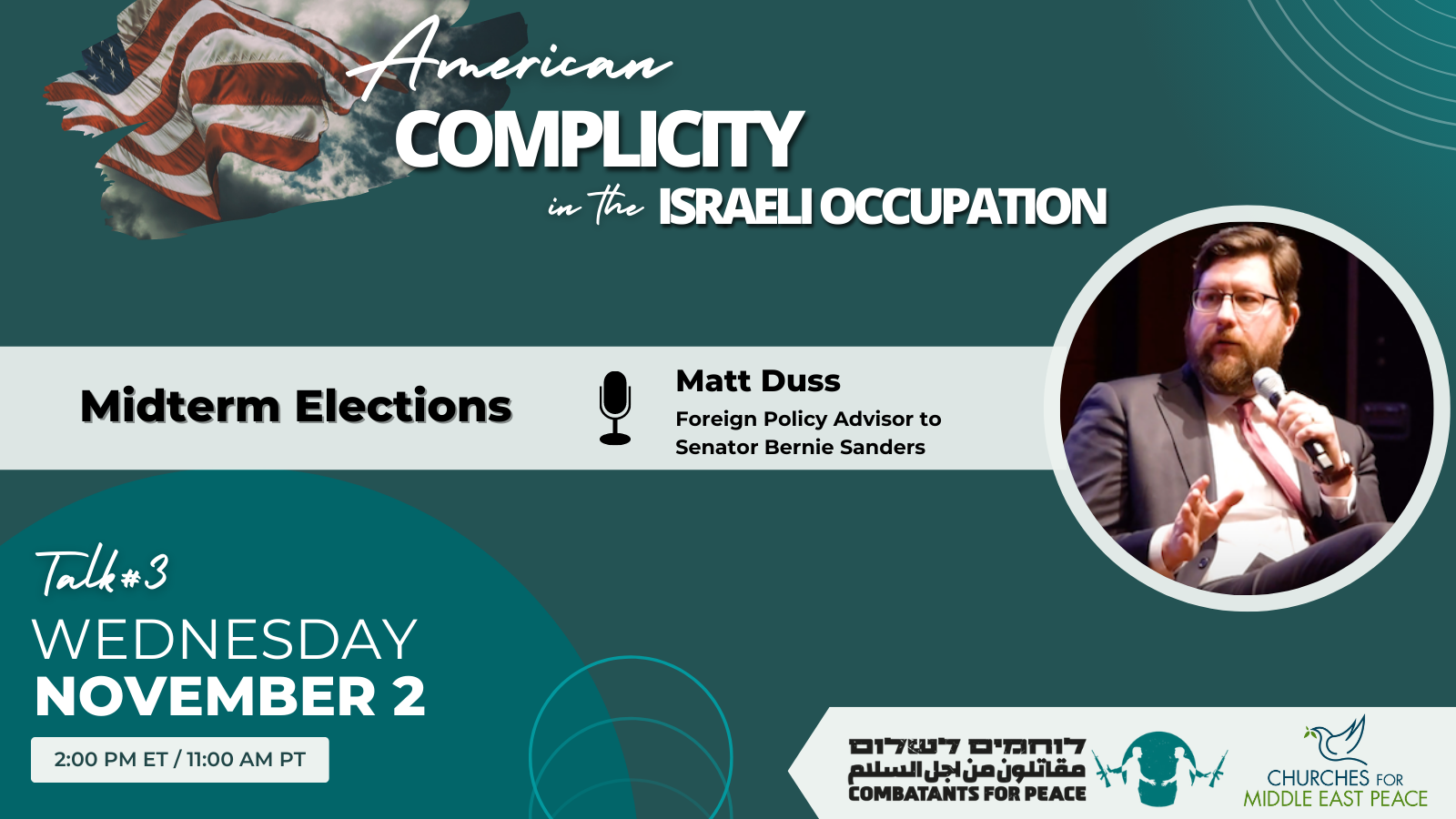 How will this upcoming American election influence the future of Israel, Palestine and the Occupation?

For decades U.S. support for Israel within Congress has largely been a bipartisan affair with military aid increasing regardless of whether Democrats or Republicans are in the majority. In recent years we have begun to see a slight shift in support for Palestinian rights in Congress, especially among newer members of the Democratic caucus. As we approach the midterm elections and the potential for power shifts in both the House and Senate, how will the outcome impact U.S. foreign policy toward Israel?

Watch our Previous Talk:
American Complicity in the Israeli Occupation

Jim & Jeremy discussed the the historical involvement of Americans in fostering the Occupation,
and how the USA must act today to help end it  — instead of continuing to exacerbate tensions.