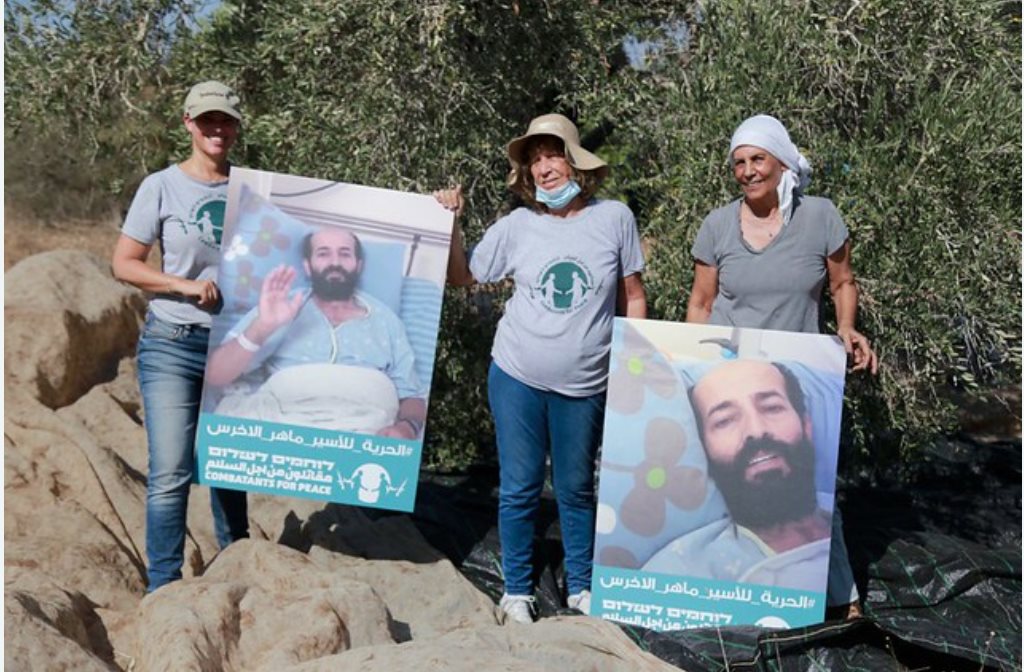 One of the first things I learned when I was drafted to the army is that countries hold a license to kill. At the time, I believed that Israel used this license only reluctantly, with thoughtful consideration, and only because we were in danger from the people on the other side.  With that belief I served for years in regular service and reserves, where I was trained, equipped and sent, along with my friends, to kill other people. I was certain that my country carefully weighed its options, and acted only to achieve security, never abusing its power or disregarding the suffering of others.

But what happens if the state uses its power without such discretion? What happens when this power is unleashed against a man who simply asks: What is my crime? Why was I arrested?

Maher el Akhras, like many others, is being held in an Israeli prison, under the pretense of what Israel calls ‘administrative detention’, an illegitimate tool that was legalized in Israel for what have been called ‘special security needs’. Akhras is a husband and a father.  His only crime is one for which he cannot atone: he is a Palestinian. To protest this injustice, he is on a hunger strike.

All that Maher and his companions are asking is to know the crime for which they were arrested. A defendant has a right to know what charges have been brought against him; or at least he would, in a just country that provides some protection to those who have been accused. This is not the case for the many Palestinians in administrative detention, including Maher, who continued his hunger strike for 103 days, refusing to eat until he was told what he had been accused of and why. This simple request is denied, again and again.

What happens when the state kills or abuses its citizens and those under its authority? It turns all its citizens into accomplices who are indifferent to the dying breaths of a man requesting justice.  With his hunger strike, Maher el Akhras holds up a mirror in which we see the occupation and the oppressive mechanisms that are applied to Palestinians. Every one of us who looks away from this – everyone who does not resist and protest this travesty – is cooperating with a brutal and unjust regime. Judges, state security workers, active duty and reserve soldiers, and indeed all tax-paying citizens, we are collaborators of a cruel government. Our country is turning us all into murderers –  not to protect us, but to legitimize anti-democratic and inhumane actions.

This is not the Israel that I have fought for, and this is not the state our mothers and fathers dreamed of when they founded it. I hereby call on all intelligence services, all combat soldiers, and all Israeli citizens – to refuse to cooperate with this injustice.

With this brutal abuse of power, our country is taking its license to kill and driving us over a cliff.  It will not stop at a red light and the system will run over us all. A country that causes the death of one person will not hesitate to cause the death of many.  We must refuse to be murderers.