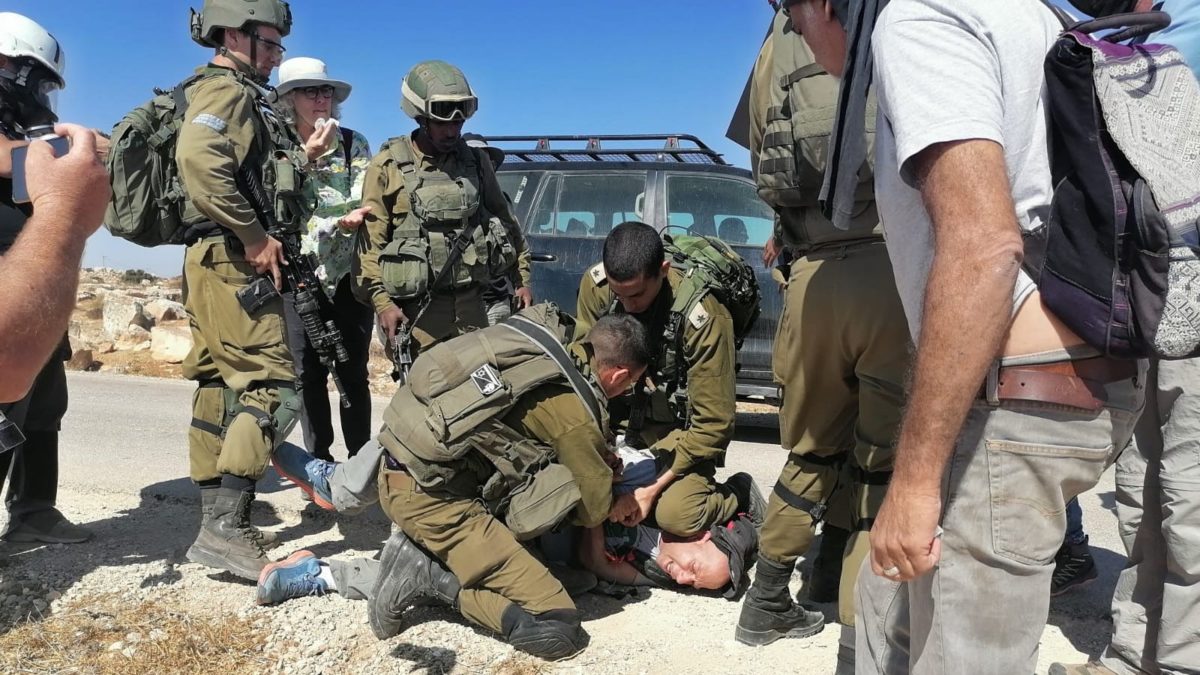 Six of our activists were injured and seven more arrested while delivering water to a Palestinian family outside of the village of Al-Tuwani, in the South Hebron Hills. The military stopped our convoy with the water tankard by shooting tear gas and stun grenades at those delivering the water.

Why? Because the village is only permitted water on Tuesday, Wednesdays and Thursdays – and we brought in the water on a Friday.

The Israeli military/government does not allow the village access to running water, nor are they permitted to gather rain water or dig wells. So, the villagers are forced to purchase water in expensive tankards from Israeli companies… but only limited water on limited days. With such little access to water many families struggle to have water to drink, cook with, clean their homes with, feed their livestock or farms with, or even bathe with.

Depriving Palestinian families of water forces them to leave their homes and villages, making way for settlement expansion. This deliberate, discriminatory policy of forced displacement must end. By bringing these communities water, we give them the opportunity to stay on their land and in their homes. As a result of challenging this racist system, our activists were brutally attacked with extreme, stunning violence.

Eli, who is in his late sixties, underwent eye surgery as a result of being thrown to the ground and beaten by Israeli soldiers. Tuly was also shoved to the ground, a soldier pressing his knee down hard on Tuly’s face and neck (as you can see in the photo above). Both Adam and Kholod received burns from stun grenades fired at them in close range. Tear gas was also fired heavily at the activists in short-range. The seven activists who were arrested were handcuffed, several were blind-folded, and all were locked in a sweltering van for hours. They were summoned to court, but in an act of civil disobedience, they did not appear.

The Israeli military issued a statement that they were responding to a “violent protest” which is a blatant lie! The officer who put Eli in the hospital was let off with nothing more than a gentle slap on the wrist. Local mainstream newspapers and media outlets have been buzzing. This incident is being discussed throughout Palestine, Israel, and internationally. Yet, while there has been intensive coverage about the violence of the soldiers, the fundamental issue of water rights is largely being ignored.

Without water no one can survive. The disparity in justice between Israelis and Palestinians is flagrant: every Israeli Settlement – whether built with or without permission from the Israeli government – is immediately connected to the water grid and provided running water. But many Palestinian villages in the same locations are not connected to running water and are systematically denied access to water. These same families live in substandard sanitary and dangerous conditions. Ultimately, this policy is an integral part of a larger strategy to impoverish and expel Palestinian communities in order to make way for larger settlement expansion, depriving Palestinians of fundamental human rights and forcing them off their land.

Depriving people of water and intentionally pushing them off their lands is ethnic cleansing. It is up to us to end this unjust and discriminatory policy. Our campaign for equality cannot and will not be deterred, no matter the response of the military. 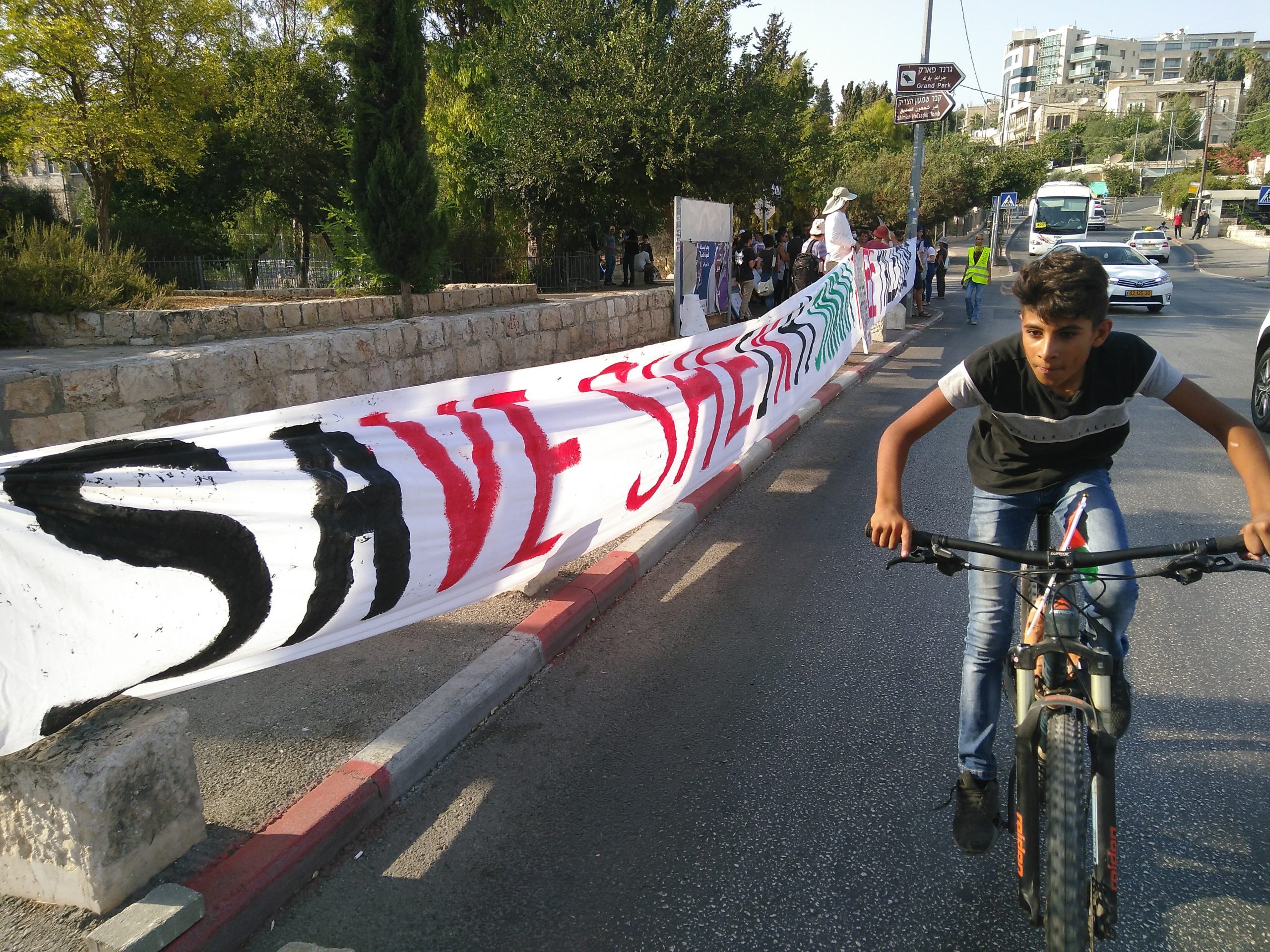