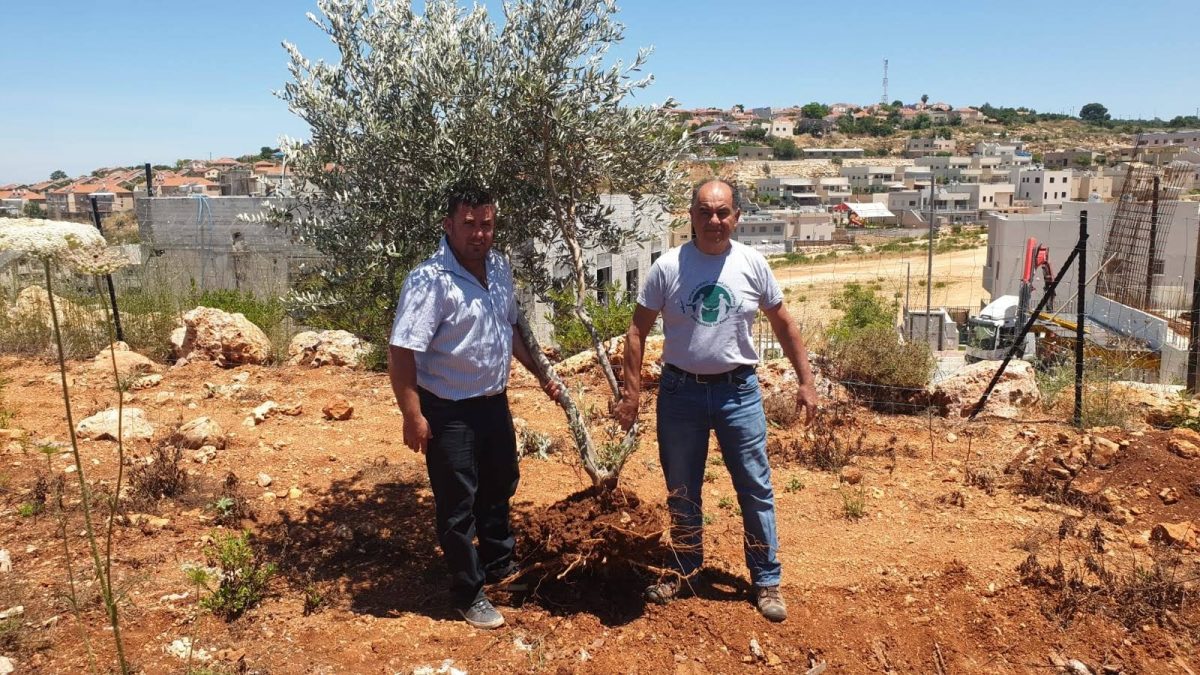 Israel was established in order to create a safe haven for the Jewish people. I was born here, and this is my home. I fought for my country during the Yom Kippur war, in the battle on Mount Hermon in the Golan Heights. My grandparents settled in this land more than a hundred years ago, with the dream of creating a vibrant and just society. The occupation of the West Bank destroys this dream. The impending annexation will fully shatter it. Until Palestinians are free, Israel can never be free.

As a member of Combatants for Peace, I visit Palestinians in the Jordan Valley and in other villages in Area C (the area of the West Bank controlled by Israel) on a regular basis. I have seen the way Israeli settlers harass the local community. Even worse, the Israeli Civil Administration and the Israeli army rarely defend the Palestinians, instead making their simple lives miserable by adding regulatory pressure and sometimes inflicting violence themselves.

I cannot express the disgust I felt a few weeks ago, standing in front of a large fifty-acre olive grove, in which all of the trees had been uprooted. This was done by a settler from Revava, a settlement that had expanded to the edge of this small Palestinian community called Haris. The owner of the land closest to the settlement, Amjad Sultan, told me that he had been pressured to sell his land to the settlers, but he refused. While Amjad was celebrating the end of a month-long fast during Eid el Fitr, the holiest Muslim holiday, an Israeli excavator uprooted all 200 olive trees in his grove. I remembered how, as children, we used to bring some coins from our allowance to school every Friday to donate to planting trees throughout Israel. It is unbearable to think that a Jewish settler could carry out the extreme act of destroying an olive grove in order to put pressure on its owners. And this was before annexation was declared. After annexation, taking land from Palestinians will most likely be an open strategy to rid Area C of its Palestinian residents. It’s excruciating to see my country inflict such pain.

Israel refuses to acknowledge the West Bank as an occupied area, even though the land and its people are controlled by the Israeli military and live as victims to the whims of young soldiers and settlers’ violence. But there can be no dispute about the way Israel treats the Palestinians in the West Bank.

One day, I was sitting with Eid Zakura from Rashash, a Jahalin Bedouin community of some 13 families in the hills above the Jordan Valley. I listened to Eid describe how the settlers, the Israeli Civil Administration and the Israeli army, each in their own way, and together, are putting an end to the Bedouin life the Jahalin have known for centuries. In the past, in the summer when food was scarce, Eid would walk with his herd of goats about five miles from their community so they could graze on the little grass available during those hot months. But now, Israeli settlers, with the help of the army, have limited those regular herd rounds to a mere one mile out. The army also prevents the Bedouins from getting water from their cisterns, claiming that they are too close to the army base. The army even forbids the Bedouins from collecting rainwater. So the community has to buy water, paying three times the price we pay for water in Tel Aviv. How can the Bedouin culture survive under such pressure?

And now, Israel plans to move from brutal occupation, to outright annexation. For Eid, the worst part of the coming annexation is the unknown. All the open land in the area could be annexed, so he has no idea if he will be able to remain in Rashash, or if he will have to settle in a nearby village, where he and his community would have to give up their history, culture and way of life. It would be a devastating transition.

The map of the planned annexation shows a deliberate attempt to avoid contiguity in the areas controlled by the Palestinians. Major roads that crisscross the West Bank will be accessible only to Israelis, with some additional roads and tunnels planned to connect the scattered Palestinian areas. This is not an effort to solve a conflict between two peoples; instead, it recalls the Bantustans of South Africa: a tiny state located within a larger state, and completely dependent on its larger neighbor.

The annexation plan is expected to cover only the land and not the people. Palestinians will not be given Israeli citizenship, equality or basic civil rights. The Israelis will be governed by Israeli law, and the Palestinians will be governed by a still undefined legal system. This is Apartheid: the complete segregation of two peoples. As a human being, and a proud Israeli, I cannot accept that this is what the leadership of my country offers the Palestinians as a way forward.

Combatants for Peace is working to build a community of understanding between Israelis and Palestinians, and to resist annexation. But this is not enough. Americans must oppose annexation and make their voices heard.