An Interview with our Nobel Peace Prize nominees 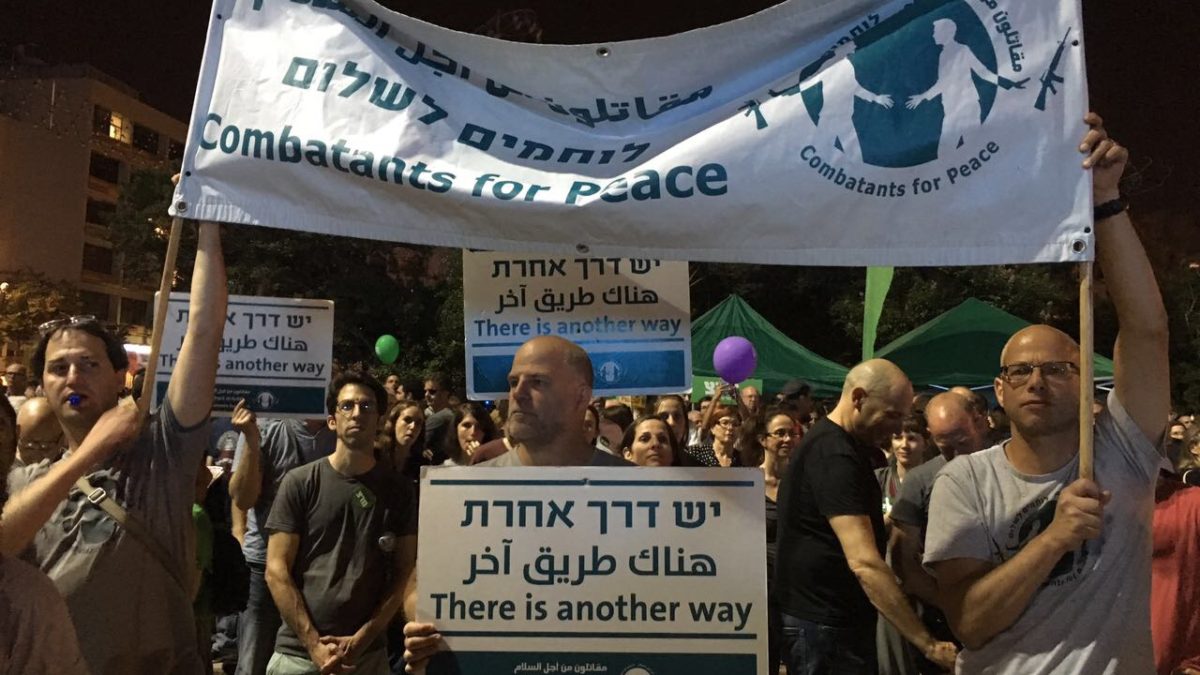 Here is the complete text of this year’s nomination letter:

Nomination of Combatants for Peace for the Nobel Peace Price 2018

I would like to nominate the Combatants for Peace for the Nobel Peace Price 2018. The Combatants for Peace is a totally unique peace organization that was formed 2006 by former Israeli soldiers and Palestinian combatants. They strive for a just peace in Israel and Palestine through ending the occupation and creation of dialogue and collaboration between former enemies.

The organization is exceptional since it is, to my knowledge, the only peace organization created by armed fighters from both sides of an ongoing and armed conflict in world history. Other veteran organizations are created after war ended.

Combatants for Peace is a true sign of the ability of people to find common ground and stand up for humanity in the midst of hatred, oppression and violence. These men and women have shown the amazing courage to go against the armed discourse within their respective community and collaborate with the “enemy”, replacing the guns and bombs with nonviolent means of struggle, and stand united together in their cry for peace and justice. Together they make marches, nonviolent activism, educations for peace and they commemorate the victims on all sides. Every time they speak and represent the organization they are two persons: one Palestinian and one Israeli. Every position in the organization is having two persons: one Palestinian and one Israeli. They are a true sign of humanity and hope in a time and in a situation of violence and despair.

In line with the intentions expressed in the Alfred Nobel will Combatants for Peace have through their organization and work reduced standing armies and created peace conferences that reduces the likelihood of war. Therefore they deserve to be recognized as the sign of hope they are through the Nobel Peace Price.

Specifically I nominate two of the founders, one Palestinian and one Israeli: Sulaiman Khatib, Managing Director, Co-founder (Palestine) and Chen Alon, Theatre Coordinator and Co-founder (Israel).

I recommend you to see the recent documentary movie about their work: Disturbing the Peace (2016). See http://disturbingthepeacefilm.com

With Peace and Solidarity,

Endowed Chair in the Study of Nonviolent Direct Action and Civil Resistance
Professor of Sociology at University of Massachusetts, Amherst  umass.edu/sociology/users/vinthagen